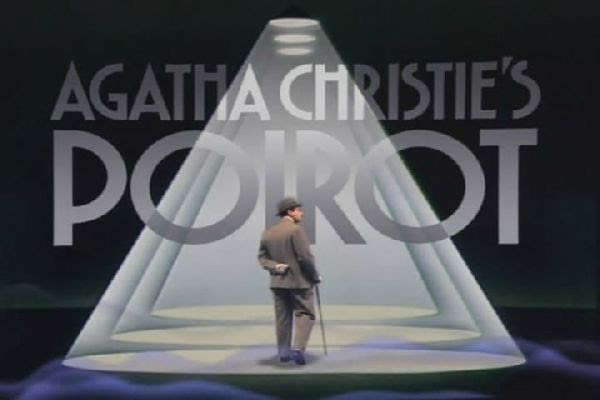 I am the bearer of happy tidings. For those of us who have longed for the earlier versions of David Suchet's Hercule Poirot (with Hastings), done with care and affection and general faithfulness to Agatha Christie's actual stories, here's good news:

The first year of the Poirot series is now available on Netflix Streaming. I discovered this by accident, so if everyone else in the world already knows this, then simply tsk, tsk, and move along.

I didn't know it. Imagine my surprise. Imagine my joy. I've already watched the first story: THE ADVENTURE OF THE CLAPHAM COOK in which we get Poirot's opinion of fresh country air. Too funny. "Poirot prefers the good air of the town!"

Also in the list, TRIANGLE AT RHODES which went on to become EVIL UNDER THE SUN. You're best off ignoring the second story, THE DREAM. It is pretty dreadful.  But the rest are excellent.

I'm hoping against hope that the second year of episodes will soon be available, and so on and so forth. I simply refuse to watch the newest versions. No fault of Suchet's but of the writers who have butchered Christie's plots.

And don't get me started on what they've done to Miss Marple.

David Suchet, the one and only Hercule Poirot.
Posted by Yvette at 1:43 PM