Wednesday: Quote(s) of the Day 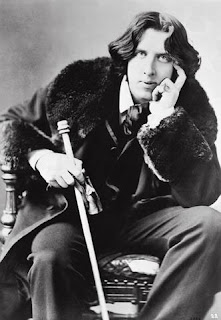 Today I've posted more than one quote. Primarily because the Irish playwright and poet, Oscar Wilde said so many things worth quoting, it's hard to pick just one. I've had a small book of Oscar Wilde epigrams since junior high. It's one of the first books I can remember buying. I've been an admirer of Wilde for years. 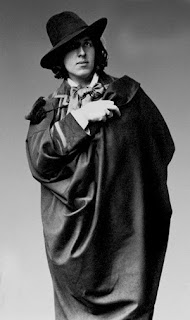 A man who desires to get married should know either everything or nothing.
It is an awfully dangerous thing to come across a woman who thoroughly understands one. They always end by marrying one.
We are all in the gutter, but some of us are looking at the stars.
A heart doesn't go with modern dress. It makes one look old.
One should always play fairly when one has the winning cards.
It is always nice to be expected and not to arrive.
Women are pictures, men are problems: if you want to know what a woman really means, look at her, don't listen to her.
One can survive everything except Death, and live down everything except a good reputation.
A bad man is the sort of man who admires innocence.
The only horrible thing in the world is ennui. That is the one sin for which there is no forgiveness.
I can resist everything except temptation.
Read about Oscar Wilde here.
Posted by Yvette at 4:32 PM

Email ThisBlogThis!Share to TwitterShare to FacebookShare to Pinterest
Labels: Oscar Wilde, Quote of the Day