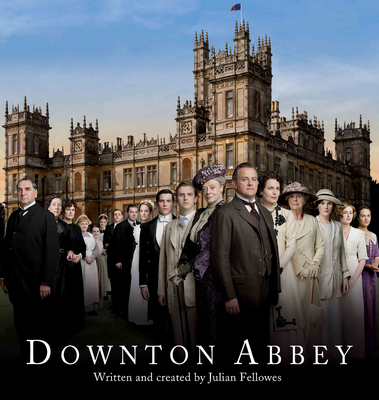 In a frenzy of I don't know what, I watched all seven episodes of DOWNTON ABBEY. Okay, I admit it: I was enthralled. I loved it. I wish there had been seven more episodes. I haven't been so taken with a series since the old days of Masterpiece Theater. This is great television. More, please.

Though, going forward, I see darkness down the line at Downton: WWI has arrived.

I am always unsettled by shows, films and books set around this time because of the historical fact of that dreadful war to end all wars. Unless the story is set in some sort of alternate universe, the war must intrude. And we're in for all sorts of ghastly doings.

So we know, if the series continues, some of the cast members are probably done for. I am mad about Brandon Coyle as Bates the valet. Hopefully he's too old to serve AND he has that bad knee. I am also crazy about Hugh Bonneville as Lord Grantham. He is extraordinary. An aristocrat with honor and scruples AND a touch of humanity. Just a lovely, lovely portrayal. (He also portrayed Mr. Bennett in LOST IN AUSTEN, another favorite of mine.)
I loved Jim Carter as Carson, the butler and Elizabeth McGovern as Lady Grantham. And, well, what can you say about Maggie Smith at this stage of the game? She is simply superb as the Dowager Countess of Grantham. "...what is a weekend?"

Their way of life is coming to an end quicker than perhaps any of them had thought. (If they thought about it at all.)

I do hope there will be more episodes going forward. Does anyone know if any are planned? They would be crazy not to.
As you can tell, I am besotted with this show. Why didn't I watch it sooner? PBS, what would we do without you?
Posted by Yvette at 11:54 AM