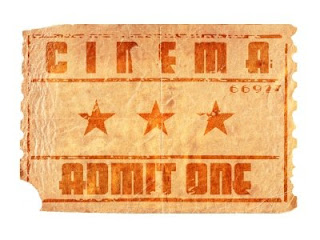 What on earth are they waiting for??

10 BOOKS THAT SHOULD BE TURNED INTO MOVIES - immediately, if not sooner:
Major Pettigrew's Last Stand by Helen Simonson
Mistress of the Art of Death by Ariana Franklin
His Majesty's Dragon by Naomi Novik
Agent Zigzag by Ben MacIntyre
Blackout by Connie Willis
The Sweetness at the Bottom of the Pie by Alan Bradley
Crocodile on the Sandbank by Elizabeth Peters
The City and the City by China Mieville
The Beekeeper's Apprentice by Laurie R. King
The Dreyfus Affair by Peter Lefcourt
Do you agree? Disagree? What books would you like to see turned into movies?
Let's make a deal, if I win the Super-Duper-Gadzooky-Gazillion Dollar Lottery, I'll option one of these books just to get the ball rolling. How's that sound?
Note: I know His Majesty's Dragon was optioned by Peter Jackson, but I haven't heard anything further. And The Dreyfus Affair has been optioned several times but nothing's come of that either. Don't you think that instead of just re-hashing old tv shows into films, Hollywood would pay more attention to the wonderful books that are positively languishing, waiting to be adapted to the screen? I know that not every good book makes a good movie, that's been proven, but my feeling is that most of the time, it's not the book's fault.
Posted by Yvette at 5:10 PM