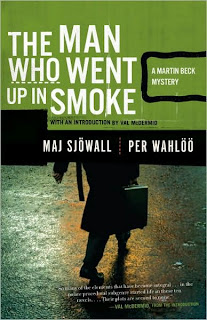 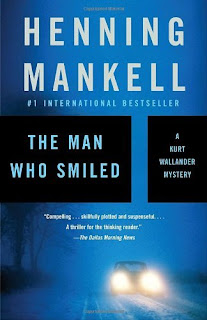 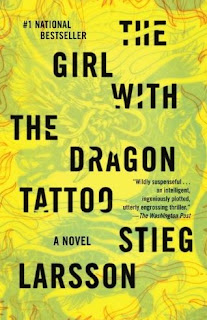 All the news seems to be about the ripe plum casting of Daniel Craig as Michael Blomkvist in the best selling suspense trilogy by Stieg Larsson, which appears to have finalized just days ago.
Then today's news of the casting of the actress to play Lisbeth Salander (known in my head as Salamander), someone named Rooney Mara. Don't know if she's well known or not, but I've never heard of her. Which isn't saying much, I don't seem to have heard of most young actresses today. Sometimes I feel as if I'm in some sort of cultural limbo. A lot of these people look and act indivisibly to me. But that could be because as I get older I'm not seeing things too clearly anymore - that's my excuse and I'm sticking to it.
Since I seem to be in the minority in my lack of affection for the Stieg Larsson trilogy, The Girl With the Dragon Tattoo, The Girl Who Kicked the Hornet's Nest and The Girl Who Played With Fire, I can't claim to be overjoyed at the casting news. But I do like Daniel Craig (to me he is the ultimate James Bond), so I may see the films eventually.
My confession:
I read the first book in the Dragon trilogy, thought it was barely okay and instantly forgot it. The second book I read about half way through and stopped, completely losing interest. The third book I skimmed a bit, but just could not get into it. What is wrong with me? Not much. I just don't have the patience for a lot of this sort of thing, besides I didn't find much of it very interesting.
Though they say the Swedish films based on the books and already in release, are excellent.
(Why there's going to be a second set of films based on exactly the same material, I just don't know. Maybe they surmise that the American public hates reading sub-titles.)
I read somewhere that because of author Stieg Larsson's untimely death, these books should be really viewed as drafts with the draft's usual short-comings. But surely if this is the case, there are brilliant editors out there who could have been pressed into service. This doesn't make for a very compelling excuse for foisting bad books on the public. (Not that the public seems to have noticed.)
I'm in the very minute minority, I know and that's happened to me before. I absolutely loathed the schlock that was The DaVinci Code. But that's another story.
It's not that I'm against blockbusters. I'm just against bad blockbusters. I know there are some other readers out there who didn't like Larsson's books, but we are few and far between. Sometimes it's just easier to go with the flow.
When it comes to that part of the world, I much prefer the books I've read by Hanning Mankell and the Martin Beck books I read years ago by Maj Stowall and Per Wahloo. In fact, if I were a smart publisher, I'd re-issue the Stowall and Wahloo books in nice trade paperbacks right about now. (Just found out that Vintage is, indeed, re-issuing the books. Smart. Harper Perennial brought out trade paperbacks as well. Though when I checked Barnes and Noble and a few other sources, the books didn't show up.)
Maj Stowell is still alive at the age of 75, still writing. You can read a terrfic interview with her done by the Guardian newspaper, here. Thanks to Sarah Weinman at her blog, for the info.
Posted by Yvette at 5:48 PM