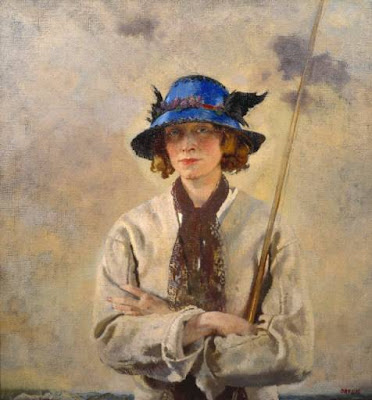 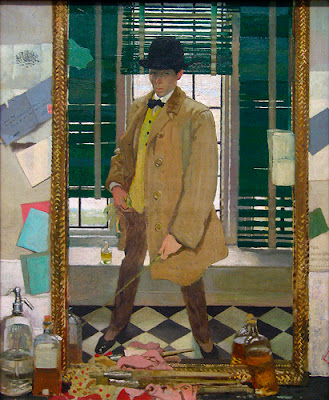 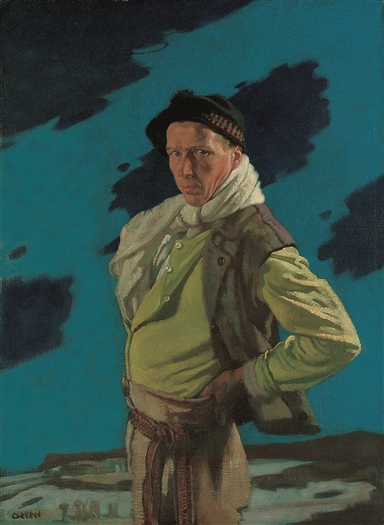 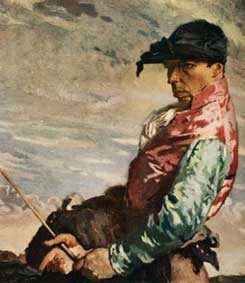 The Jockey - (Looks like another self-portrait to me, though it isn't listed as such.) 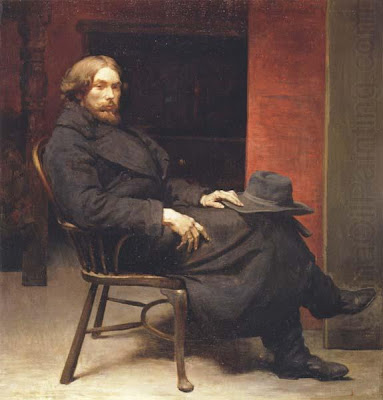 Portrait of the painter, Augustus John - 1900 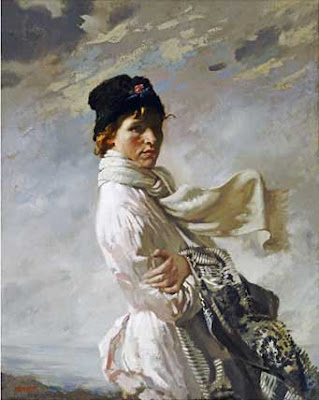 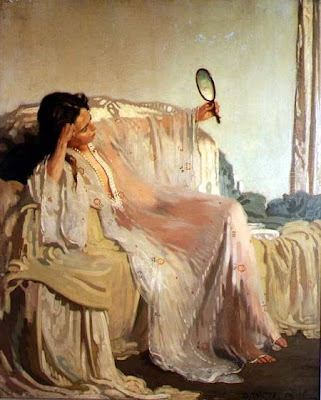 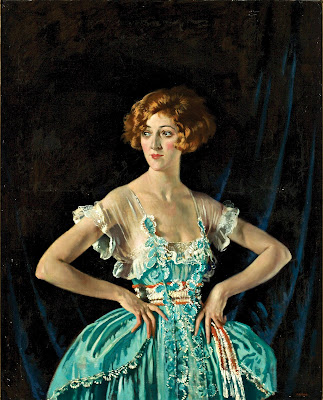 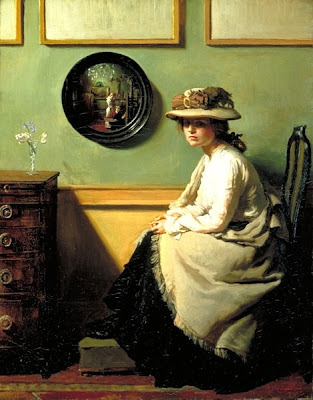 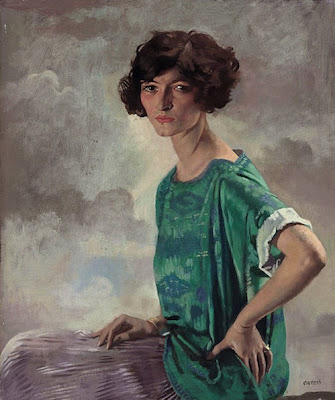 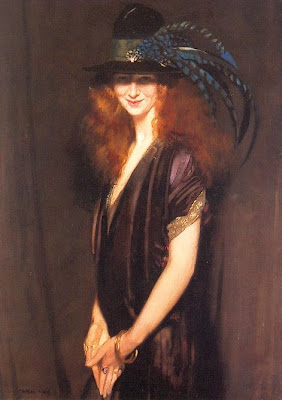 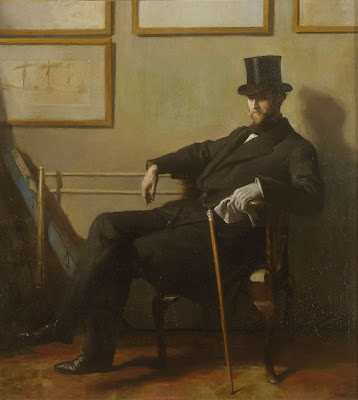 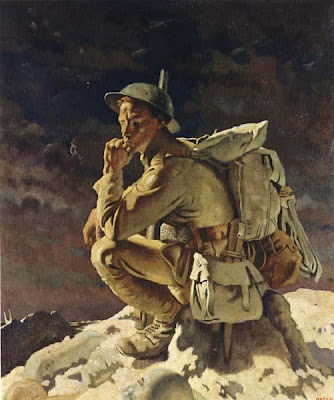 The Thinker - On the Butte de Warlencourt 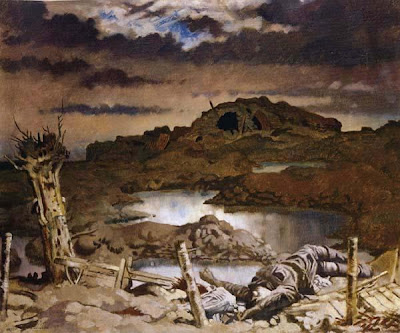 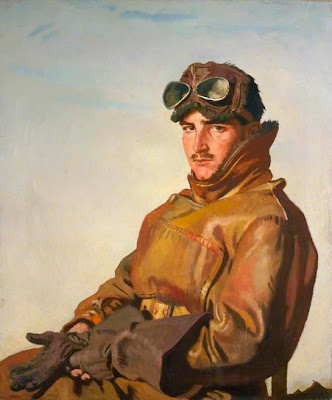 To An Unknown Soldier

Sir William Orpen (1878 - 1931) was an Irish painter born in Dublin. He lived and painted in England and became a famed war artist during WWI. Though he was well known during his lifetime and painted many portraits of the well to do, politicos and such i.e. President Woodrow Wilson, time wasn't kind to Orpen and he and his work virtually disappeared from collective memory in the years since his death at the age of 53.

I admit I'd never heard of him until I stumbled across a painting of his online while looking for something else. Orpen's work hangs in various museums, especially The Imperial War Museum in London, but his place in art history is apparently overdue a re-evaluation. (Prices for his work have recently increased and that usually means re-evaluation is currently underway.)

In 1917, Orpen was commissioned and sent to the Western Front to paint what he saw, along with several other painters of talent and renown, i.e. Sir John Lavery. Many of these paintings offer a grim account of life in the wretched trenches, the price of war, especially on the 'common' soldier. Orpen grew to despise the generals in command though forced to work for them as a main source of commissions.

In later years alcohol and ill health (due to his war exploits), helped curtail his life.

Sir William Orpen
I was taken with Orpen's work, quite moved by some of it. I hope you will be as well.

To learn about Sir William Orpen and his work, please check this link and also this one.

In 1909 Orpen painted a wonderful portrait of his friend and former pupil, Bridgit Glenavy nee Elvery, with whom he continued to exchange letters  for many years until their final falling out.

Many of the letters that Orpen exchanged with his friends were peppered with sketches and comments. Below are some examples:

Disclaimer: I do not own any of the images included in today's post not do I claim to have the rights to any of the artwork. I have garnered these images from various sources on the internet strictly for purposes of education and historic and artistic enlightenment.
Posted by Yvette at 4:25 PM