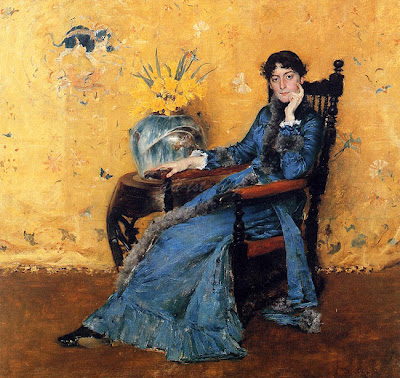 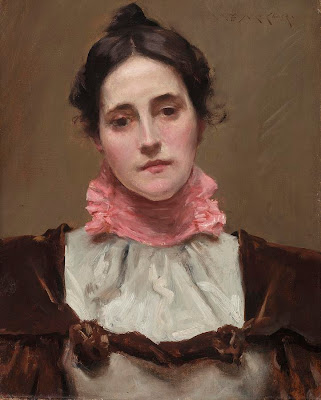 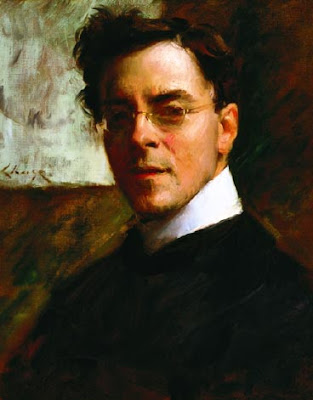 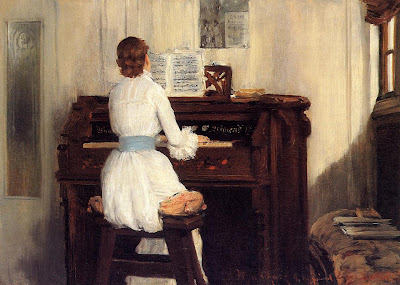 Mrs. Meigs at the Piano Organ 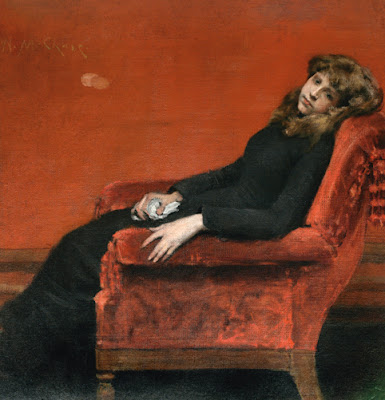 The Young Orphan At Her Ease 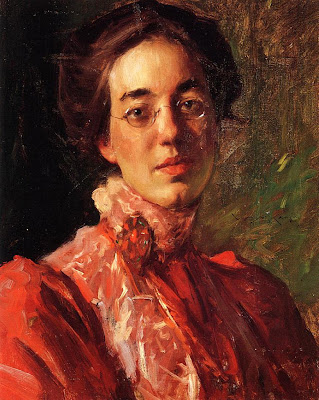 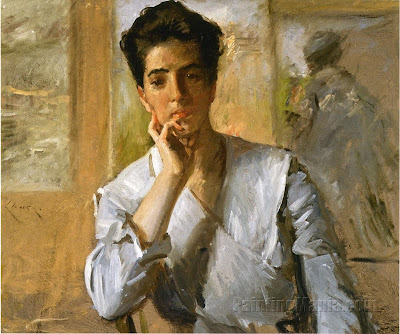 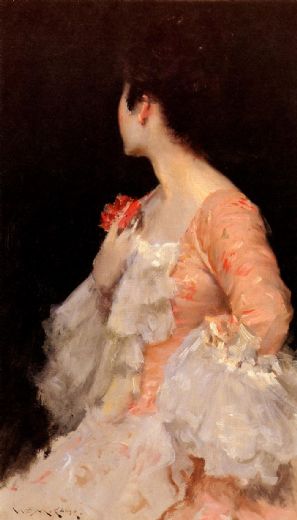 Portrait of A Lady.
William Merritt Chase (1849 - 1916), the American Impressionist was born and raised in Indiana. He showed an early interest in art, studied locally as best he could, and later had the opportunity to travel and study in Europe at the Academy of Fine Arts in Munich and elsewhere.

Heavily influenced by what he'd learned in Europe, Chase returned to this country a full-fledged Impressionist.. He married Alice Gerson in 1886 and between them raised eight children. Chase gained fame not only for his artwork and teaching ability but also for his flamboyance in dress and mode of living. 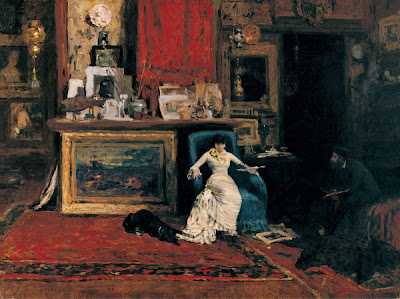 The Studio On 10th Street. 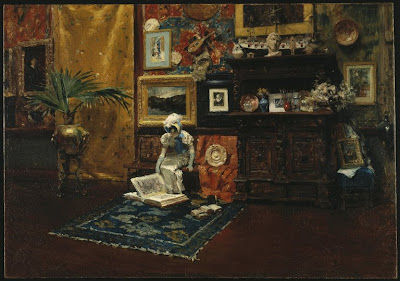 In the Studio
He moved into Alfred Bierstadt's old studio at the famed 10th Street Building (home to artists then and later) and set up a salon to suit his flamboyant taste. According to Wikipedia, Chase "filled the studio with lavish furniture, decorative objects, stuffed birds, oriental carpets and exotic musical instruments." 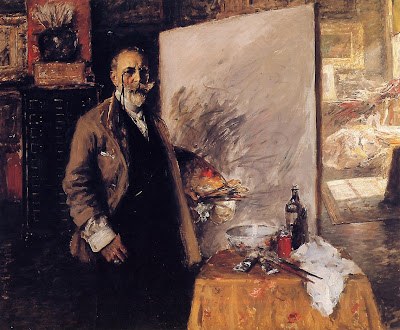 William Merritt Chase. Self-portrait.
Chase was fond of teaching and at the urging of a patron, opened the Shinnecock Hills Summer School on eastern Long Island in 1891. In 1896, he opened the Chase School of Art in NY which later became the renowned Parsons School of Design.

To learn about William Merritt Chase and his work in much more detail, please use this link.
Posted by Yvette at 12:31 PM