I'm happy to announce that I've been awarded the 7X7 Link Award not by one blogger, but by two! How cool is that?

Both Dorian at her blog, TALES OF THE EASILY DISTRACTED and Tracy at her blog, RANDOM RAMBLINGS OF A BROADWAY, FILM, & TV FAN very sweetly sent this award on to me after each received their very own. Thank you, ladies!

(I'm responding to both awards in this one post.)

Okay, so let's get cracking - here's my change to brag about my blog without anyone raising an eyebrow - TaDa!!

My responses to the seven questions asked as part of my award requirements:

1) Tell everyone something that no one else knows about:

Well, jeez, pretty soon I won't have any secrets left worth talking about. 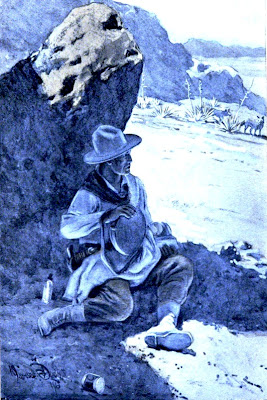 Well, not quite like it was. But use your imagination. Vintage illustration by Maynard Dixon, 1913.

I was once stranded in Nevada without any food, water, or cold hard cash. I'd foolishly packed my travelling  money in my luggage (suitcases were packed in a compartment under the bus). All I had to eat were three cans of diet liquid food (brought along for emergency purposes - hey, I'd never travelled across country on a bus before). I didn't even have the dollar required to pay for a glass of water. Luckily, a fellow bus traveller, a cute sailor, came to my rescue. I was able to save the canned goopy-guck for another day.

This was in the long ago, eons ago, when I was young and comely and kindly, good-looking sailors still came to my rescue.

2)   As per instructions, I now reveal what I think was My Most Beautiful Piece: 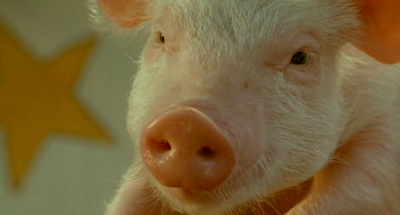 Beautiful in what way? Hmmm....I'll just take the plunge and say that I consider my Review of one of my favorite motion pictures, BABE, to be quite beautiful primarily because of the beauty of the film itself and the way I think (I hope) I expressed my love for its kindly, gentle message delivered by a little pink pig. BABE is a film you never quite forget. I hope I did right by it.

3) What do I consider my Most Helpful Piece? 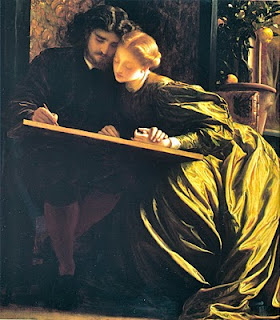 Well, I have to say that my Saturday Salon artists posts seem to me to be pretty helpful - at least in getting the artwork of many not-so-famous artists out there. Of course,  I do, occasionally go with some pretty famous names, but on the whole, I think it's the lesser-knowns who attract the most attention.

I love spreading the word on the work of artists who please me, personally. And what better way to do it than on my own personal blog?? Makes sense to me.

Simply scroll down a bit and look on my right hand sideboard for the above painting by Leighton. Under 'Favorite Paintings' it contains the link to all my Saturday Salon posts.

4) My Most Popular Piece:

As it's been for many who've responded to this question, so it has been for me - a total surprise, I mean. It's amazing sometimes how the blog post you think will be popular is eclipsed by something unexpected. Go figure.

Illustration by the inimitable Edward Gorey

HAPPY BIRTHDAY, EDWARD GOREY appears to be my most popular piece, at least, according to the Blog Stats. I love Edward Gorey's rather sinister (but charming) pen and ink work and have done so for years. I was glad to find out (though not really surprised) that love for all things Gorey is as widespread as it appears to be.

5) My Most Surprisingly Successful Piece:

Well, next to the Edward Gorey surprise, I'd have to say that a piece I did on the news that Johnny Depp would be undertaking a THIN MAN re-do seemed to get a lot of attention. This is the post on which I took artistic license with Depp's upper lip - and had fun doing it, too. 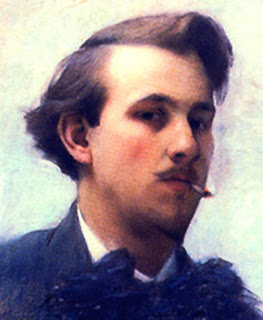 Absolutely one of my all time favorite paintings. The self-portrait of Marc-Aurele De Foy Suzer-Cote.  (1869 - 1937) Canadian painter and sculptor.

Off the top of my often head, I have to say that my Saturday Salon post, Men In Art, had a disappointing response. I thought for sure there would be some interesting comments - well, more than the four submitted - about the various ways men have been portrayed on canvas.

But maybe my approach was wrong.

At any rate, I liked the piece and it sure gave me a chance for some very intriguing research.

7) My Most Pride-Worthy Piece - A Cell Phone Rant:

I think the response to my rant about the use of cell phones in public made me feel pretty proud. I had no idea that so many people would agree with my ravings, so I guess what I felt was a kind of pride that I'd had the nerve to post about it in such a vivid way and pride in the fact that lots of other bloggers and civilians praised my gumption. Hey, I didn't think it needed all that much gumption (or praising), but maybe I was wrong.

The comments on that post sure made my day.

Okay, now I'm supposed to hand off the 7X7 award to 7 other bloggers, but I've decided that I'm no longer going to be passing on awards, no matter how delightful they might be.

I always feel that I can't do justice to all the blogs I enjoy visiting, so I'd rather demur on the side of caution. I hope everyone understands.
Posted by Yvette at 4:25 PM