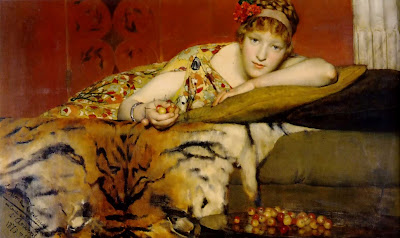 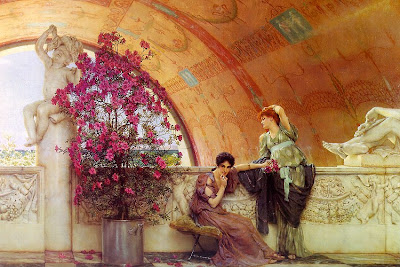 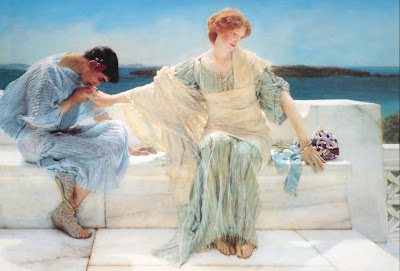 Ask Me No More 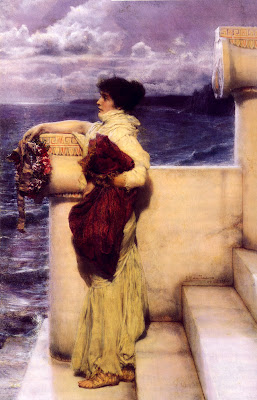 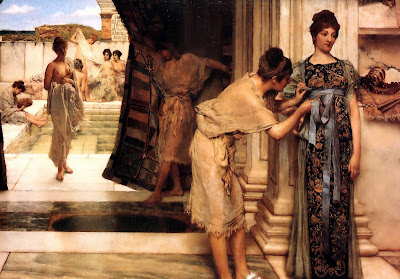 A Coign of Vantage 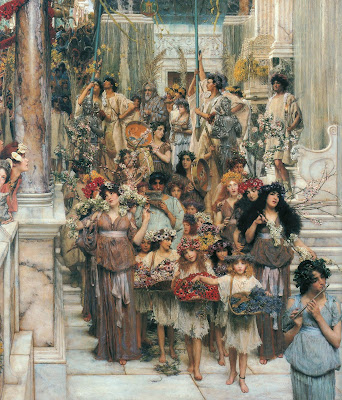 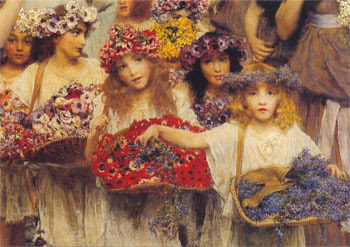 Lawrence Alma-Tadema (1836 - 1912) was a prolific painter born in the Netherlands and trained at the Royal Academy of Antwerp, in Belgium. In 1870 he settled in England and lived there the rest of his life.

A popular painter of classical-subjects, he was famed for his luxurious use of ancient Roman settings often with women of antiquity draped against marble in various attitudes of romantic repose. He also specialized in depicting historical and biblical scenes as well as narrative paintings of ancient Rome.

After his death, Alma-Tadema fell out of popular and critical favor, but in the 1960's, his work was re-evaluated and interest renewed. That's the way of things with artists - in and out of favor and no accounting for the whims of fate and taste.

My favorites have always been 'Spring' and 'Cherries'. But I have a grudging admiration for anyone who can create with such theatricality and an obvious love of the mythical past. Occasionally some of his paintings remind me of silent movies, perhaps because of the dramatic exaggeration of mood and pose.

To learn about Lawrence Alma-Tadema and see much more of his work as well as detailed explanations of his historical paintings, please use this link.
Posted by Yvette at 12:06 PM