What was Holmes thinking? Now we know. 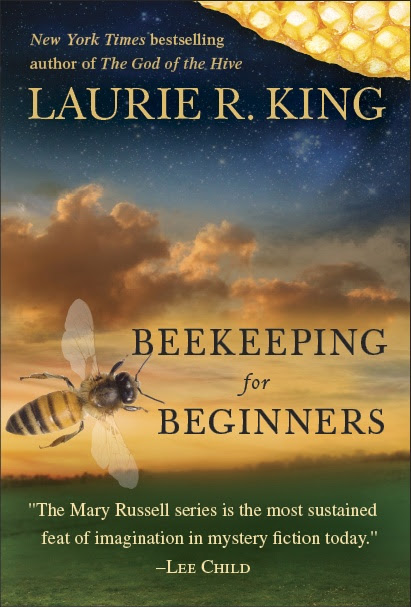 Now at long last, we know what Sherlock Holmes was thinking when he first met his future partner and wife, Mary Russell on the Sussex Downs lo, these many years ago.

We also realize (if we've read The Beekeeper's Apprentice) that Watson was absolutely correct in his estimation - though Holmes accuses him of being over-dramatic. Not true. Watson was right on the money.

BEEKEEPING FOR BEGINNERS is a short story recalling what was on Holmes' mind that fateful day. (The Beekeeper's Apprentice is written from Mary Russell's point of view.) For me it's just a bit of amplification that adds clarity to the events which at the time, for Holmes and Russell, at least - were momentous.

For me too, come to think of it since The Beekeeper's Apprentice was the beginning of my love affair with this wonderful series.

BEEKEEPING FOR BEGINNERS is available for 99 cents as an e-book. I've downloaded the Kindle for PC from amazon (it's free) and occasionally - at the risk of a headache - will read a story on my computer screen - it's it's short enough.
Posted by Yvette at 4:00 PM