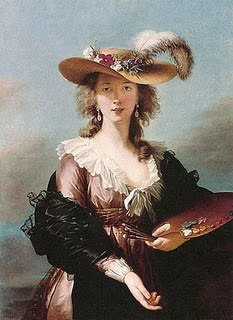 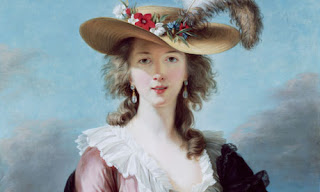 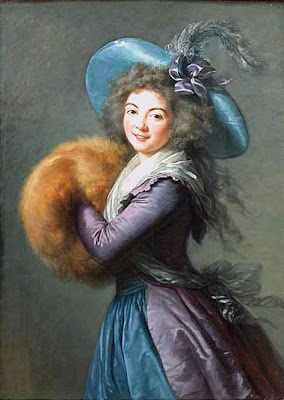 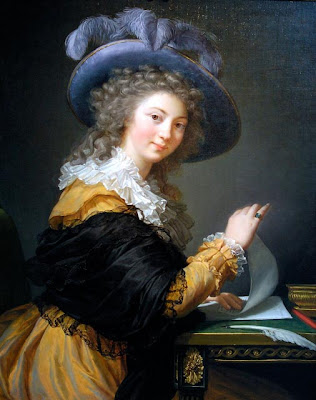 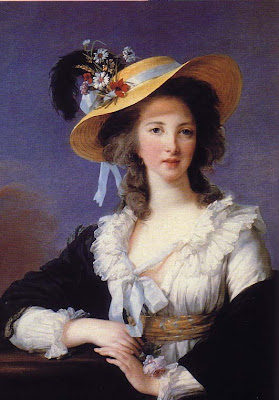 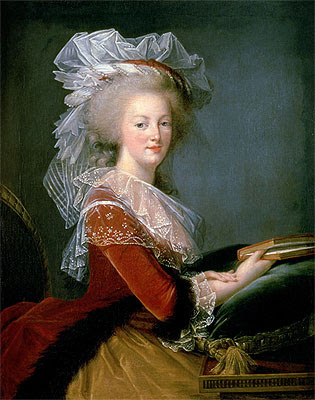 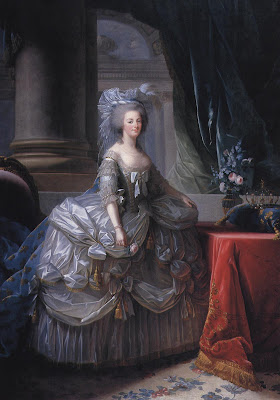 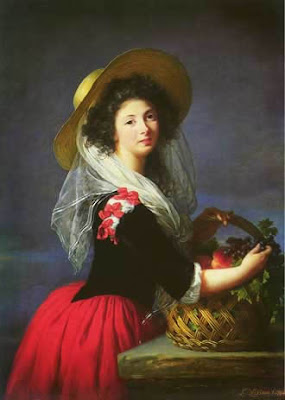 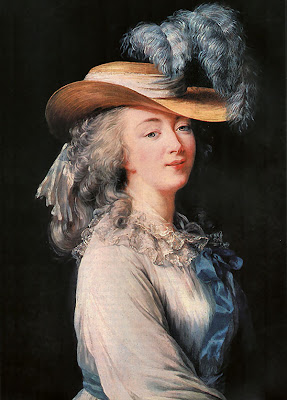 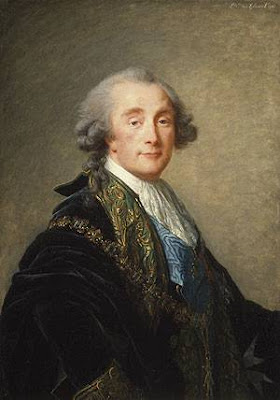 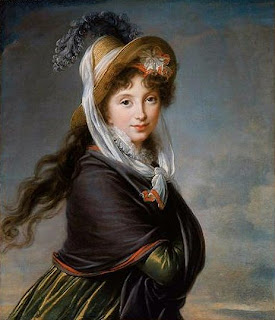 Portrait of a Young Woman. 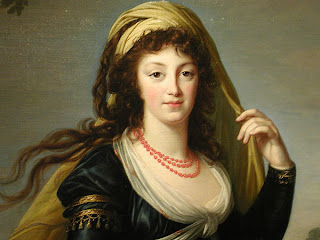 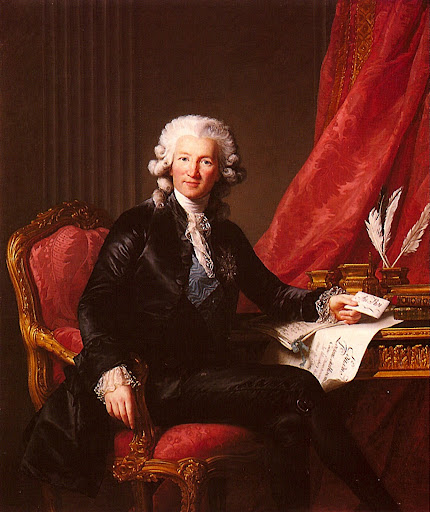 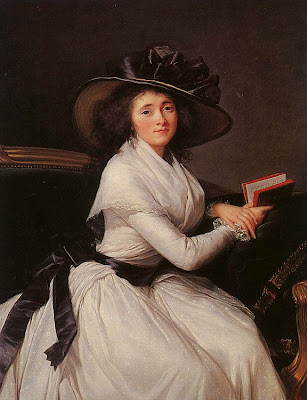 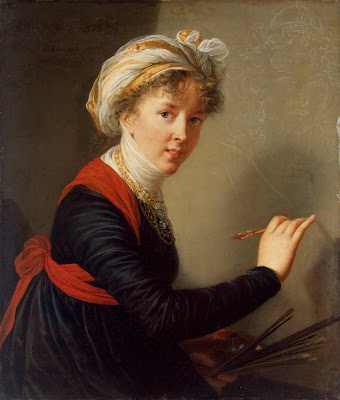 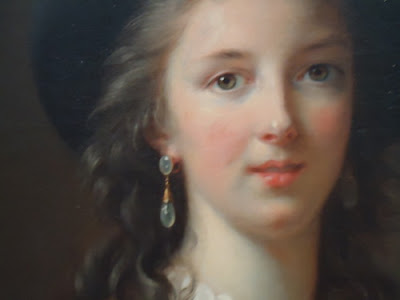 Self-portrait (Detail)
Marie-Louise-Elizabeth Vigee-Lebrun (1755 - 1842) was an artist self-trained in the Rococo and neo-Classic styles. Her Self Portrait in Straw Hat (see first painting at the top) is one of my all time favorite paintings, so I thought it was about time to display some of her other gorgeous work.

According to Wikipedia, Vigee-Lebrun was portrait painter to Marie Antoinette as well as the most famous female painter of the 18th century. (I have one of Vigee-Lebrun's Marie Antoinette prints framed in an absurd gold faux rococo frame. It hangs in my living room just for the fun of it.) 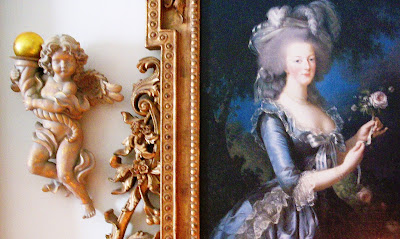 Of course it would be nice if Vigee-Lebrun were considered one of the most famous painters - period - but you can't escape categorization, most especially if you're a woman in the arts.

At any rate, by the time she was in her teens, Vigee-Lebrun was already painting professionally. She married in 1776 and eventually came to the attention of Marie Antoinette. She painted many portraits of the Queen and her family and became known as the Queen's official portraitist. Unfortunately, once the French Revolution burst upon the scene, Vigee-Lebrun, a staunch Royalist, was forced to flee the country with her daughter.

She lived and worked in Italy, Austria and Russia where her training and ability to deal with aristocratic clients came in handy.

She was eventually welcomed back to France during the reign of Emperor Napoleon I.

The main thing I like about Vigee-Lebrun's work is her ability to show the spark of life within her subjects. Those faces are anything but bland or blank. Despite the elaborate dress, wigs and outlandish feathers and glitter, these are 'real' people of the time.

The attention to detail in the hair and clothing also tells us a great deal about the look of the 18th century.

To learn more about Marie Elizabeth Louise Vigee-Lebrun, please use this link. From there you will be able to link to more of her work as well.
Posted by Yvette at 1:09 PM