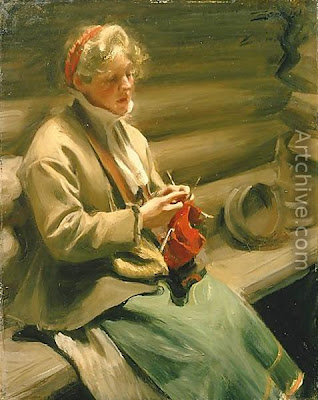 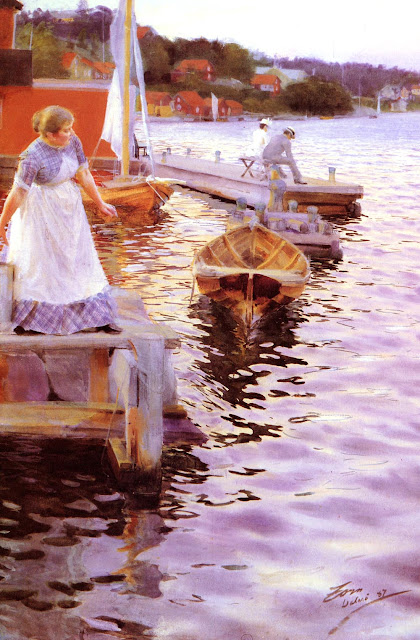 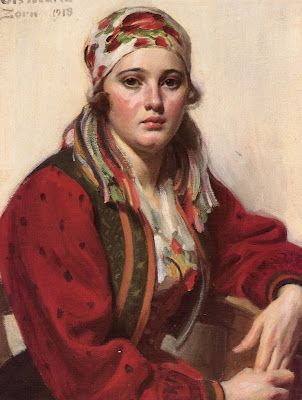 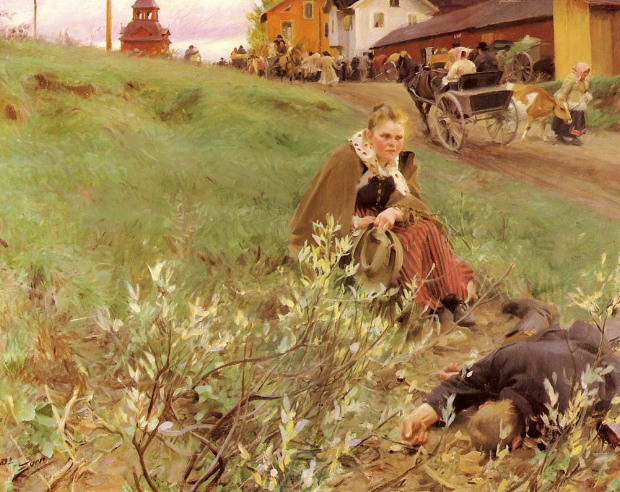 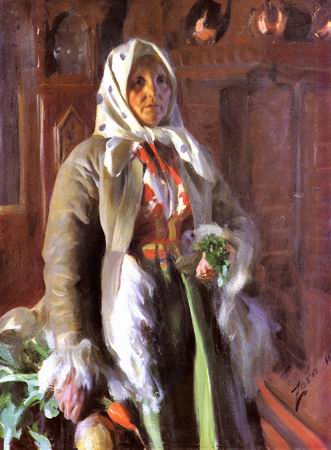 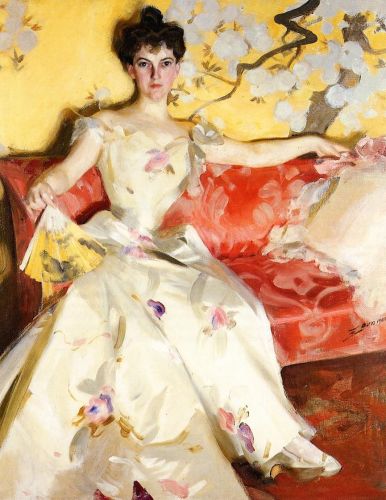 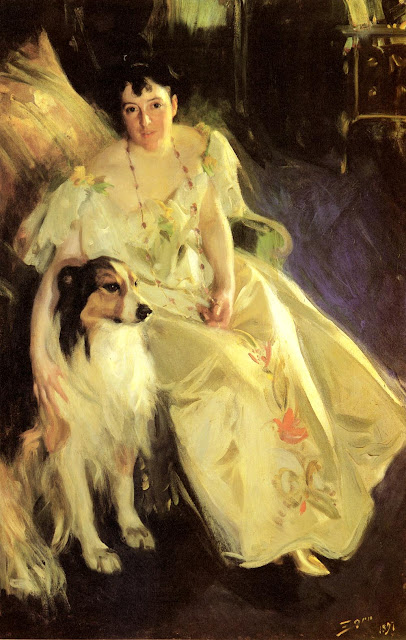 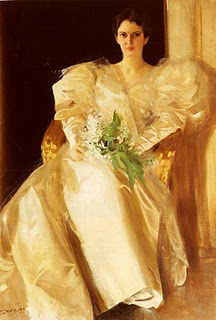 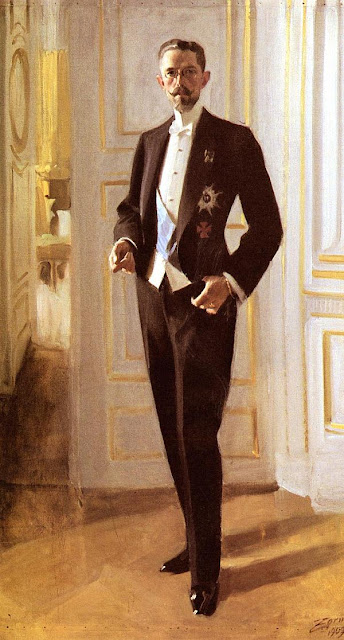 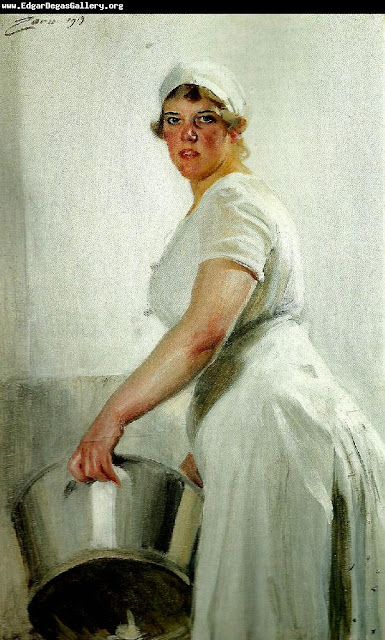 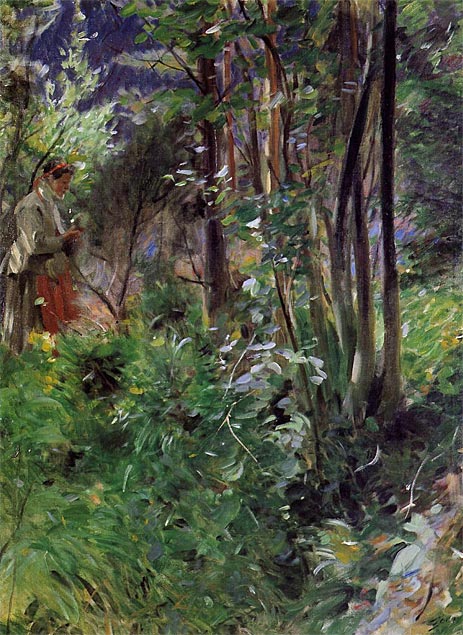 Woman In A Forest 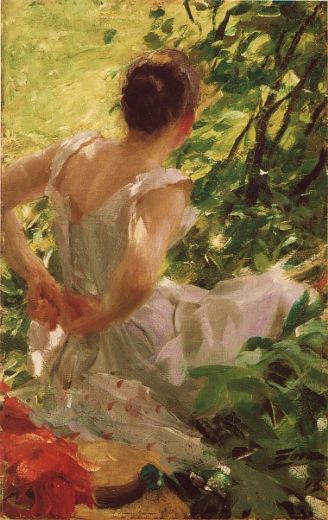 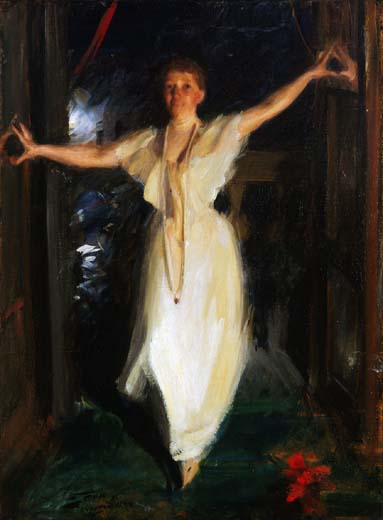 Anders Zorn (1860 - 1920) was a  famed Swedish painter, sculptor and print maker. When I spotted that gondolier's red collar (the first painting) - I knew I had come across something special.

Zorn was born in Mora, Sweden, in the hamlet of Yvraden and was raised on his grandparents' farm. At the age of fifteen (1875),  he began study at the Royal Swedish Academy of Arts in Stockholm, where he trained for five years.

He travelled extensively throughout Europe and to the United States. His early work was in water color but he later switched to oils. He was very adept at the use of negative space and as you can see he could handle realism as well as, later, work in the Impressionist style.

While I love all the paintings in my post, I have to say that the one of Mrs. Isabella Stewart Gardner just dazzles.

Zorn was skilled in portraiture (he painted several American Presidents) but also became famous for his nudes, sculpture and etchings. To learn more about Anders Zorn, please use this link.

Anders Zorn - Self Portrait
Posted by Yvette at 10:30 AM