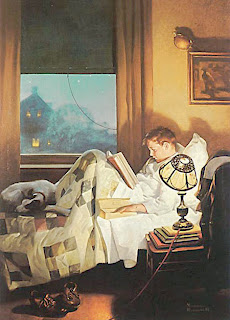 Crackers in Bed by Norman Rockwell.

Are you a series reader?

These days it's hard to get away from series since every publisher seems to favor them - the better to get return readers, I suppose.  Also, trilogies appear to be making a comeback - if they ever left the scene.

Well, I'm a series reader from way back so I'm all for it.

But the problem is, to my way of thinking, that some books are best left as stand-alones. There are characters and stories not really meant to continue, book after book. Also, not every author has a series in her. I'm never for forcing the issue.

Then too, some series just get weighed down after awhile, they become tired. Spent. It's obvious the author can't think up anything else to do with the characters. Time to call it quits. Easier said then done, I suppose.

Series are more popular than ever.

But what about you? Is this a happy trend?

Well, of course. These are timeless books to which we return again and again. 221-B Baker Street will always be a very special address. The allure of these stories has been theorized about and dissected many times. I won't do it here. It's enough to know that Holmes and Watson live forever. 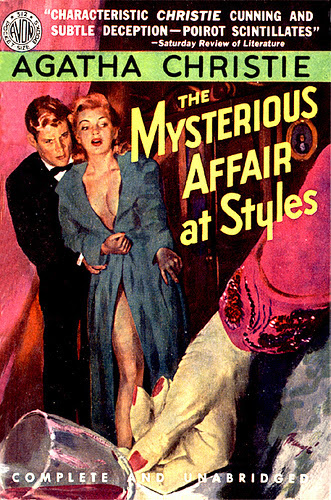 2) The Hercule Poirot and Jane Marple series of books by Agatha Christie.

I'm grouping them together because they're written by the same author of course. These books show how genre series should work in the hands of a master. But they are done in a fairly specific way: the main character never really changes much. Thank goodness.

Well, Poirot ages a bit, but not enough to prevent him solving crimes. (Except in the last book.) And Hastings does marry eventually and move to South America - which I always found odd - but then he comes back and everything is all right again. In these stories, Poirot and Jane Marple are the fixed points in their particular worlds. 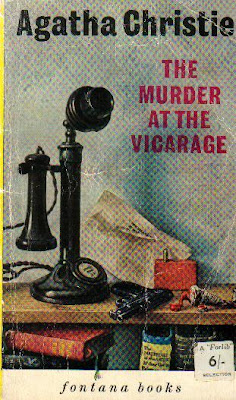 I've often wished that Christie had written a story in which they meet. But perhaps she was wise not to.

3) The Nero Wolfe and Archie Goodwin books by Rex Stout.

This is another perfect example of a series in which the main characters, the orchid loving genius and his wise-cracking alter ego, never change, nor do they age. In fact, it is essential that they NOT change. Again, they are fixed points.

That is part of their attraction, I think. No matter what, you know you can go visit the brownstone on 35th Street and all will be the same. It's only the mysteries that are brought to Wolfe's door that continue to change. It all works remarkably well. Possibly because Stout was a genius. 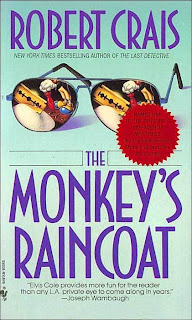 4) The Elvis Cole and Joe Pike books by Robert Crais.

My first encounter with a non-vintage L.A. private detective was, thankfully, luckily, with Elvis Cole - the world's greatest detective. (At least according to Elvis.)

I was never one for the L.A. lifestyle, I much prefer books set in NYC or Boston, but Robert Crais, Elvis Cole and Joe Pike soon changed my mind. These characters remain unchanged as well, though Elvis does, eventually, fall in love. But even that doesn't change him much. He's not going anywhere. He'll be there in that little A-frame California hill house forever. I hope.

Joe Pike, Elvis's silent, enigmatic and very dangerous partner does get a series of his own. But Elvis appears in that as well. It's just that those books are told from Joe's point of view. 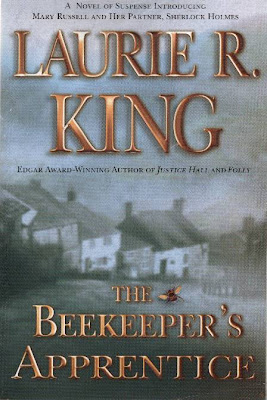 Here Holmes is not so much a fixed point. Nor is Watson - he has aged and is not really much of a part of King's series. Instead it's the Holmes of old but with a new side-kick, an apprentice who happens to be a young woman. Mary Russell tells these stories (with a few rare exceptions) in the first person, from her point of view.

Russell is just brilliant enough, just fussy enough, just eccentric enough to suit Holmes. This is an exceptionally inventive series. Especially so in the early books.

The Chet and Bernie books by Spencer Quinn - Dog and private detective - humorous.

...I know I've forgotten a few, but in the meantime, there's plenty of good reading here.