It's Tuesday again and that means Overlooked Films Day at Todd Mason's blog, SWEET FREEDOM. Don't forget to take a look at what other overlooked films and other A/V material, other bloggers are talking about today. Link.

Louis Malle's 1981 film, MY DINNER WITH ANDRE was basically a plot-less tale of two men in a restaurant having a long conversation. It was a critical sensation once upon a time. I watched it then with a bemused attitude, sure I was on the cutting edge of something or other simply by viewing the film.

Actually it was surprisingly interesting and I stayed through till the end.

So what does that have to do with my current Overlooked Film choice? Well, THE MAN FROM EARTH is a 2007 movie from the pen of short story writer and Star Trek and Twilight Zone alumnus, Jerome Bixby. It is basically a story with a strong premise and little else but the intriguing conversation of a few friends at a mountain cabin.

The camera stays inside that cabin for most of the story though it is definitely a science fiction tale. Despite the movie poster, there are no special effects, no explosions, no space ships, no computer generated graphics.

The only razzle dazzle is the implausible main idea of the story. The resulting conversation and the one incredible reveal (followed by another nearer the end) is razzle dazzle enough for me.

I have a tolerance for long snatches of conversation in movies if it's about something that piques my interest. I just don't mind listening and using my imagination. But if you prefer sci-fi with lots of visual movement and mind-bending special effects, THE MAN FROM EARTH is not for you. The cast of unknown actors is adequate, no one really stands out. (They're unknowns for a reason.) All are mainly television actors with generic looks. They're not terrible, it's just that it's easy to see how, with a cast equal to the material, the film could have been a powerhouse. It's a shame really. But then, you can't have everything.

This is one film in which the script is so damn good, you won't really mind the less than brilliant acting.


Here's the plot:
John Oldman (his name is kind of an 'in' joke) is a man in his thirties, a professor at a western university. At the beginning of the film, he's informed the school and his friends that he's moving on after having spent a few years on the teaching staff. 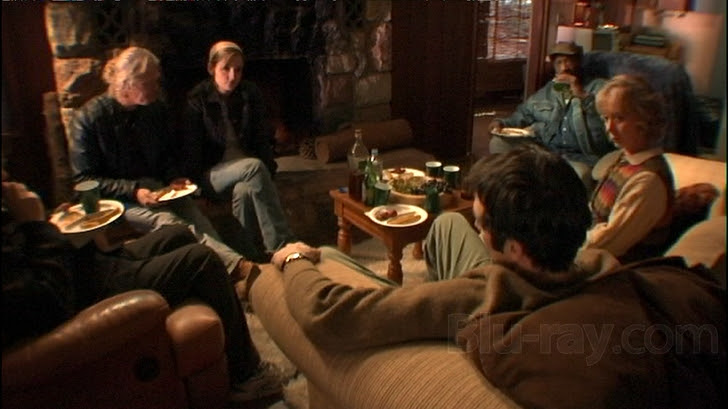 The group of friends gather at John's cabin in the woods for a farewell party. John is leaving in the morning, off for parts unknown. Of course, his friends are still trying to get him to stay, especially since the only reason he will give them is that it's time for him to move on.

During that evening's  drinks and conversation, John finally offers them the incredible explanation he'd been holding back. He must move on because he cannot age nor can he die. He is an immortal. While he remains the same, everyone around him will begin to change and grow old. The eventuality is that they would soon notice he looks the same as the day he arrived on campus years before. To prevent that revelation, John simply picks a time to move on.

He has spent the centuries, moving from place to place, country to country, always living under assumed identities. John has been on earth for 14,000 years. He has no clue why he is the way he is and how he got that way. All he knows is that he exists. 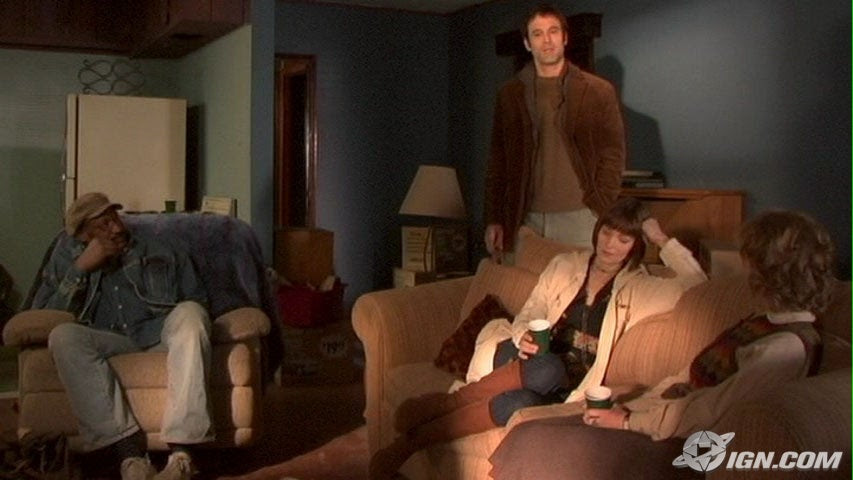 Though they like and trust him, John's friends are all hard-nosed realists, professors of various sciences. They immediately think John is carrying out some sort of practical joke. They kid him about it, then they interrogate him for details, determined to turn it all into an intellectual exercise. Seeing as how John won't admit it's a joke, they indulge him his eccentricity of the evening. It makes for very stimulating conversation.

Only one of the group believes him, a young woman, an assistant professor who obviously has hopes for some sort of relationship with John. (This is the main weakness in the script, but it's not deadly.) The casting of this woman is particularly inept since she looks more like a runway model than anything else.

You'd think a guy who's been alive for 14,000 years would not be making googly eyes at a fashion model, but, hey, nobody's perfect. Not even an immortal.

So that's basically the plot. The more these people talk amongst themselves, the more they try to trip up John, the more he digs in and answers them truthfully. Until the one moment when his story takes on a very unsettling turn and he makes a startling revelation.

One of the older professors, a deeply religious woman, is outraged by John's story. He sees he's gone too far, the others are genuinely upset with him, so he admits it's all a practical joke and he hopes they'll forgive him for his odd sense of humor.

They all laugh about it, still a bit uneasy, but determined to accept John's explanation. It's time to call it a night. 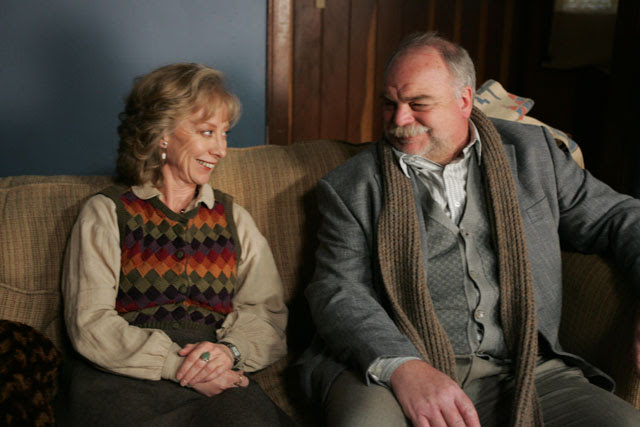 As they're leaving though, yet another professor, an older man who'd been the most unbelieving of the lot, makes a life altering discovery when John lets slip one of the names he's lived under in the past.

This is a film basically about ideas. Ideas put forth in conversation rather than in scene shifting visuals. Ideas you'll want to talk about.

It's a movie that grabbed my imagination.

To read more about the movie and the full cast and to watch the trailer, please use this link.

THE MAN FROM EARTH is currently available for streaming at Netflix.
Posted by Yvette at 10:30 AM