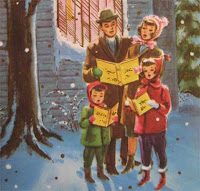 Obviously, as S.J. says, this was rehearsed so it's technically not a real flash-mob type occurrence, but hey, it's close enough and who cares about 'the how' of if when the result is so spectacular.
Thanks so much, S.J. for passing it on.
Posted by Yvette at 1:24 PM