Favorite Austen Films To Give As Gifts 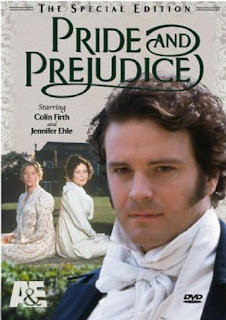 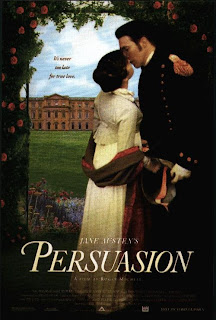 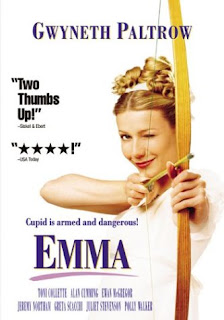 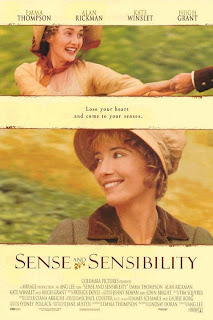 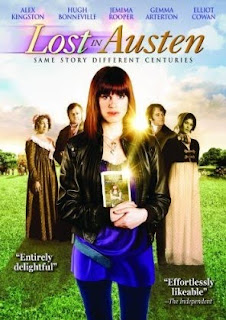 These are my very favorite Jane Austen films. (Four are based on her books, one is a smartly done pastiche with Elliot Cowan as Mr. Darcy, giving Colin Firth a run for his money.) Any one of them would make a great Christmas gift in dvd or (if available) in blu-ray version.

Pride and Prejudice To my mind, this is the ultimate Pride and Prejudice. Jennifer Ehle is perfection as Elizabeth Bennett. And Colin Firth as Mr. Darcy, well, need I say any more? The entire series is beautifully cast. Not really a film, since it was a series of several episodes, but it shows like a film.
Persuasion This is my favorite film version, so far. I loved the strangely attractive Ciarin Hinds as Captain Wentworth. I also liked Amanda Root as Anne Elliot - she has the most quietly expressive face. The rest of the cast is terrific as well. These films all have such wonderful English character actors.
Emma Gwyneth Paltrow surprised me by how good she is in this. I am not her biggest fan, but she's terrific in what is not, admittedly, an Austen story I'm crazy about.
Sense and Sensibility I am the world's biggest Emma Thompson fan, but I can't help but think, every time I watch this film, that she seems a little too old for Hugh Grant's character. (Maybe she's older than him in the book? Don't remember.) I've always felt that Hugh Grant was miscast. But obviously that hasn't stopped me watching the film and admiring Ang Lee's direction and the gorgeous camerawork. Main reason I love the film so much: Alan Rickman. He is truly wonderful as the patient, older, suitor-in-waiting.
Lost in Austen As a fantasy pastiche of Austen's Pride and Prejudice, this works very well. (It calls for LOTS of suspension of disbelief, though.) For an Austen fan, it is one of those 'feel good' ultra-romantic movies that leaves you smiling at the end. Elliot Cowan steals the show as Mr. Darcy. This was also, I understand, meant as a series, but works beautifully as a movie.