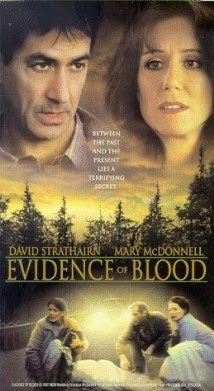 Tuesday is Forgotten (or Overlooked) Film day - the weekly meme hosted by Todd Mason at his blog, Sweet Freedom. So don't forget to check in at Todd's to see what films, television or other audio/visuals other bloggers are highlighting today. We're an eclectic bunch.

My entry is EVIDENCE OF BLOOD 1998, an above average thriller (made for television) directed by Andrew Mondshein and starring David Strathairn and Mary McDonnell, an actress with one of the most elegantly expressive faces in films. But because she's got a couple of wrinkles, she doesn't work as much any more. Our loss. (Unfortunately, I believe she has since  succumbed to the temptation of face configuration and doesn't look nearly as wonderful or interesting as she did without it. Hollywood's obeisance to the fountain of youth has a helluva lot to answer for with so many beautiful woman ruining their looks with ill-advised surgery. Notice that Strathairn's wrinkles aren't held against him.)

I discovered this film (based on a book by Thomas H. Cook) on Netflix, read a couple of the quicky reviews (that's about all I allow myself when it comes to online reviewing of ANYTHING except books, shoes and appliances) and decided that since I like David Strathairn as well as Mary McDonnell, I might as well take a look.

Strathairn plays Jackson Kinley, a Pulitzer Prize winning true crime author bothered by nightmares not eased by his having had to witness the execution (electric chair) of a serial killer about whom he'd written a best seller. The killer's taunts haunt Kinley as he prepares to go home to small town Georgia following the death of his father, the sheriff (possibly retired or about to, can't remember). At any rate, once back in the stifling small town atmosphere, a hazy, mysterious event from his troubled childhood enters his nightmares and triggers the asthma Kinley has suffered from since he was a boy.

In the not-so-friendly town where everyone knows everyone else's business, Kinley can't help but become involved (at first peripherally) with the forty year old murder of a young woman - something his father had apparently been re-investigating before his death.

Though the case was supposedly solved and the killer long ago caught and dealt with, it is quickly apparent that an innocent man was executed. (No spoiler here, this is made rather clear almost from the beginning.) 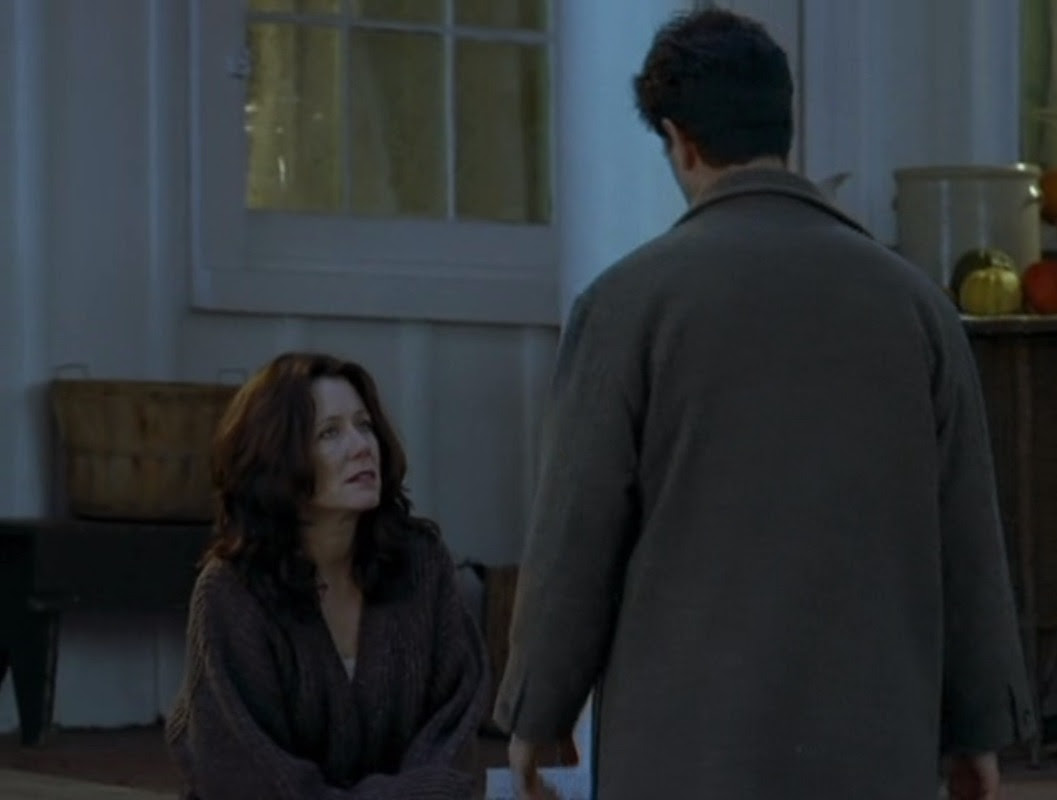 Once Kinley meets up with his father's girl friend Dora (Mary McDonnell) who, coincidentally, is the daughter of the man executed for the long ago crime, he is almost immediately smitten with her (really the only false note in the story - a minor quibble) and she with him. Dora, more than anyone else believes that an injustice was committed years before - on the flimsiest of evidence, really, she can't believe her father  capable of murder. Unfortunately for Kinley and Dora, very few in town are interested in the ugly truth coming to light. Some secrets are better left dead and buried.

As the plot thickens and Kinley's nightmare continues to nag at him, a sinister conspiracy begins to reveal itself. It's obvious that he is on the brink of remembering something dreadful having to do with the original murder - something he has blocked from his memory.

The truth of it all, when it comes, is told in exciting, rapid-paced flashback which works very well. The only problem is that the ending - the final scene - seems a little abrupt. I had to sit and think for a few minutes to reconstruct what had happened for my own satisfaction - I wish there'd been a few more minutes of film.

Ah, these archaic, sleepy Southern towns, so full of ancient secrets just waiting to be unearthed.

Much of the story is actually an interior one as Jackson Kinley (a rather interesting guy) acts to solve the mystery of his own past and in doing so, discovers the truth about Dora's as well.

A terrific thriller which, fortunately, is currently available on Neftlix streaming.
Posted by Yvette at 11:53 AM