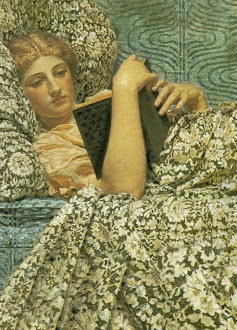 Waiting for the worst to hit us, but as of this moment, Sandy has declined to do so. While I still have power thought I'd catch you up on my latest reading material. In preparation, I went to the library (as any other bibliophile would do when faced with an emergency) last week and brought home a daunting slew of books.

Reading by flashlight (candlelight in a pinch) is about the best way to sit through a storm, I'm thinking. Oh, and a bag of chips by your side doesn't hurt, though you have to watch that greasy fingers don't stain the pages.

Here are the books I lugged home over a two day period. Am I nuts? Yeah, probably. But that's been said before.

DIE A STRANGER by Steve Hamilton. This is the very latest Alex McKnight novel and the one I'm currently reading.

LULLABY - A Robert J. Parker Spenser book by Ace Atkins - If it were anyone else except Ace Atkins I probably would not consider reading this.

THE MEMORY OF BLOOD (A Peculiar Crimes Unit book) by Christopher Fowler - if you don't read this series - what the heck are you waiting for?

ISLAND OF BONES  by Imogen Robertson (Hooray! I've been waiting forever for this book to show up at my library.) A must read series set in 18th century England.

PRELUDE TO TERROR by Helen MacInnes

THE BEDLAM DETECTIVE by Stephen Gallagher - Don't know about this one, it's new to me.

TRAIL OF THE SPELLMANS by Lisa Lutz - A humorous series about a family of detectives who mostly spend time spying on each other.

DORCHESTER TERRACE by Anne Perry (A Charlotte and Thomas Pitt book.) These last two books by Anne Perry are from long running series that I've been reading for years.

A SUNLESS SEA by Anne Perry (A William Monk book.)

Just recently finished THE MOONSTONE by Wilkie Collins and my review will be up and running after the storm. I want to have time to do the book justice. It's going to be a goody.

I'm also currently trying to squeeze in THE ART OF FIELDING by Chad Harbach (a book my brother loved) and SPEAK OUT BEFORE YOU DIE by our fellow blogger Jacqueline T. Lynch. Not to mention a couple of Patrick O'Brians I'd forgotten I still had lying around unread.  PLUS two major non-fiction books I have been meaning to get to (presents from last Christmas - how ashamed am I?).

But since I don't like to think of reading as a race to the finish line, I'll just continue to take my time. I won't make 100 books read this year, shame on me, but as I said: it's not a race. (I'm being defensive, I know.)

Confession: I need to spend more time reading and less time on Pinterest. But there's just something about Pinterest that soothes the cares of the world and indulges my visual senses. I am especially fond of my boards (in another life I must have been a curator) devoted to art: paintings, sketches, drawings and illustration - current and vintage. Honestly it's almost like an out of body experience. Ha!