Art and Murder - Together Again 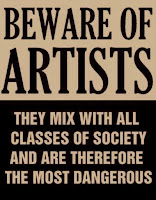 Actual poster issued by Senator Joseph McCarthy during The Red Scare in the 1950's.It might also have come first from Queen Victoria.

I'm crazy about art mysteries - whether the hero is an artist, a museum curator, an art collector, art historian, restorer or just some guy who wanders into an art gallery and finds a dead body.

If the mystery is well-written and set in the art world, I'll be reading it sooner rather than later. There's just something about art and murder that has always captured my fancy. (Maybe because I have an art background and have to keep from swooning when I enter a museum.)

But not everyone has heard of the art mysteries I love best, so I thought I'd list the cream of the crop and urge you to take a look. (You don't have to be an art maven like me to appreciate a good mystery no matter where it's set - right?)

First book: THE RAPHAEL AFFAIR which introduces us to the fumbling but endearing British art historian Jonathan Argyll and his future cohorts: the gruff but genial General Bottando and his beautiful associate, Flavia di Stefano, both of the Italian National Art Theft Squad. The books mostly take place in Italy and occasionally in England. All I can say is I Love These Books! They should be read in order if possible. 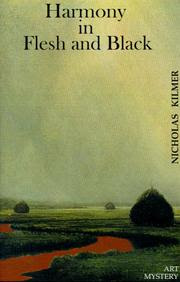 First Book: HARMONY IN FLESH AND BLACK which introduces us to Vietnam vet Fred Taylor, a hard to define kind of guy except to say he is tough, laconic and an art expert. He is the right hand man of the very eccentric, Boston high society art collector Clayton Reed. Skulduggery is a matter of course as Clayton sends Fred out into the art world to follow up his often inspired hunches. (See my review here.)

First Book: A DECEPTIVE CLARITY which introduces us to the very likable San Francisco museum curator Chris Norgren as he heads to Berlin to help set-up The Plundered Past exhibit which will feature works of art looted by the Nazis during WWII. (See my review here.) 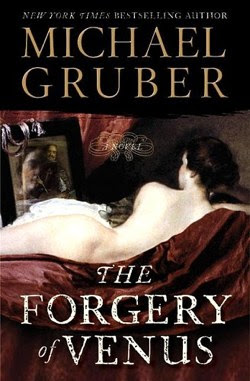 4) Stand-Alone: THE FORGERY OF VENUS (2008) by Michael Gruber
In which the difference between art forgery and artistic art forgery is revealed - more or less. A brilliant book which makes you think about art (and maybe murder) in an eye-opening new way. Is painter Chaz Wilmot mad? You decide.

5) Stand-Alone: LOOT (1999) by Aaron Elkins
My favorite of Elkins' stand-alones and in general one of my favorite books of all time. A re-reader's delight.

A painting - Nazi loot - thought lost forever turns up in a Boston junk shop, followed by murder and the disappearance of the painting yet again.. Ben Revere, ex-art curator begins a quest for the killers which will take him on a danger filled trip to Europe. (Read my review here.) 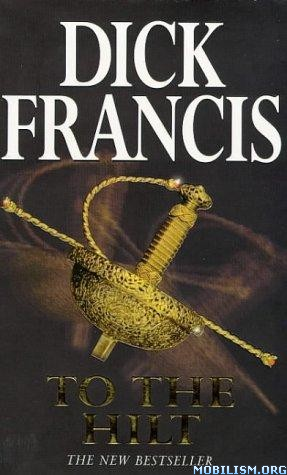 6) Stand-Alone: TO THE HILT (1996) by Dick Francis
My first Dick Francis book, after which I read almost all his books in a great frenzy of discovery. Artist Alexander Kinloch lives an isolated existence in the Scottish Highlands where he paints allegorical paintings of golf courses. (Hey, it all makes perfect sense to me.) When thugs turn up on his doorstep and leave him for dead, he begins an idyll involving friends, family and nasty secrets which takes him to England where he will ask questions nobody wants answered. One of my favorite parts in the book is a moment in time when Alexander describes his painting process in a very luscious way. So damn intriguing. 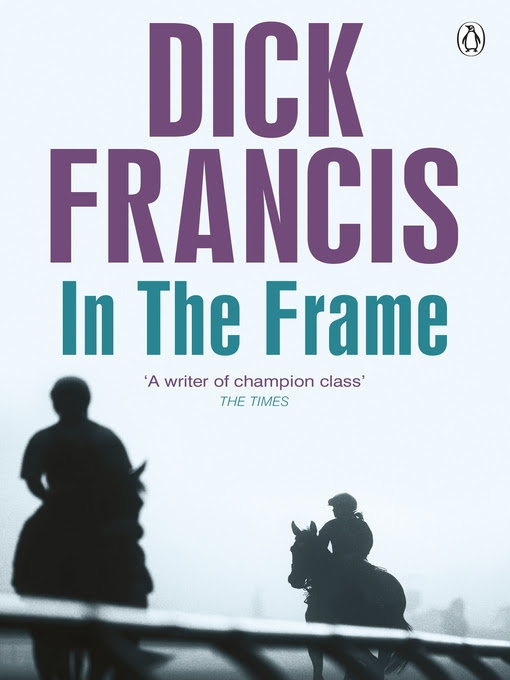 7) Stand-Alone: IN THE FRAME (1976) by Dick Francis
Charles Todd is a well-known English artist who specializes in paintings of horses. When Todd's cousin's house is burglarized and his wife murdered, Todd becomes a suspect and so, of course, he must track down the real killer.

"Few match Francis for dangerous flights of fancy and pure, inventive menace." Boston Herald. Couldn't have said it better myself. 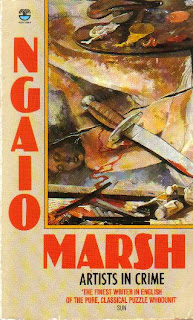 8) Thanks to Les Blatt for reminding me of two of my favorite art mysteries which inexplicably slipped my mind when composing this post earlier. ARTISTS IN CRIME by Ngaio Marsh - the sixth in the Roderick Allyn series by Ngaio Marsh - a dame of the golden age.

How could I forget the book in which Scotland Yard Superintendent Allyn first meets and is smitten by artist Agatha Troy. (He will later marry her.) 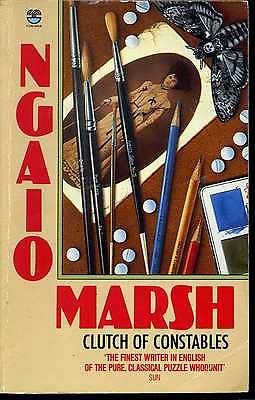 9) A CLUTCH OF CONSTABLES by Ngaio Marsh - When Allyn's artist wife Troy goes on a river cruise, murder interrupts the peaceful jaunt. Thanks again Les, for the timely reminder.

Note:  I might add the Gabriel Allon series by Daniel Silva because the hero is an art restorer - but he is also a part time Mossad agent. Though I've only read a couple of these I've always meant to read more. However, the stories in these books seem to concentrate on spying and the darker aspects of international intrigue than on any art related crimes.

First Book: THE KILL ARTIST (2000)
For the rest of the titles in the series, please use this link.

I heard that there's a book out there which features Leonardo da Vinci in a murder mystery, but I'm a little leery. Besides I can't remember the author or title. 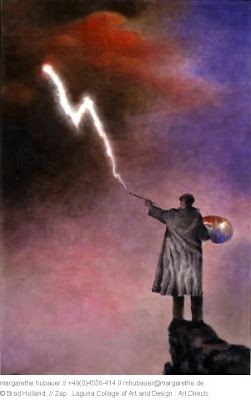 Illustration by the legendary Brad Holland.