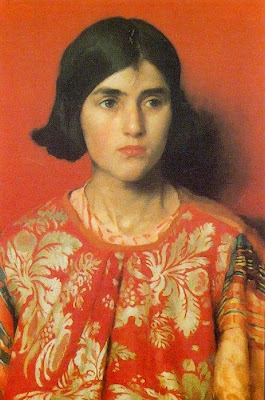 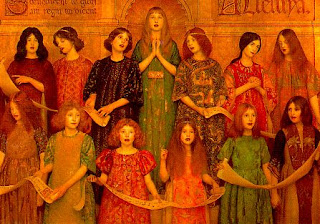 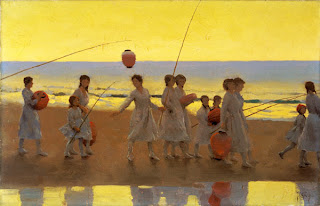 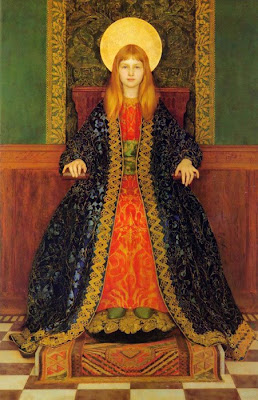 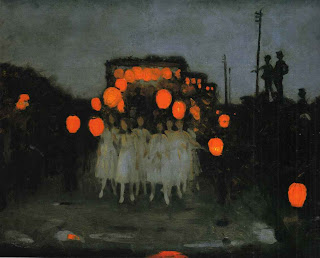 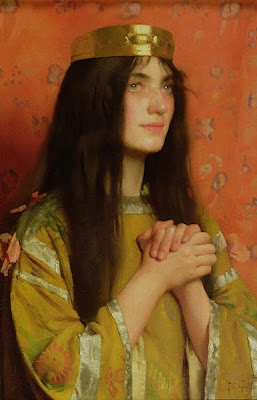 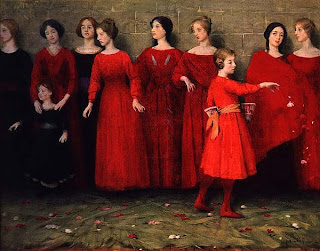 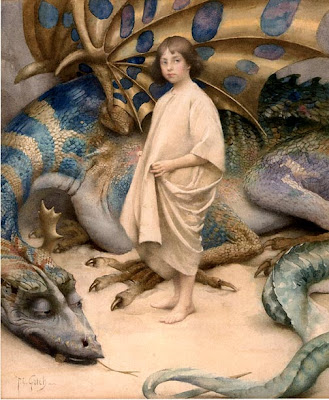 The Child in the World

Thomas Cooper Gotch (1854 - 1931) was born in Kettering, Northamptonshire. He was an English Pre-Raphaelite painter who, with his wife and daughter, settled in Newlyn, Cornwall forming the base of a soon bustling artists' colony. He was also a founding member of the New English Arts Club, whose members resisted the cultural domination of the Royal Academy of Art. The politics of art can be just as strenuous and fatiguing as the politics of government, unfortunately.

Gotch was very well-traveled and though he began as a 'realist' painter, it was the influence of the work of the Romantic European Symbolists, whose paintings he saw in Florence, Italy, which caused him to change his style of painting. His early efforts at 'symbolism' were not as successful as his later work though as he came more and more to concentrate on allergorical subject matter, focusing on young girls often in ornate costume, his paintings became very popular and garnered critical acclaim..

A successful career followed and though Gotch is not as well-known outside of England as he should be, thanks to the Internet I fell in love with his use of color and his romantic vision. Though perhaps there is something mysterious about these children - some of his girls look downright glum. Not a lot of happiness going on here. But I suppose that's part what makes the paintings so intriguing. 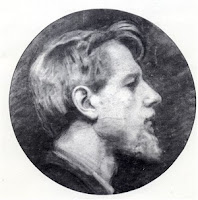 To learn more about Gotch and view more of his work, please use this link and this one.
There is also a biography available, by Pamela Lomax. 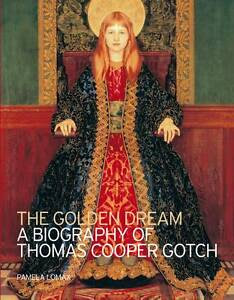 All the visuals shown on this post have been culled from various Internet sources. I do not own the copyrights nor do I claim to. This post is purely for the purpose of entertainment and enlightenment.