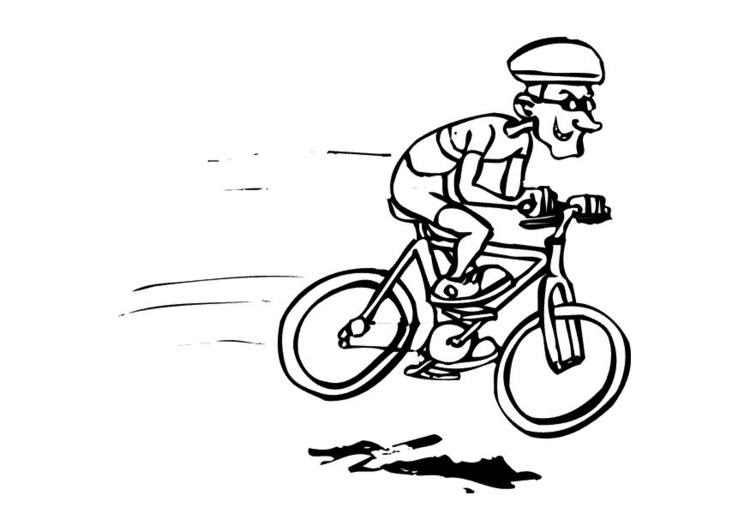 I'm walking down the street with Rocky just a while ago - time for his after dinner ablutions - when a see a bicyclist heading down the opposite side of the street. (Luckily there were no cars anywhere near at the moment.) Suddenly the cyclist seems to skid and his front wheels hit the curb and he loses control of his bike and somehow, someway, he and the bike go sailing through the air and he lands flat on his back on the sidewalk with the bike on top of him.

I run across the street yelling, "Hey, hey, are you okay?" like a typical bystander. But soon as I saw him I could tell he was unconscious. At that moment a pickup comes up the side street, I look at the guy driving and I say, "Give me your cell phone. Dial 911." Half in English, half in Spanish as the guy looked Hispanic. ANYWAY, he dials the phone then hands it to me. I talk to the cops. All the while the guy is still unconscious. They tell me not to lift the bike off him, but I ignore that.

A woman pulls her vehicle to a stop across the street, she comes running to help. We lift the bike off the guy. The pick up truck leaves the scene. (Probably didn't want to hang around and talk to the cops.) Which is okay,  he had nothing to do with the accident.

Meanwhile, we keep telling the guy who is barely groggy, that he's going to be okay, the ambulance is on its way. He looks like he doesn't know what happened or where he is.

Some woman comes by in her car and says, "Is he okay?" Yeah right lady, he's lying on the sidewalk for his health. We're shooting a movie.

Now here's the lucky thing: the guy was wearing a bike helmet. My dears, if you ever doubted the wisdom of a helmet, I'm here to tell you I saw living proof of how it protected the guy. Didn't keep him from going unconscious, but it protected his head from much more wicked damage. I mean, he went PLOP! on the back of his head.

God only knows what would have happened if he hadn't been wearing a helmet.

Anyway, the cops show up, then the ambulance. Neighbors come running out, everyone's abuzz. Long story short, they were able to get the guy to stand - dizzily - then they helped him onto one of those boards - tied him on, just to be on the safe side - and into the ambulance he went. But it was obvious he was still very weak and he had a great thumping lump on his elbow.

I'm telling you, never a dull moment on my street.

At any rate, reason why I'm telling you all this is the helmet thing. Next time you feel like you can get by without one, don't.
Posted by Yvette at 5:39 PM