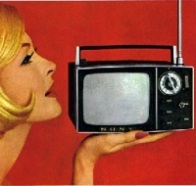 2) AGATHA CHRISTIE'S POIROT (Beginning in 1989) David Suchet was born to play this part just as Hugh Fraser and Philip Jackson were born to play Captain Hastings and Superintendent Japp, respectively. (I would only list as favorites the first few seasons.)

3) THE ADVENTURES OF SHERLOCK HOLMES and THE RETURN OF SHERLOCK HOLMES (Begun in 1984) starring Jeremy Brett as Holmes (a part he too was born to play) and David Burke as Watson, then later and just as good, Edward Hardwick took over the role of Watson. (Only the shows based on actual Conan Doyle books and/or stories need apply.)

20) MYSTERY! (On PBS, beginning in 1980) An anthology of the best British mysteries, suspense and spy thrillers starring everyone who was anyone in Brit TV, theater and/or movies. Still going strong.

So, what do you think? What did I leave out? What would you add or subtract? I know I've probably forgotten one or two of my own personal faves - that's a given.