"Be daring, be different,
be impractical, Be anything
that will assert integrity of purpose
and imaginative vision against the
play-it-safers, the creatures of the
commonplace. The slaves of the
ordinary."

In 1944, in one of its more inspired moments, the British Ministry of Information dispatched Cecil Beaton– self-dramatizing exquisite, darling of London society, chosen photographer to royalty, and later the world-famous designer of My Fair Lady and Gigi–to the Far East to take pictures of the British Empire and its allies at war. The result was not only a superb collection of photographs but a breathtakingly vivid written portrait of India, Burma, and China at a historic turning-point in their histories.

These volumes integrate both elements fully for the first time, offering the complete text of Beaton’s narrative and a truly comprehensive selection of over 200 photographs. Beaton was a great observer and, perhaps unexpectedly, a great describer. In remarkably few words, he can make you see, hear, smell, almost touch the dusty Burmese countryside, the shimmering, casual magnificence of a Bombay virtually untouched by war, or the rain-sodden, flea-bitten front lines in a China nearly destroyed by it.

He was an acute observer of people, too, and these books offer revealing glimpses of representative wartime figures from Madame Sun Yat-sen and General Claire Chennault to anonymous British soldiers and Chinese peasants. There is mayhem, including an electrifying description of what it’s like to live through a plane crash, and mordant social comedy that rivals (and explains much of) The Jewel in the Crown.

Perhaps best of all are Beaton’s accounts of the two great invariants of modern war–waiting for transport and enduring it–in all their exquisite variety. A magnificent record of some of Beaton’s most austere and disciplined photography and a welcome reminder of his almost forgotten literary gifts, these books offer a uniquely real picture of one of the most heroic episodes of recent history.'
Source: RDuJour
The Result: 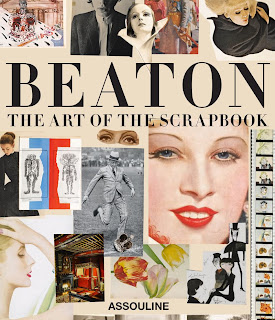 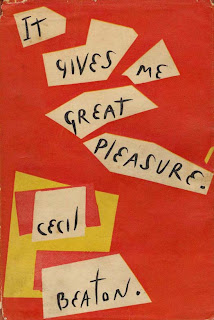 To view a good selection of Cecil Beaton photographs, please use this link.

To learn about Cecil Beaton's life and times, please use this link.
Posted by Yvette at 4:52 PM