I first saw this mini-series way back when and never forgot it - sort of - which is saying a lot for me as some of you may know. Oh I couldn't remember details, but I did know who starred in it. (That's something.) So I decided to take a second look and write it up for our weekly meme. Don't forget to check in at Todd's blog, Sweet Freedom, to check out what other films and/or audio/visuals other bloggers are talking about today. Glad to see Todd back at the helm.

I love it when a series is just as good the second or third time around as it was in the beginning. Such is the case with the wonderful HEAT OF THE SUN, a 1998 BBC mini-series featured on PBS 'Mystery' a few years ago. The show is set in Colonial Kenya ( filmed entirely on location in modern day Zimbabwe) during the 1930's: the era of 'white mischief', when the English sported and debauched in the jungle, making life hell for the locals, not to mention the animals shot dead for no reason other than because they're there. I'm the biggest Anglophile around, but even I have to say that these were not terribly nice people.

Ah, but into the fray comes our hero, Superintendent Albert Tyburn, played with zest and appeal by Trevor Eve. Yes, he's English too, but he's a good guy with morals and a standard of decency which seems out of sync with the rest of the dissolute English crowd - well, most of 'em anyway. He cares what happens to the natives and other locals. He has no tendency to look the other way while the 'natives' police themselves.

Trevor Eve is rugged, unflinching, pugnacious and some would say 'heavy-handed' when it comes to dealing with bad guys - but surrounded, as he is, by impervious, bigoted, upper class twits, one can hardly blame the man. He is a bull in a china shop and has a grand old time blazing a trail through the outraged sensibilities of local 'Happy Valley' British castaways.

His boss is Police Commissioner Ronald Burkitt played by the wonderful Michael Byrne, as a pompous, stiff-necked, loud mouth who shows Tyburn no respect and keeps insisting that the reluctant Superintendent wear an uniform - something that Tyburn has no intention of doing except when absolutely, positively necessary - which isn't often.

"There are no medals to be won here," Burkitt admonishes Tyburn with a sniff and a sneer upon their first meeting. It's obvious the commish has heard of Tyburn's work back in London where Tyburn's lone wolf status, while productive, didn't make him many friends. 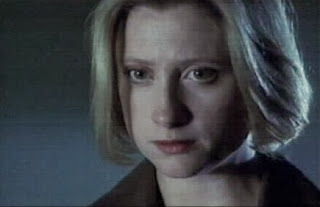 Susannah Harker of PRIDE AND PREJUDICE fame (she was Miss Jane Bennett in the BBC production with Colin Firth) plays Emma Fitzgerald, a pragmatic young woman with a gentle demeanor; she's a pilot with her own plane and a sister who is the murder victim in the first episode. If you didn't see it coming, Emma will eventually become Tyburn's love interest. 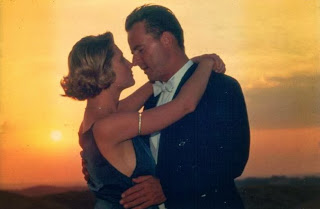 Tyburn is a disgraced Scotland Yard man sent to Colonial Kenya to sort out crime among the local gentry, a job he takes seriously though not without a wicked gleam in his eye. 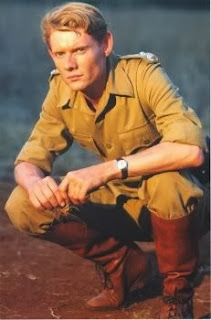 In the episode entitled, Hide In Plain Sight, Tyburn is joined by Julian Rhind-Tutt as his second-in-command, sharp shooting assistant Superintendent James Valentine (of good Devonshire stock). The young man is competent, clever and cut from the same cloth as the loose cannon (Tyburn) he comes to admire. Valentine, however, does wear his police uniform.

One of my other favorites in the cast is David Horovitch as Dr. Emil Mueller the local doctor whom Tyburn turns to when an autopsies and assorted bullet removals are required, despite the outrage of his superior who exclaims, "But he's a Jew!"

There are all sorts of delicious, colorful doings as one would expect from hedonistic ex-pats (most hiding ugly secrets) living far away from home. There are many ways to ease the boredom: alcohol, drugs, blackmail, adultery, kidnapping, murder and the usual whatnots. Lots to keep Superintendent Tyburn busy - at one point he even has a curse put on him by a witch doctor - that never happened back in London.

If you want all the details about each individual episode (there are three broken up into five segments), then please link to the PBS Mystery website where everything will be revealed.

All I'll add is this: Don't miss this terrific mini-series which is currently available (hooray!) for streaming on Netflix.