PERSON OF INTEREST Season One 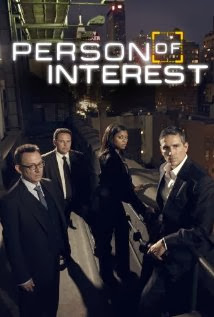 Okay, I've found another terrific television show to sink my teeth into. Not available yet on streaming from Netflix, it is available in DVDs which makes for its own agony as I have to wait two days between each disc.

Once I finished Season One of ELEMENTARY - which, by the way, brought the first season to a glorious end as the identity of Moriarity was revealed over three fabulous episodes - I thought I'd have nothing else as good to watch while I waited for Season Two to be available. (I tried watching the new season on the CBS site, but the commercials drove me batty.)

But not to worry, I found another great show almost right away.

PERSON OF INTEREST sounds like a something other than what it is and I'm glad I took a chance and jumped right in from the beginning. The pilot episode is a must.

Jim Caviezel is wonderful as John Reese 'the enigmatic enforcer' of a fabulously wealthy and reclusive inventor, Mr. Finch (played brilliantly by Michael Emerson) who has created some sort of autonomous computer which sees all and knows all. Used by the government to spy on the populace as it searches for terrorist activity, the computer has a byblow: it alerts to possible common crimes as well. Crimes the government considers irrelevant.

In all this 'seeing and knowing', the computer is able to spew out the social security numbers of people who may be in trouble - who are going to be either victims or perpetrators in the near future.

So Mr. Finch has set up his own operation, unknown to the government. He will step in and try to prevent these 'common' crimes from happening. To that end, he hauls in John Reese (an ex CIA rogue agent) as his 'partner'.

The implausibility factor is quite high, but as I tried to explain to by doubting brother, you have to have a willing suspension of disbelief going in and why not? Somehow the whole thing works. I especially like that a lot of it is shot on city streets which adds a nice verisimilitude to the idea of teeming masses.

So I'm loving this show and if you have some hours to string together, check it out and see if you don't fall in love with it as well.

Read more about the show at its IMDb link. 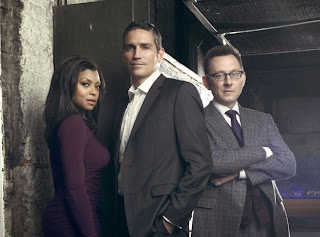