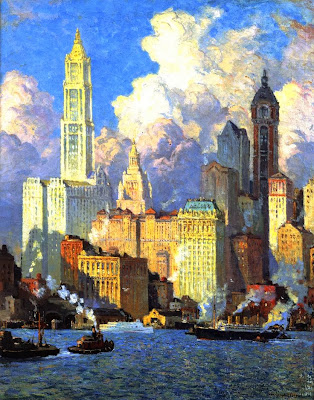 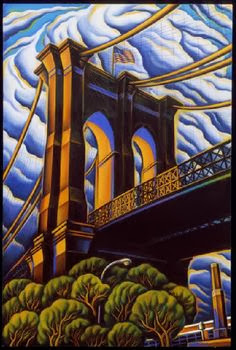 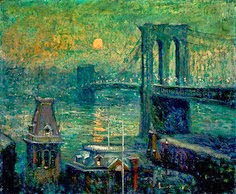 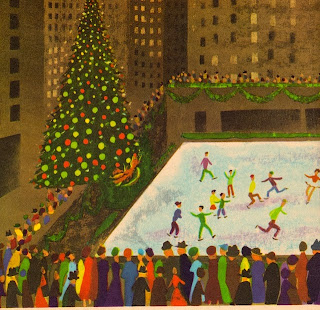 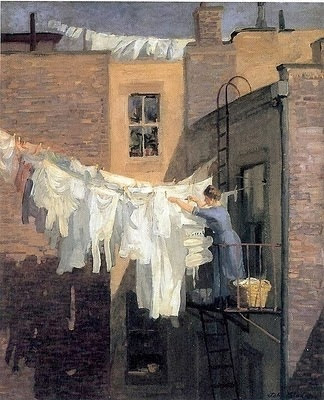 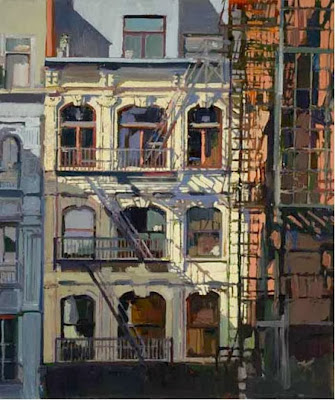 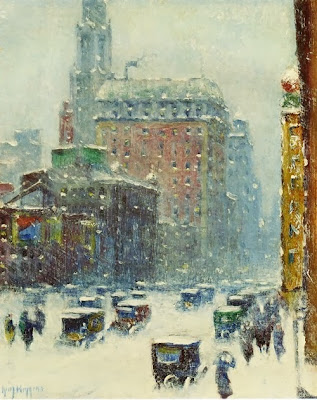 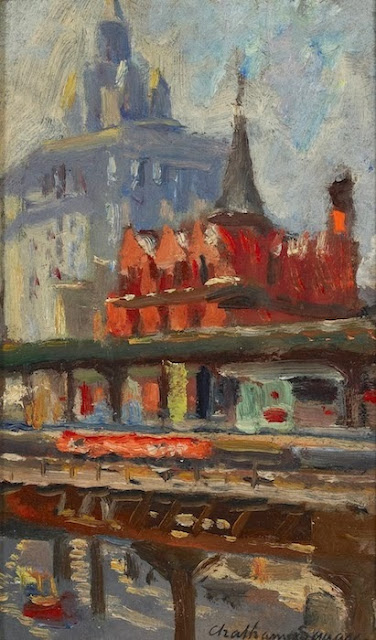 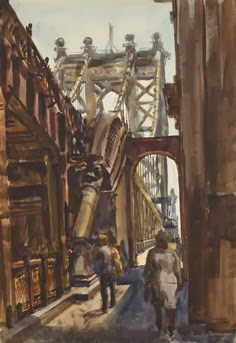 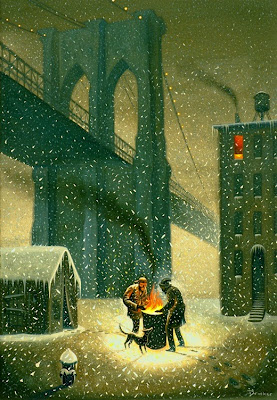 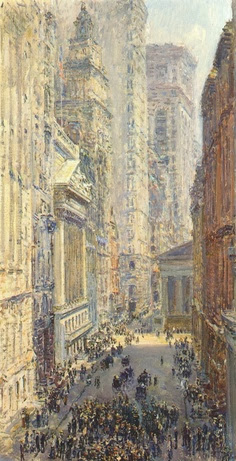 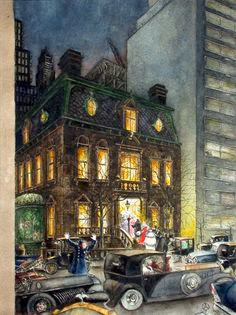 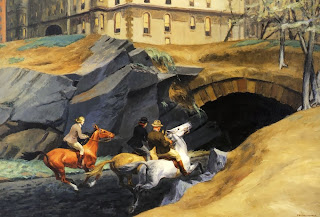 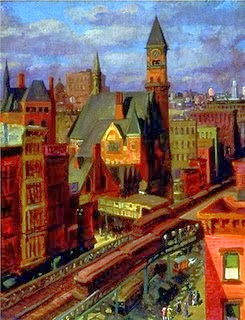 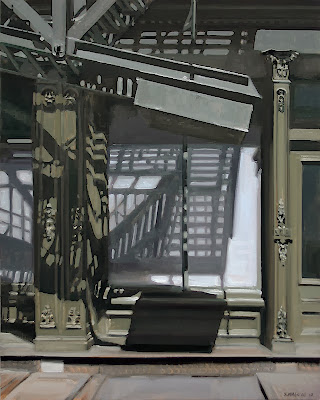 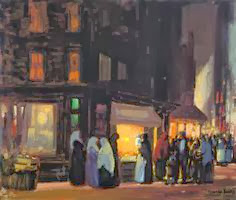 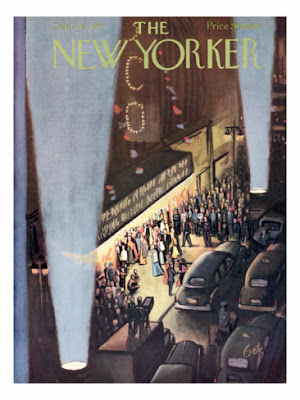 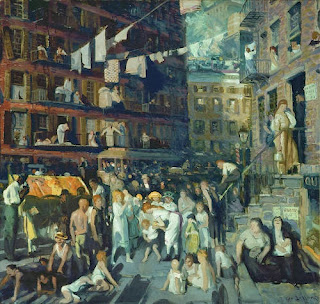 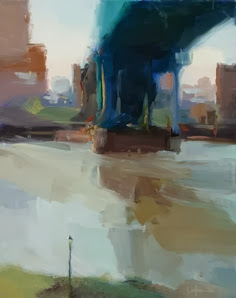 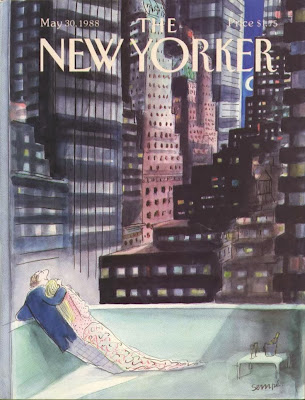 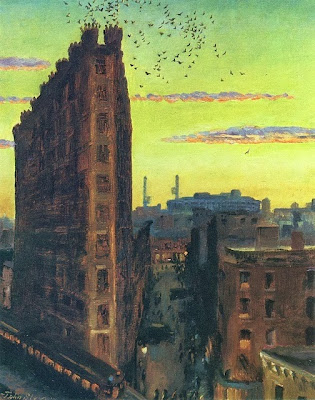 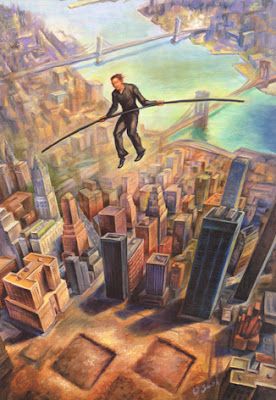 New York is central to my happiness even if I haven't been there in a while - I grew up in Manhattan, the city has a habit of latching onto your heart forever. Though I rarely get a chance to visit much anymore, in my own mind, I'm still a New Yorker and always will be.

At this holiday time of year, especially, the city glows in a special way.

So it's not at all remarkable to me how many artists have tried to capture the city in their work. The place is, after all, a magical sort of kingdom. Researching more of Cooper, I found this wonderful painting showcasing South Ferry, an area on the tip of Manhattan, very familiar to me growing up. I lived just about four or five blocks away and here's where we used to walk to take the ferry to Staten Island in the summer to go swimming or later, to ride horseback.