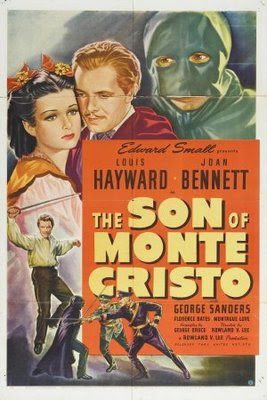 This is the perfect tale of adventure and derring do for those who are not expecting grand scale screen pyrotechnics or grand vistas or even fabulous sets. Louis Hayward was always the poor man's Tyrone Power or maybe Errol Flynn, but he had a charming sort of oomph to his screen presence which made him a very entertaining fellow, especially in swashbuckling roles such as that of Edmund Dantes, Jr. - the Count of Monte Cristo. (He was also quite good in the 1945 version of And Then There Were None, the best film adaptation of one of Agatha Christie's most famous books.)

Here, as the current head of the Monte Cristo family's European banking concern, he has traveled to Lichtenburg, a tiny country in the Balkans to discuss a government loan with a certain General Gurko Lanen who, with the brutal tactics of a despot, has taken control of said principality. Gurko wishes to marry (in fact he insists on it) the Grand Duchess Zona of Lichtenburg (Joan Bennett) to cement his complete power over the country.

With the French on one side and Russia on the other (at least in the geography of this film) eager to make Lichtenbrg a thorn in the Kaiser's side, Gurko knows that with Zona as his bride, both countries would have to acknowledge the legitimacy of his rule.

However, Zona, sensible woman that she is, wouldn't marry Gurko if he were the last man on earth. (Can you imagine having a husband named Gurko? But I digress.) She has been witness to Gurko's atrocities and knows him for the monster that he is. Besides that she has developed a tendre for the swashbuckling hero of the people known as The Torch.

Unknown to Zona, The Torch is none other than the Count whom she has nothing but disdain for since he arrived in Lichtenberg and promptly approved a huge loan for Gurko. Masquerading as a fop with a pair of prince-nez, no less, the mincing Count has thrown his hand in with the revolutionary underground (spouting cries of 'liberty' and 'freedom') trying to defeat Gurko Lanen and his minions. 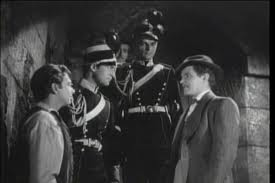 Of course I'll join your band of happy revolutionaries. Count me in.

When it comes to 'mincing' Louis Hayward has a great deal of fun. There was always something in Hayward's eyes, a kind of devilish twinkle which always made me suspect he found the whole movie-making thing far too amusing to take seriously. This jaunty look of his usually served him well.

That and his ability to swash and buckle with the best of 'em - there are several fencing displays in the film and Hayward acquits himself creditably fighting several men at once. He Is the Count of Monte Cristo, after all - the greatest swordsman in Europe. 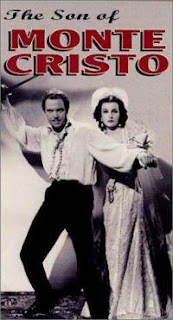 The Son of Monte Cristo, directed by Rowland V. Lee, is reminiscent of another 1940 film, The Mark of Zorro, with Tyrone Power as the dashing Zorro, hero of the oppressed.

Hayward is equally dashing as a cowardly fellow by day and swashbuckling hero by night. And like Zorro, he even gets to wear a mask and cape. No slashing of 'Z's' though he gets to leave notes behind signed 'The Torch'. (In this case I suppose a slashing of 'T's' might be seen as  a bit too copy-catty.) 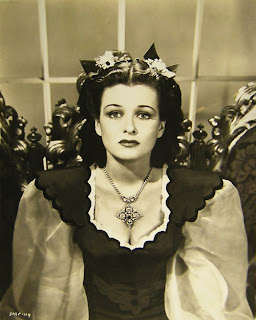 A Grand Duchess's lot is not an easy one.

Prepare yourself, besides the aforementioned displays of fencing, there are silly Hansel and Gretel costumes galore (Joan Bennett is shackled with as unattractive a wardrobe as any Grand Duchess ever wore), daring escapes, foolish assignations, treachery, betrayal by creepy Ian Wolfe, soldiers who look like they came off the set of Laurel and Hardy's March of the Wooden Soldiers and act like it too and in the end a tension packed state wedding disrupted not only by The Torch but by a general uprising of the people finally fed up with Gurko's heavy handed shenanigans.

There is a surprising secondary cast of notables like Henry Brandon who plays the evil Silas Barnaby in the Laurel and Hardy film. Here he plays a good guy, one of two soldiers - supposedly Gurko's men - but in reality part of the underground. His pal is played by Clayton Moore who would later go on to play the Lone Ranger with a mask and a sidekick named Tonto. 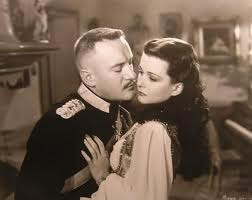 I can't marry a man named Gurko. Think of the children.

There's also Montagu Love as the stalwart Prime Minister Baron Von Neuhoff - a good guy who is Zona's only support in the government - for that he's thrown in a dungeon and sentenced to hang. (Until The Torch comes along and springs him from jail with lots of derring do.) 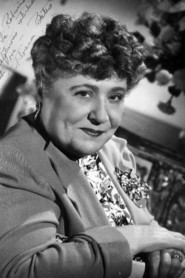 Best of all there's the always wonderful Florence Bates as Zona's lady in waiting. She doesn't have much to do but any Florence Bates is better than none.

Everyone in the movie speaks in a polyglot assortment of accents, the American voices sounding the most incongruous but that's normal for these sorts of low-budget things.

Despite all that, this is a very fun film I've been watching for years and for years I've always enjoyed it. 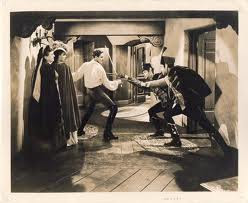 Be sure and check in at Todd Mason's blog Sweet Freedom to see what other Overlooked (or Forgotten) Films and/or other Audio Visuals other bloggers are talking about today.

P.S. Louis Hayward will also play the Grand Nephew of the Count in the 1946 film The Return of Monte Cristo. Can't remember seeing that one though I know I must have at some point. I love these sorts of films.
Posted by Yvette at 12:00 PM