Background: 'The Gossips' by Norman Rockwell

While searching for something else, I found this wonderful post on Rompedas, an art blog I'd never heard of before. (Isn't that always the way?) So I bookmarked the blog. But I was so taken (and intrigued) by one of the posts that I decided to share it with you with due credit given. Please use the link to read in detail about this wonderful piece of work by one of our greatest illustrators. 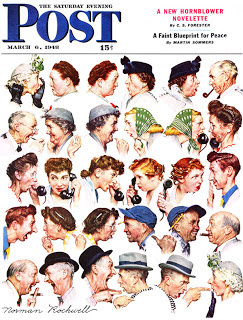 The Gossips cover was the most popular Rockwell Post cover in thirty-three years and sold the most magazines in five years. Rockwell had the idea for it twenty years earlier but he couldn’t quite get the ending until he thought to have the subject of the gossips (posed for by Rockwell) hear the story about himself at the end of the circle. Thousands of letters were sent to the Post asking what the gossip was they were passing along. An answer was never given. In an interview in December of 1948, Rockwell remembered that the woman who posed for the first lady in the picture, the one who had started the gossip, was still a little peeved at him. Not all of his subjects were critical. One model told a reporter, “It’s more fun posing for him than going to the movies. Norman keeps you in stitches with his funny stories.”
(NORMAN ROCKWELL MUSEUM at nrm.org) 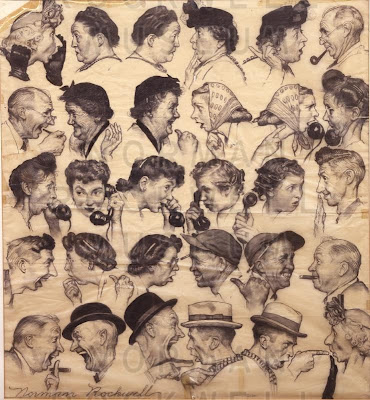 The original sketch by Rockwell for the cover. 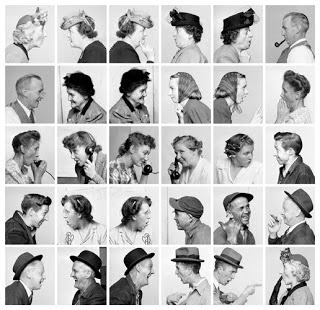 The photo lay-out with models in position. 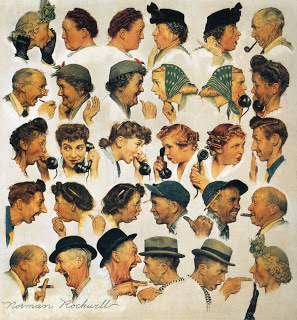 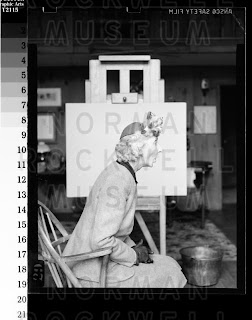 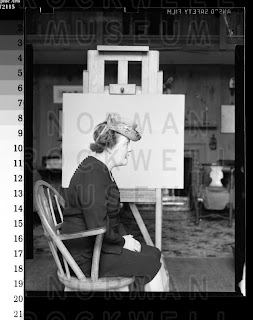 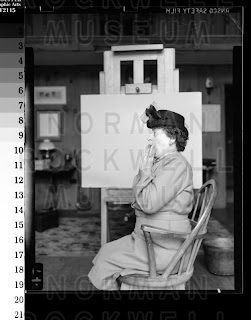 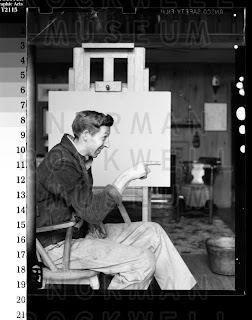 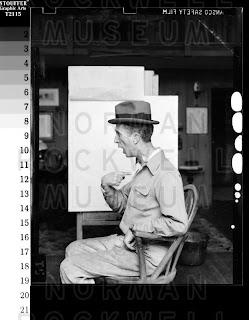 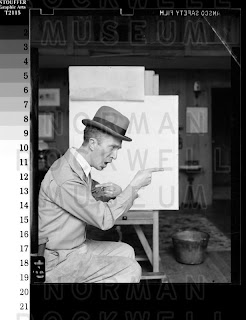 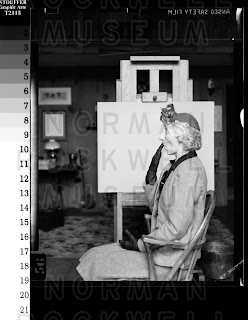 Some of the reference photos used by Rockwell.

What a delight to be able see behind-the-scenes of one of Norman Rockwell's most famous and most beloved works of art. It was lucky for Rockwell that he apparently had an endless supply of colorful friends and neighbors to pose for his many commissions. Isn't it interesting how so many of these accommodating people had that 'typical American mid-western' look to them? It's almost as if they came straight from 'Central Casting'. This is how the early part of the 20th century looks to us in memory. I wonder if a lot of that is due to the heavy influence of Rockwell's art.

See more and read more about Rockwell and his contemporaries, at this link to the
Norman Rockwell Museum
Posted by Yvette at 2:44 PM

Email ThisBlogThis!Share to TwitterShare to FacebookShare to Pinterest
Labels: 'The Gossips', Norman Rockwell