Today is Overlooked (or Forgotten) Films and/or Other A/V (phew!) day. A weekly meme hosted by Todd Mason at his blog, SWEET FREEDOM. Head on other there when you have a moment and check out what other overlooked films, etc, other bloggers are talking about today. It's usually a very esoteric and fun list.

Back in the seventies (1976 - 1977)Norman Lear (the genius behind ALL IN THE FAMILY, among other innovative an occasionally contentious network series)created one show that was judged too hot to handle by all the networks so it was sold directly to syndication. The episodes then showed up late nightly at around 10:30, supposedly after anyone impressionable had gone to bed.

Of course compared with what shows up regularly on the networks and cable today, MARY HARTMAN, MARY HARTMAN was light stuff. But back then it was daring and demented enough that no one quite knew what to make of it. I suppose it was kind of shocking, but most of the time I was laughing too hard to be outraged. I mean, it was a very strange show, but also very funny.

Basically a soap opera parody (shot on video), MARY HARTMAN, MARY HARTMAN was played straight-faced for laughs (but no laugh track) with often serious undertones such as wife-beating, mass murder, racism and other assorted social and personal ills that, back then, no one with any couth really talked about. At least, not in public. You would think with having lived through the 60's we'd all become inured to shock, but no. It was still possible to make our jaws drop.

The critics embraced the show of course, probably just to be contrary. But it did find its audience and became an improbable hit only stopping production when the star, Louise Lasser (once Mrs. Woody Allen), decided to leave after the second season.

Louise Lasser was such an odd sort of actress but very much in the Woody Allen mold. Kind of an ugly duckling but not - there was always something strangely appealing about her. She had a big toothy smile and during the run of the show, wore braids and girly-girl sort of dresses to accentuate the fact that Mary Hartman was an innocent trapped in the decadent world of Fernwood, Ohio.


Her husband Tom (Gregg Mullavey) could be a lout and a bully and spent a great deal of his time proving it. Oh, he was odious. The show revolved around the unhappy Mary's day to day struggle with life and the scourge of yellow waxy build-up, not to mention the odd assortment of wacky (and not always in a good way) family and friends, including the squeaky-voiced Dody Goodman as Mary's mom.. Link 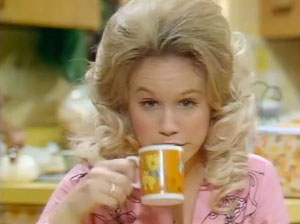 Mary's best friend Loretta Haggers (the wonderful Mary Kay Place) was a country rock star wannabe with  loony racist views that somehow didn't make you dislike her. In a way, she was an innocent too, sort of like a dodo, though certainly more worldly than the unhappy Mary. Loretta was married to Charlie, played by a bald string bean of an actor named Graham Jarvis. Such an unlikely pairing, but it was a fun beauty and beast sort of thing.He was wild about her toes.


The first show featured a mass murderer loose in Fernwood. You didn't know whether to laugh or not because the storyline was so NOT what anyone would have expected and the fact that Mary eventually gets taken hostage by the armed killer made for some uneasy moments.

But a lot of it was very toungue-in-cheeky so we waited to see what would happen next. Parts of the show often made me think of SNL skits stretched into this continuing saga of discontent in Ohio. But somehow it all worked pretty well. Though poor, hapless Mary was often the butt of strange doings. 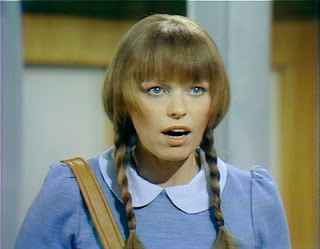 As the Retrospace blog says: "Picture Days of Our Lives directed by David Lynch..." Yeah, that sort of says it all. 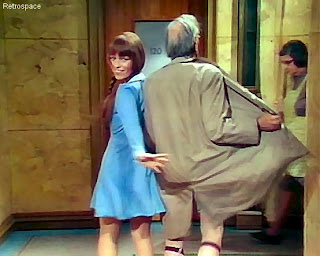 The show had a very strong cast - not a clunker in the bunch - and distinguished itself by casting against type. No one was movie-star beautiful or handsome so that kind of added a weird sort of verisimilitude to the outrageous doings.

The DVDs are currently available on Netflix and I suppose are for sale on Amazon or elsewhere. It's possible the show just ins't funny anymore, I think maybe it was a thing of its era. Still, I recall it fondly.