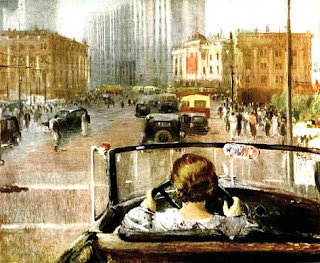 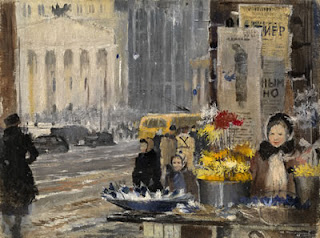 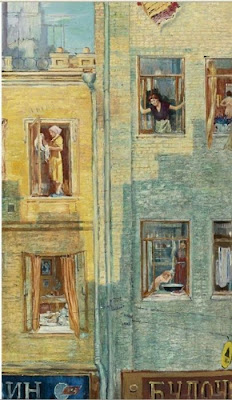 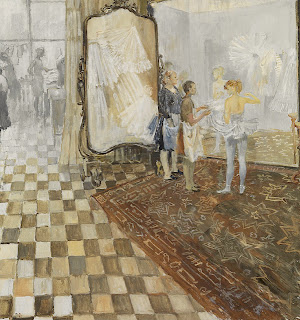 Dressing Room at the Bolshoi 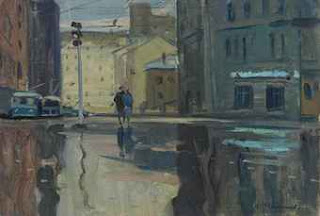 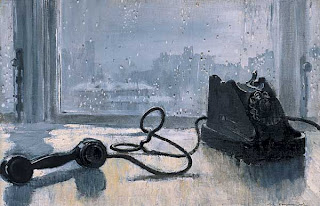 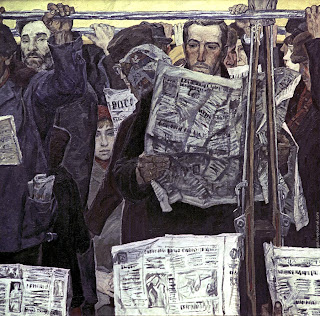 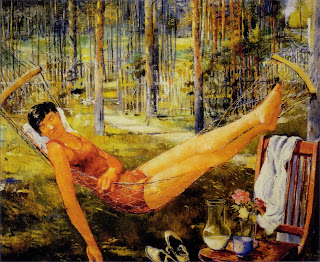 Woman In A Hammock (in case there was any doubt)
The Pianist - an early Pimenov work clearly showing the influence of German Impressionism.
Yuri Pimenov (1903 - 1977) was a Russian draughtsman, stage designer and painter whose work I knew nothing about until recently. He was born in Moscow in 1903 and died there in 1977. There's not a great deal of information about his life except that his early paintings were heavily influenced by German Impressionism and then later, during the 1930's, Pimenov painted the everyday world of a changing Moscow in the accepted state style of socialist realism as opposed to social realism. Read more about that here.

There is something about these stylish paintings which is inescapably Russian in outlook and attitude, yet these examples of Pimenov's work are not as impossibly grim as paintings of that Soviet era can be.

(Lots of 'workers unite' idealistic fervor - though Pimenov did some of that sort of thing as well..)

Probably too, I am missing often included Soviet symbolism - i.e. the red carnation on the windshield of the car in 'New Moscow' which stands for socialism.Without the viewer knowing this and the meaning of other symbols particular to Russian iconography, they might come to a totally different conclusion about the work's meaning. Apparently the fact that a woman is driving the car is meant as a kind of satire though I only found this out by research.

Not that I am ever overmuch concerned with the artist's actual meaning  (I prefer to let the painting work on me, fomenting my own interpretation if I can), though I suppose I should be paying more attention. After all, the artist's intent must count for something.

Still, I liked looking over Pimenov's work and definitely felt the gray chill of a changing Moscow in most of his work which, by the way, is going for good prices today.

Again, please excuse the wonky spacing. Google Blogger is still - annoyingly - on the fritz.
Posted by Yvette at 4:32 PM