197 years ago today, one of the most famous (and important) battles in history was fought in an area a few miles south of Brussels. The country now known as Belgium had temporarily become part of the United Kingdom of the Netherlands following the Congress of Vienna. 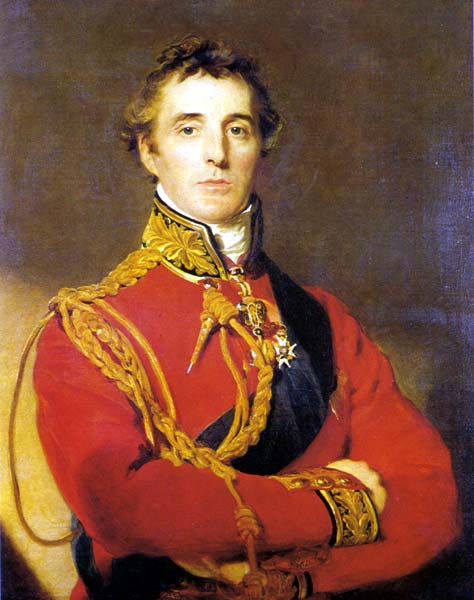 Sunday, June 18th, 1815 was the day fate had chosen for the defeat of Napoleon by the British forces of Wellington, combined later in the day with Prussian troops under the command of General Blucher.

The battle raged for 12 hours finally leaving 50,000 dead and wounded. This was the definitive defeat of Napoleon that the British and the countries of the Seventh Coalition had wanted. The Emperor of the French was finally vanquished at the cost of one out of every four men to took part in the battle.

Waterloo brought to an end Napoleon's 100 days return to power after his escape from Elba. Coalition forces entered France and returned Louis XVIII to the throne. Napoleon abdicated, surrendered to the British and was exiled to the island of St. Helena, where he died in 1821.

The Battle of Waterloo by Clement-Auguste Andrieux - Source 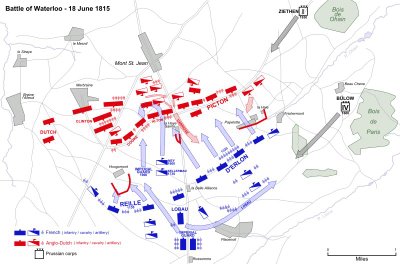 Source
Posted by Yvette at 3:33 PM