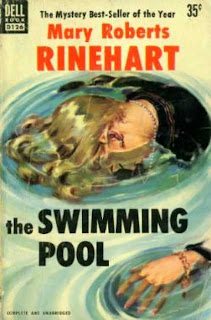 I wish I'd had this copy, but mine has a less lurid cover.

This is another entry in the Vintage Mysteries Reading Challenge hosted by Bev at her blog, MY READER'S BlOCK. I haven't forgotten about it, Bev, I'm just lagging behind everything lately, playing catch-up. Apologies for that. 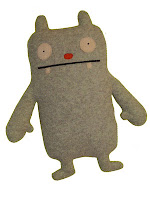 This is how I look and feel when I'm not enjoying a book as much as the person who recommended it.
Source

You know when someone recommends a book and says it one of their favorites, you have a pretty heavy-duty obligation to like if not love it. But sometimes that's not the case and that's when guilt sets in. Ryan at his blog, WORDSMITHONIA, raved about THE SWIMMING POOL by Mary Roberts Rinehart and so of course, I had to get my own copy since I am a huge Rinehart devotee. (Ryan's review is from last year yet somehow I only ran across it recently.)

Oh, I liked it well enough Ryan - I just didn't love it as much as you did. I wanted to, but I just couldn't. But hey, any Mary Roberts Rinehart is better than none. So, no frowny faces, please. I feel bad enough as it is.

THE SWIMMING POOL is one of Mary Robert Rinehart's more wordy and convoluted stories. I mean, there's everything in here but the kitchen sink. (Sort of like one of my reviews.)

1. You got dark forebodings in a large country manor. (Rinehart's specialty.)

2. You got a dead body in the swimming pool, multiple murders and a couple of attempted.

3. You got an ugly miscarriage of justice.

4. You got not one but two murderers.

5. You got suicide and some long hidden, down and dirty family secrets. (What would a Rinehart book be without 'em?)

7. You got a heroine who appears to know next to nothing about her own family.

8. You got a HUGE and very interesting (if it had been developed) red herring that kept sidetracking me. Well, yeah, Yvette that's what a red herring is for. But still....

9. You got the heroine's brother who is as annoying a character as Rinehart ever created. I mean, the man is even more obnoxiously clueless (and proud of it) than the heroine and that's saying a lot.

10. You got the stock market crash of 1929 and its ramifications.

11. Last but not least, you got the odd actions of a nefarious butler. Speaking of which, judging from this book, I don't think Mary Roberts Rinehart thought much of the breed.

Judith Chandler is the beautiful and glamorous sister who married well and went off to become the darling of the New York society pages - her escapades, legendary.  But now, after twenty years or so, the wild child is getting a divorce from her stodgy and very correct husband, Ridgely Chandler, and returning to the bosom of her family, much to the chagrin of her sister Lois and her brother Phil, not to mention the housekeeper Helga who isn't keen about the news either. The two siblings lead rather sedate lives and resent the intrusion of DRAMA that always surrounds their sister.

Sure enough, Judith isn't there five seconds when she barricades herself in her room and refuses to come out. Obviously she is deathly afraid of someone. But she won't say who what when or why. If she did, then things might have been cleared up and possibly more death averted.

Earlier, on a divorce trip to Reno with Lois in tow as a sort of minder, Judith had fainted on the train at the sight of something or someone. Of course she won't tell Lois what's wrong. (No, she's not pregnant.) So back to the country house they go. There, Judith will spend most of the book hiding out, skulking and jumping at shadows, and only occasionally coming out at night in a black cape, to lurk around the grounds - for exercise, I suppose. Most of her behavior makes little sense even when explained later.

I liked the setting. I'm always a sucker for spooky doings in a country house, especially in the dead of night - this is what kept the pages turning for me. I liked that I wasn't sure who the murderer was, so that part of the plot was well constructed. I sort of liked the addition of a fairly tame love story (there's usually a love story in any Rinehart book) between the hapless Lois and a guy named O'Brien who turns out to be a cop on leave who has conveniently moved into the caretaker cottage on the Chandler property.

Look, maybe I'm being picky, but Mary Roberts Rinehart has written some classics (check my 101 Favorites list) and I really expected more from THE SWIMMING POOL. Though truth to tell, the book was still better than a lot of what gets published these days under the guise of mystery or 'cozy'.