Okay, So What Do You Think Is Going On Here? 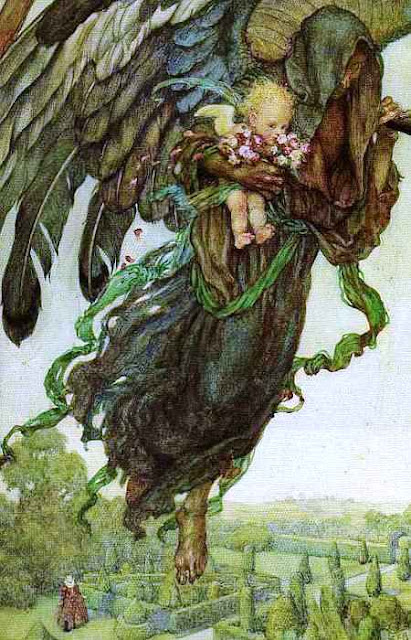 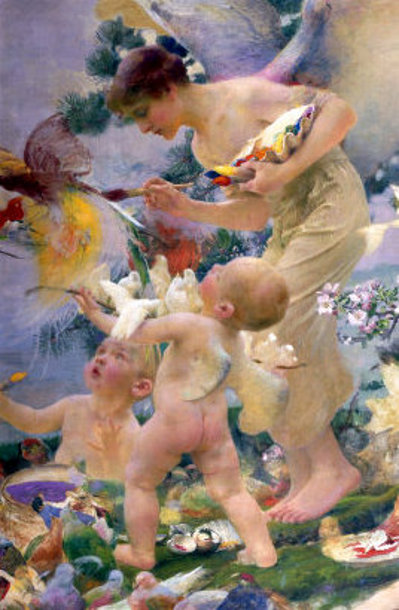 By Franz Dvorak - Painting the Birds
These two paintings, while oddly compelling and beautiful in their execution (especially the feather-work on the large flying figure carrying off the child) are still, to my mind, rather strange. The top one certainly is a bit unsettling.

I sat and tried to figure out what was what and even though there is some sort of explanation in their titles and available on line. I'm still not quite sure I get them.

But still, they do tend to stop you in your tracks. They did, me.

Take a look. What do you think?

Gather ye rosebuds while ye may,
Old Time is still a-flying:
And this same flower that smiles to-day
To-morrow will be dying.

The glorious lamp of heaven, the sun,
The higher he's a-getting,
The sooner will his race be run,
And nearer he's to setting.
That age is best which is the first,
When youth and blood are warmer;
But being spent, the worse, and worst
Times still succeed the former.

Then be not coy, but use your time,
And while ye may, go marry:
For having lost but once your prime,
You may for ever tarry.
I'm having trouble reconciling this with the Brickdale's interpretation. But I suppose the baby represents youth fleeting with the help of this winged creature - Father Time. I've just noticed he's carrying a sickle over his left shoulder.
Posted by Yvette at 1:55 PM