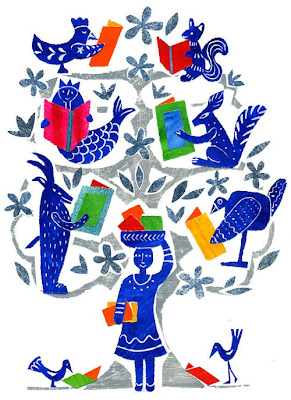 I'm doing something a little different this season - I've joined www.audible.com so I can listen to my favorite books on the computer. It's not a bad price - certainly it's cheaper than buying the CDs and less stressful than borrowing them from the library and being on a deadline. (I can manage that with books, but find it extremely annoying with CDs - go figure.)

I'm currently listening to Georgette Heyer's book, COTILLION - one of my all time faves. Here's the thing for me, I like to listen to books I've already read and am fond of. Nothing new. I'd rather read the new stuff (by that I mean anything I haven't read before) in book form. An idiosyncrasy of mine.

This would also be a terrific way for me to FINALLY 'read' some classics I've been meaning to get to. Those I would listen to even if I hadn't read them previously. Another idiosyncrasy. I'm just full of 'em today. Confusing, I know.

For now I've got several of Laurie R. King's books and Elizabeth Peters' Amelia Peabody adventures and even H.G. Wells' War of the Worlds. Obviously, since I am an Anglophile, I like having an English accent surrounding me during the day. But not always. In the past I've bought tapes and CDs (before Audible existed, that is) and listened to Robert Parker's Spencer books read by various actors and such. (One was even read by Burt Reynolds!) I've also loved listening to Sherlock Holmes CDs and even Jane Austen and Jim Dale's reading of the Harry Potter books are not to be missed.

But this time out it's all through my computer. Audible has several plans for the new-comer and really it's not bad at all. If in the end it gets to be too pricey for me, I'll simply cancel. They make it easy enough. For those of you more computer literate than me (that would be most of you) - you can hook up audible books to several gadgets at no extra cost.

Here's the thing, the books you order are yours to keep no matter what. They're NOT rented. (No, I am not getting paid to tell you about Audible - it's just that I like the whole idea of it.) So you can listen to them over and over again as long as you like - as long as you own a computer or ipad or whatnot.

I'm trying to figure out how to listen in other rooms of the house late at night since my computer is in the studio/living room. There might be a way to hook up my ipod - if I knew how to work the damn thing. I'm hopeless, I know.
Posted by Yvette at 2:27 PM