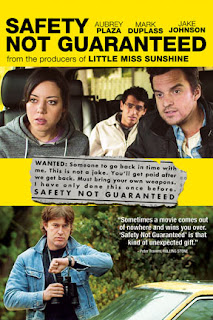 SAFETY NOT GUARANTEED (2012) (a dumb name for a picture if I ever heard one) is a film directed by Colin Trevorrow and written by Derek Connolly, starring Aubrey Plaza, Jake Johnson, Karan Soni and Mark Duplass. A cast of plucky unknowns to be sure - at least, unknown to me.

This very pleasant surprise of a film - an independent from last year - came totally out of the blue for me (but then, I'm not very familiar with 'independents'). From the set-up you might think that you're going to see one sort of film when in reality, it's another sort of film altogether. More or less.

Saw this listed on Netflix and since it mentions 'time travel' I took a look at the synopsis and decided - why not? With independents, I can usually tell within the first few minutes whether it's going to work for me. I'm hyper-sensitive to foul language (it is just so jarring to the ear) unless totally necessary and I have low tolerance for bull, not to mention the 'grunge realism' ubiquitous to these sorts of films. I also have a weird sense of humor (I know, I know, everyone says that) which often means I'm the only one laughing.

Question: Is Seattle, Washington really as grungy and moribund as it's depicted in movies? Just wonderin'. I mean, everything reeks of dampness, the people look miserable and let me tell you, the clothing they wear doesn't help matters, neither does their unwashed hair. (That goes for this film as well as the 'set-in-Seattle' thriller series, 'The Killing".) 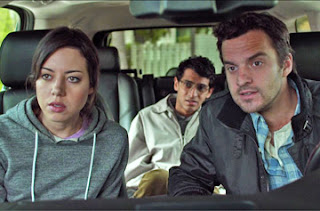 But other than these grooming and humidity issues, SAFETY NOT GUARANTEED is a delightful, fast-paced romantic comedy with hints of sci-fi and no special effects to speak of except for one scene. It's the sort of film that occasionally makes you laugh out loud, but mostly makes you smile and role your eyes. It's not often I can say that a movie with a sci-fi premise is sweetly and gently done, but I'm saying it about this little gem.

Kenneth, an odd loner in a dead-end job - he works for a 'Wal-Mart' type store - places an ad in Seattle Magazine, requesting a partner in a time travel adventure. Desperate for article ideas, the mag's chief editor (Mary Lynn Rajskub from 24)) sends an editor and two interns out of town to investigate the strange ad. 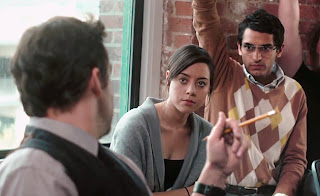 Jeff (Jake Johnson), the cynical, obnoxious and rather foul-mouthed, politically incorrect editor is the sort of thirty-something man who fools himself into thinking he's a wild and crazy guy, primarily because he gets a lot of sex. In truth he's coasting and not tremendously happy. He's returning to the tacky coastal town he grew up in not so much to fulfill the 'Kenneth' assignment, but to re-connect with an old girlfriend. 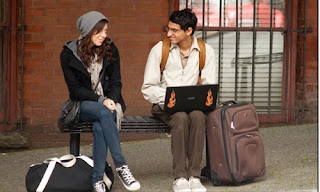 The two interns are Darius (Aubrey Plaza), a morose young woman with attitude problems and Arnau (Karan Soni), a geeky computer nerd who is not only a virgin but likely to remain so. 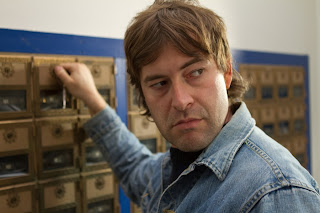 Turns out that Kenneth (Mark Duplass) is serious about his proposed hush-hush 'mission', insisting that he's being followed by 'enemies' and must take every precaution to prevent being 'captured'. Hence the 'safety not guaranteed' in the ad. 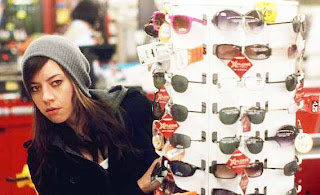 When the obnoxious Jeff strikes out as the proposed 'travel' partner, he sends Darius in. Bored with everything in her life, Darius is a kind of 'sleeping beauty' type in grungy sweats. 'Everything cool is gone," she says at one point and means it.

She is a remarkably good actress who should be 'going places' if there's any justice in the world. 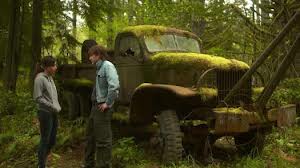 When Darius and Kenneth form a 'connection' of sorts, he begins 'training' her in weapons near his ramshackle little house in the woods (hence the rolling of the eyes I mentioned earlier).

Slowly he begins to reveal to her, the object of his 'mission'. When asked why she wants to go back in time, Darius says she wants to prevent her mother's death. Kenneth too has a similar plan in play. 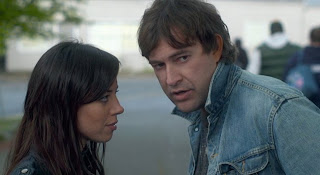 The plan involves breaking and entering into a lab ('...the security is a joke.") and getting away with some gadgets he still needs to finalize the time travel machine. (Though if he's 'done it before' why is he just now 'finalizing' the thing?) The lab break-in is hilariously done by the way.

In the meantime, obnoxious Jeff has found his one time girlfriend and at first is taken aback because she's dyed her hair red and put on weight - she's not the blond sylph he remembers. The girlfriend is played with gusto by gloriously zaftig Jennica Bergere. But on second thought, Jeff decides to overlook her 'faults' and take a chance. This makes for a nicely bittersweet interlude and I found myself liking Jeff as he realizes what's missing from his life, but... 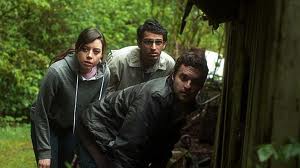 The entire cast is just wonderful. Not movie star handsome or gorgeous by any stretch of the imagination, they just look like what they are supposed to be: a bunch of misfits trying to do a job because, really, what else have they got to do? 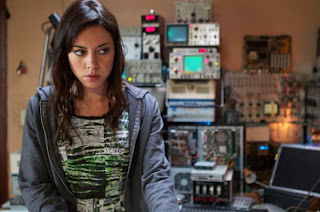 Don't forget to check in at Todd Mason's blog to see what other Overlooked (or Forgotten) Films and/or other audio visuals, other bloggers are talking about today.