Tuesday's Forgotten (or Overlooked) Movies and Other A/V Stuff 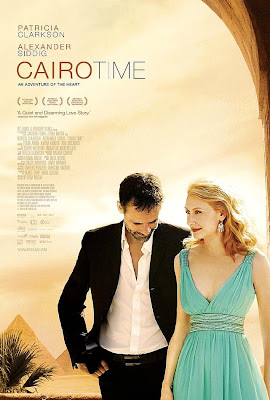 Yes, if it's Tuesday, this is the place to be, movie-wise. Well, here and also over at Todd Mason's blog, Sweet Freedom. Todd hosts our weekly meme - he has all the links. So don't forget to check in and see what's what, movie-wise, television-wise, short film-wise, and any other audio/visual-wise you can think of.

My movie pick came and went like a puff of smoke in 2009, so it's a new movie (made within the past five years, at any rate) which, apparently, very few have seen or heard of.  CAIRO TIME, written and directed by Arab/Canadian Ruba Nadda, stars the wonderful Patricia Clarkson who is incapable of a bad performance and in this instance, the equally wonderful Alexander Siddig who some of you might remember from his role as Dr. Bashir in STAR TREK - Deep Space Nine.

CAIRO TIME is a gently told, bittersweet love story set in modern day Cairo, Egypt. Though the troubles in the area are only hinted at, they exist and apparently have become part of the everyday. Patricia Clarkson plays Juliette Grant, an American woman whose kids have grown into their own lives and fled the coop. On her own for the first time, she flies to Cairo to join her husband for a romantic view of the Pyramids - a second honeymoon.

But when she arrives, her husband, who works in Gaza for the U.N. is unable to join her immediately. Instead he's sent his trusted friend, ex-policeman Tareq Khalifa (Alexander Siddig), a Muslim, to pick Juliette up at the airport, making sure she gets safely to her hotel and settled in. Tareq is recently retired and has taken over his father's Cairo coffee shop. 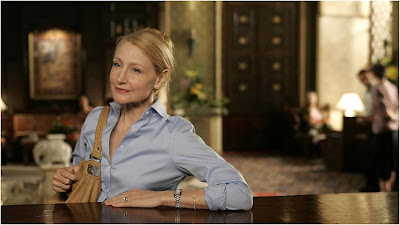 Clarkson is such a natural screen presence, her face registering her innermost thoughts - her effort to be independent despite arriving in a country where women don't walk alone on city streets - especially blond American women, her initial disappointment at her husband's absence. Though there are scenes without much dialogue or exposition, Clarkson fashions a real flesh and blood woman out of Juliette. We can feel her confusion, her longing. 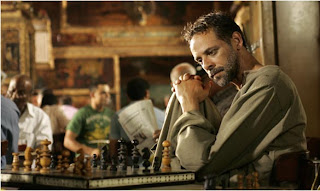 As she waits for her husband to show up - phone calls tell her he is still in Israel - she and Tareq become friends as he escorts her around Cairo. In one amusing scene, Juliette enters his coffee shop unaware that only men are allowed, but he soon accommodates her at his table where he'd been playing chess with a friend.

Later when Juliette beats Tareq in a heated game, all the patrons crowd around, amazed at her victory. It's all very friendly if a little bit uneasy. Though the film is not free of stereotypical elements, on the whole they do not detract from the story.

We immediately suspect that Juliette and Tareq will grow close. But it's 'the how' of it that draws us in. 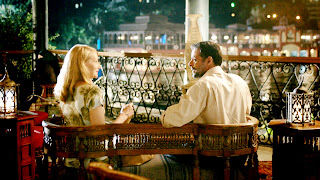 I think what is happening in Juliette is that she is a woman of a certain age, long-time married, and unsettled by empty-nest syndrome. Disappointed by the continued absence of her husband and confronted by totally new situations with only a handsome, attentive, intelligent man as her anchor, she naturally becomes fond of him. But it's all friendship on both sides until well into the film when it becomes obvious they are deeply attracted to each other. 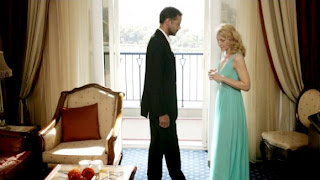 There is no sex, just the hint of what might be. This is no hot and heavy love affair, but something more. These two are drawn together by friendship, circumstance and inclination and the bittersweet ending quite takes your breath away. Alexander Siddig's feelings are completely apparent on his face, his regret, even his heartbreak. Juliette, too, is obviously moved and her ache is palpable. 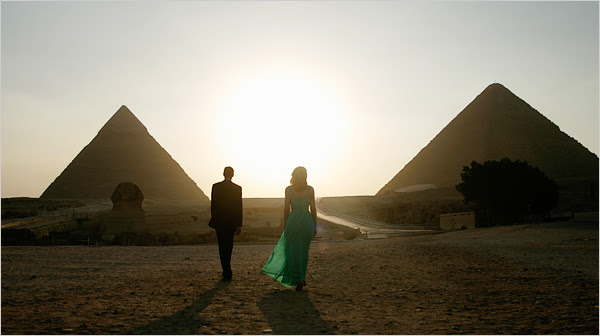 The bustling modern day city of Cairo and the ancient Pyramids which serve as back-drop apparently co-exist in a very dynamic way. CAIRO TIME is partially a love letter to that city and  its people as well as an unexpectedly moving love story.

A wonderful movie worth seeking out. Don't miss it. 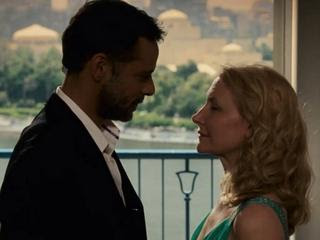 To view the trailer, please use this link.
To listen to an interview with the director Ruba Nadda, please link here.
Posted by Yvette at 11:43 AM