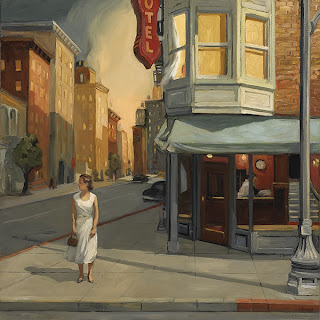 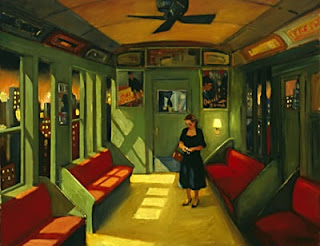 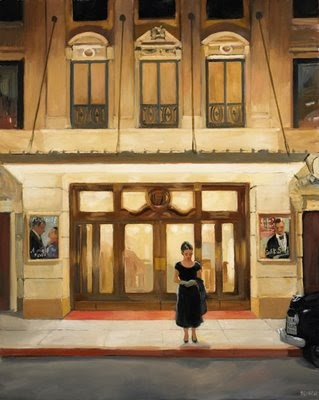 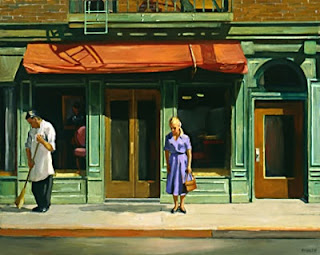 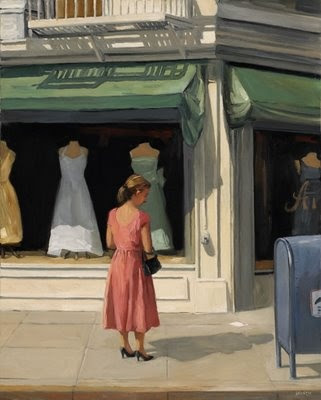 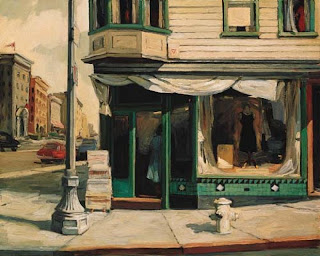 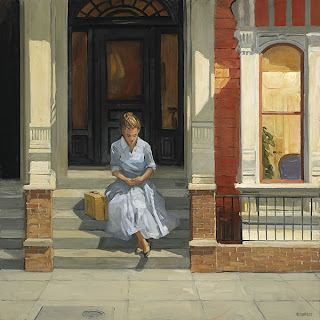 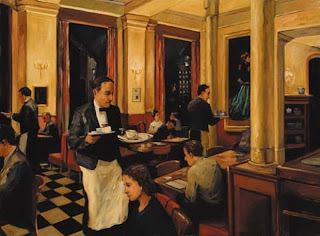 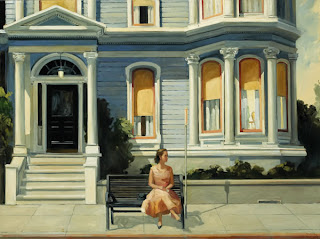 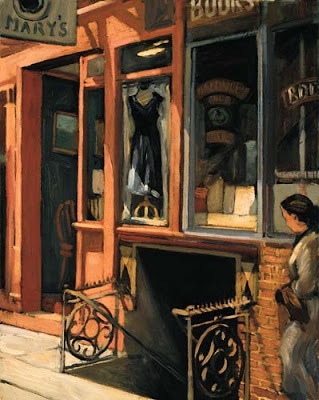 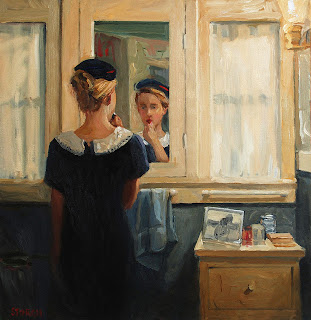 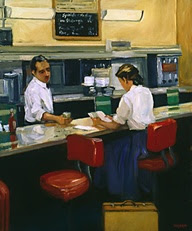 When it comes to contemporary American artist Sally Storch's work, I can't be sensible - I love her paintings. Yes, her style is similar to Edward Hopper's more famous body of work - they both operate in the same world of solitary and often lonely moments in time. But in my view, there's an aggressiveness in Hopper's work that is not on view in Sally Storch's equally moving paintings. Storch's work also has a haunting romanticsm which Hopper's work only occasionally manages.

Don't get me wrong, I love Hopper's work, but I also love Sally Storch's.

Sally Storch is a Pasadena, California-based painter. Born in 1952 to an artistic family, she is best known as a narrative realist who fuses elements of Robert Henri and John Sloan's 'Ashcan School' of painting with American regionalism. (John Sloan, Robert Henri and Edward Hopper have all been featured on past Saturday Salon posts.)

Since I'm not and don't claim to be an art historian or critic (I'm just a fan), please use this link to a short bio of Sally Storch and more info on her expressive style.