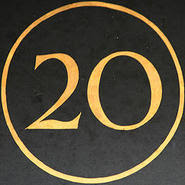 
Ten more answers to Cinematic Reviews 20 Questions Quiz
Don't forget to check in over at Mythical Monkey's blog for his answers (that's where I learned of the quiz first posted by Cinematic Review.)

11) WHAT FILM GETS YOUR VOTE FOR THE WORST OR MOST POINTLESS REMAKE? I would have to say that THE MANCHURIAN CANDIDATE sounds like the most pointless. 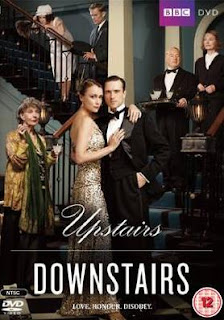 Although UPSTAIRS, DOWNSTAIRS (2011) seems equally pointless as well. (Yes, I know it's more of a sequel, but was it really, REALLY necessary?

For the WORST remake, I'd choose BRIDESHEAD REVISITED (2008) which actually changed some key scenes in the story. The original PBS Masterpiece Theater production by Granada Television cannot ever be improved upon. Period. No reason for a remake - you can't improve on perfection.

The Keira Knightly remake of PRIDE AND PREJUDICE wasn't wonderful and neither was the Harrison Ford SABRINA remake. I just pretend they didn't happen.


12) IS THERE ANY FILM YOU THINK IS ACTUALLY DESPERATE FOR A REMAKE?

I don't know about desperate, but I'd love to see WHEN WORLDS COLLIDE (1951) remade with today's superior special effects. But I'd not like it if they changed the basic script and story.

I would also love to see a remake of SOMEONE TO WATCH OVER ME (1987) with a slightly different script and a much better ending. Lorraine Bracco as the wife ruined this film as does the second half in which we're force-fed a dumb ending. Tom Berenger and Mimi Rogers had GREAT chemistry.

1) Matt Damon as Jason Bourne in the Bourne films 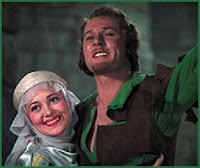 PIRATES OF THE CARIBBEAN: At World's End (2007) Of course I haven't seen the very latest one.
But I would be remiss if I didn't mention the simply awful INDIANA JONES AND THE TEMPLE OF DOOM
and The SUPERMAN sequel with Richard Pryor, can't remember the title. Don't want to.

I'd add the first three STAR WARS films - Sorry but can't remember what they're calling them now. Very confusing.

I'm with Mythical Monkey on this: the worst trilogy were those unwatchable prequels. Simply dreadful. What on earth was George Lucas thinking?


19) WHAT'S YOUR FAVORITE WORD TO USE IN A FILM REVIEW? Brilliant.

Yes, none of this is written in stone. I'm also including film posters of two brilliant movies that no one's ever heard of or seems to have seen, except me.