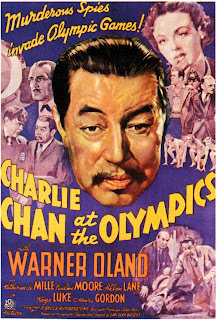 Along the lines of 'better late than never' here is my entry in Overlooked (or Forgotten) Film Tuesday - the weekly meme hosted by Todd Mason at his blog, SWEET FREEDOM. Head on over there for pertinent links to other movie mavens and their contributions.

I thought today's film appropriately fitting since Olympic Hoopla is currently taking place in London. (And thanks to Prashant for giving me the idea to do an Olympics themed  post.) 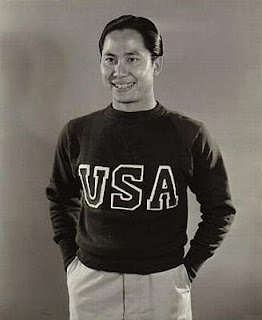 It's 1936 and the Berlin Olympics are just days away. Jimmy Chan (Keye Luke) will be taking part, competing in the swimming events. At present he is on board ship with his friends and fellow Olympic contestants. As usual in these sorts of films, the 'kids' look older than they should be, but it's possible that people aged differently then.

Among the passengers is Richard Masters (Allan Lane - later to earn fame as B-western action star  'Rocky' Lane AND as the voice of TV series talking horse, Mr. Ed), the youngish romantic interest in danger of falling for a vamp's wiles, and Betty Adams (Pauline Moore) a spunky gal who is also competing at the Games and with the vamp for Richard Masters' affection. 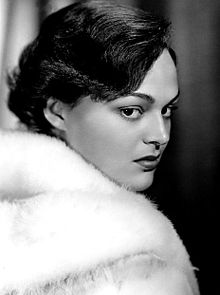 Katherine DeMille - the 'vamp' in question

Yvonne Roland (played by Katherine DeMille in a rather obvious way), is a slinky, professional temptress - in those days, women of this sort made a living as 'vamps' - ruining young men and worming secrets out of them - at least according to tradition. Today, of course, they have google.

The other suspicious character aboard the ship bound from New York to the Continent, is Arthur Hughes (played by perennial bad guy C. Henry Gordon - another of those terrific character types we love to hissss!)

Of course there is a secret formula involved (you knew that was coming - right?), it's for a new airplane gizmo which allows for remote control piloting  - kind of an early version of the 'drone'.  Both Hughes and Roland are involved up to their necks.

Charlie Chan (after doing a bit of sleuthing in Honolulu where the secret formula originally went missing and a pilot killed) has caught up with the ship by utilizing the Hindenburg blimp to scoot across to Europe arriving at almost the same time as the ocean liner. He is on the trail of Masters (who is wrongly suspected of stealing the secret formula), Yvonne Roland and Arthur Hughes - all three appear to be in cahoots.

Chan is met at the dock by an officious representative of the German police in spiffy uniform (no Nazi regalia) who will assist in the on-going investigation. He looks like something out of a Viennese operetta, but hey, better than a swastika. 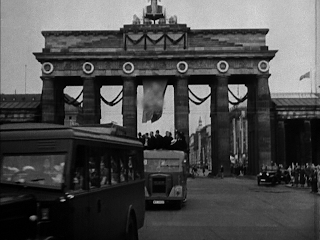 The rest of the film takes place in various locales, trains, hotel rooms, the Olympic stadium as well as a country villa where the bad guys hang out and a Berlin curiously devoid of any Nazi markings. 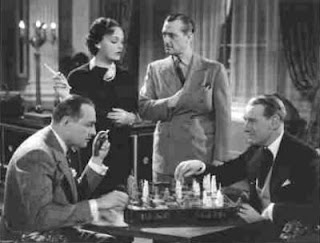 Assorted henchmen and one vamp hanging out at the villa, occasionally playing chess to wile away the hours.

We do get to see some actual newsreel of the '36 Olympics, including nice footage of Jesse Owens winning his medals. (Much to Hitler's chagrin - so much for white athletic supremacy theories.)

In the end the bad guys are vanquished, the secret formula saved, Jimmy Chan wins a medal and all is right with the world. At least for that one moment in time.

I'm happy to say that CHARLIE CHAN AT THE OLYMPICS is currently available for viewing (in its entirety) on youtube.