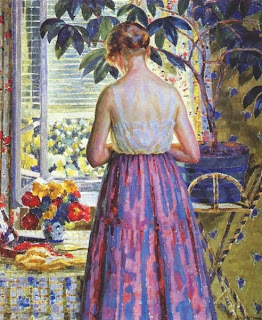 Lady By A Window - source 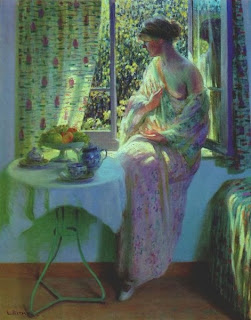 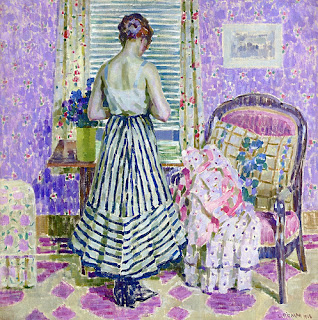 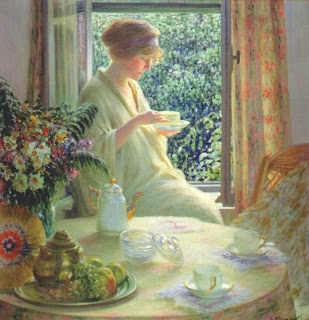 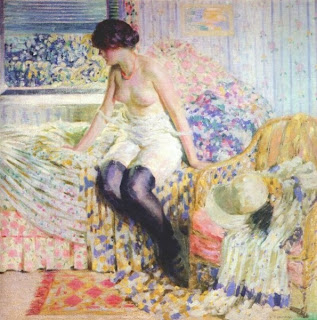 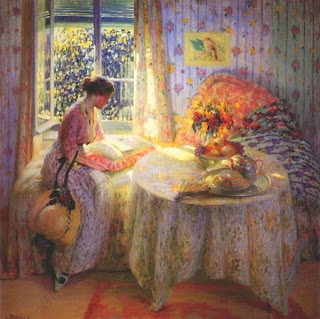 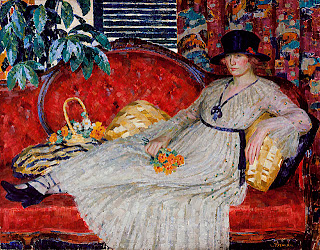 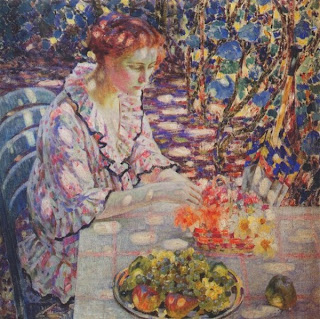 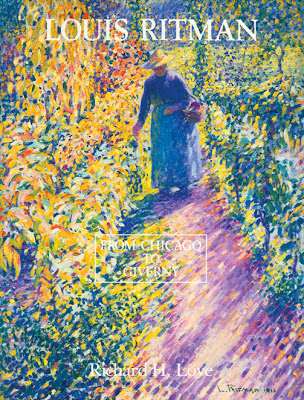 Louis Ritman - From Chicago to Giverny by Richard H. Love

Louis Ritman (1889 - 1963) was born in Russia, but he and his family emigrated to the United States when he was a child. He grew up in Chicago and worked as a sign painter to help support his family. Ritman began his art training with lessons at Hull House and later attended the Chicago Academy of Fine Arts.

After be began receiving commissions at home in Chicago, Ritman went to Paris in 1909 for further training. In 1910, he made his first visit to the colony of impressionist painters in Giverny, France - an event which would influence his work for the rest of his life. 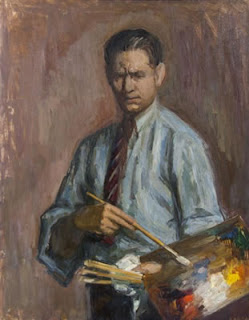 The use of light in Ritman's paintings could easily be termed 'exquisite' and I think I'll do just that.  I like the quiet stillness and sense that we're witnessing private moments. Even in the portrait of Mademoiselle Gaby, you can see she's appears sunk in her own thoughts, almost unaware of the painter.

To learn more about the American painter Louis Ritman, please use this link.