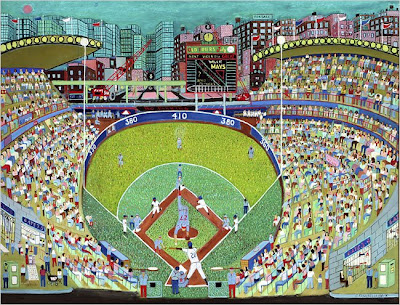 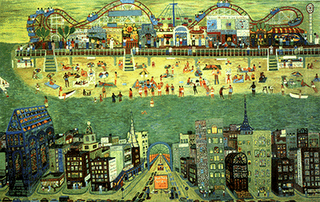 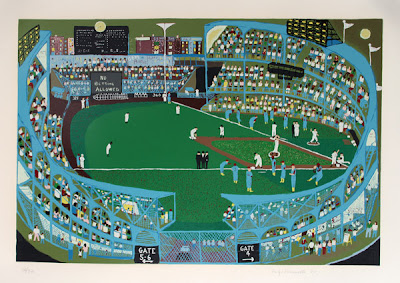 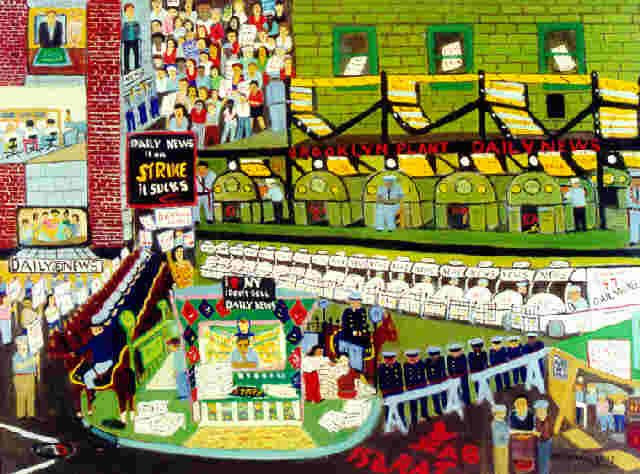 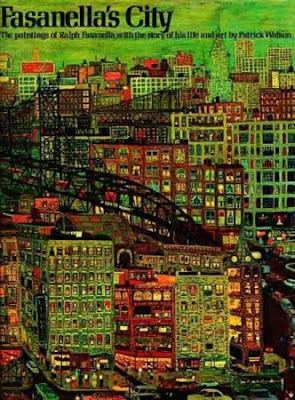 Ralph Fasanella (1914 - 1997) was an American primitive painter (though he claimed that it was impossible to be primitive in a post Industrial society) who didn't begin working as an artist until he was in his thirties.

According to Wikipedia, Fasanella was born in the Bronx on Labor Day, 1914 which is perfectly in tune with cosmic forces, considering that he was a lifelong champion of working people like his father and mother before him. His father delivered ice in a horse-drawn wagon, his mother worked in a dress shop and was a keen anti-Fascist.

Fasanella volunteered to fight in the Spanish Civil War and was an union organizer upon his return home. He began painting when a fellow union worker gave him the idea that it might help his arthritic fingers.

During the McCarthy era, Ralph Fasanella's left-wing opinionated work was blacklisted by most Art Galleries and institutions and it wasn't until 1972 that his work was re-discovered. A cover on New York magazine brought him to national attention.

I love Fasanella' exquisitely detailed work, his vision of the dignity of the working classes, the injustices perpetrated on it, and his hope for a better future.

"I didn't paint my paintings to hang in some rich guy's living room."

To learn much more about Ralph Fasanella and his incredible work, please use this link
Posted by Yvette at 1:13 PM