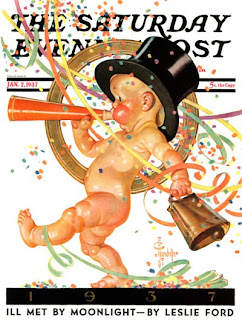 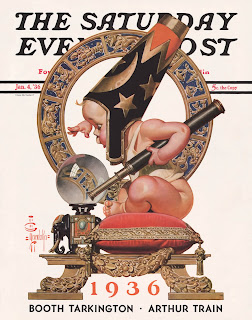 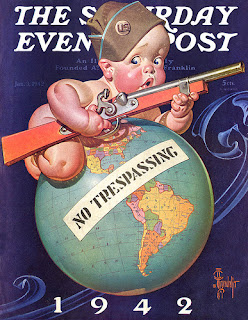 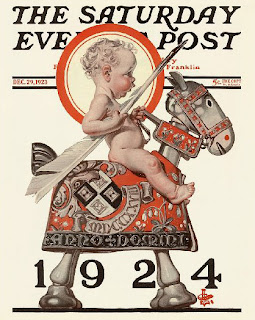 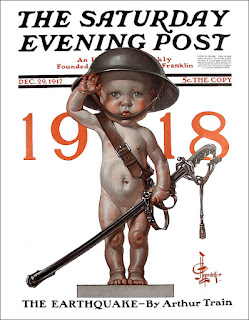 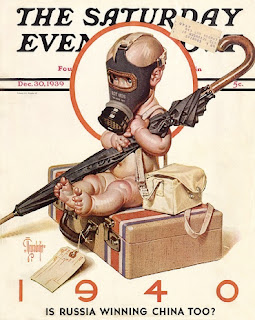 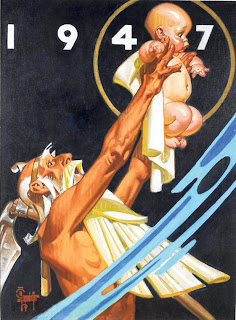 J.C. Leyendecker (1874 - 1951), the splendid German born American Golden Age illustrator was most closely associated with The Saturday Evening Post, a hugely popular and widely read magazine for which he created 322 covers. He originated the New Years Babies in this post. 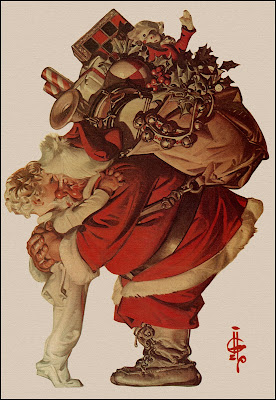 Leyendecker's red cheeked Santas were also a favorite. As were the stylishly chic (and often impossibly handsome) men and women he illustrated for his many clients. 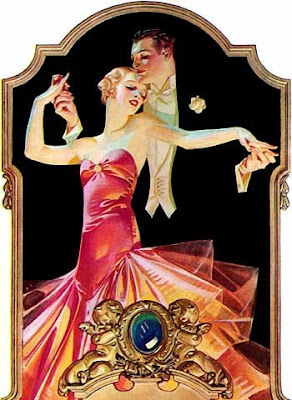 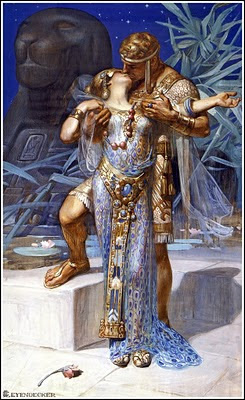 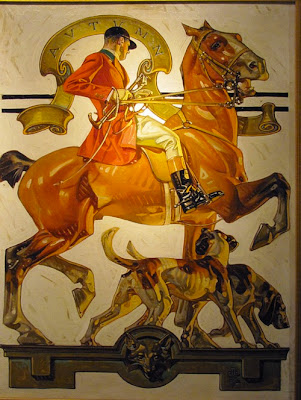 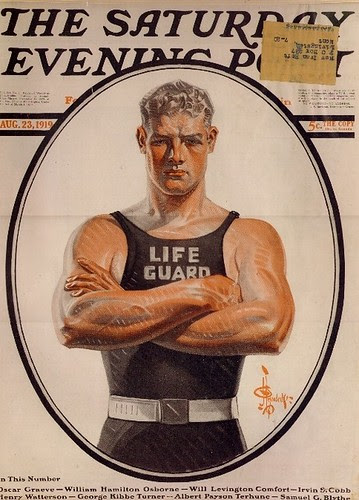 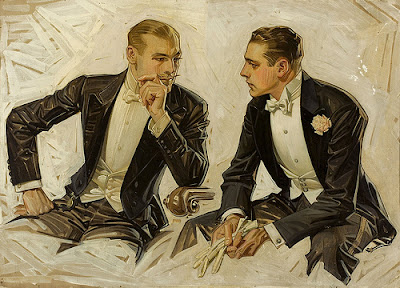 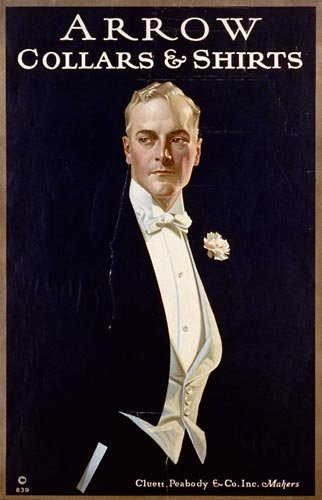 There are few artists who painted men in such a highly idealized and beautiful way. Leyendecker's use of light and various glistening color tones for flesh and to indicate musculature, his stylized handling of fabric was unique and today, instantly recognizable.

According to a Wikipedia quote: "Leyendecker virtually invented the whole idea of modern magazine design." I agree. 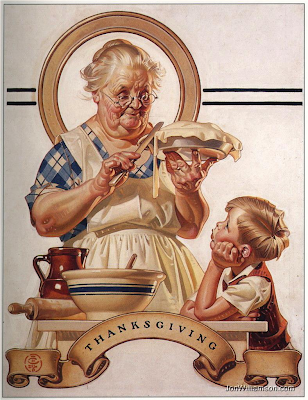 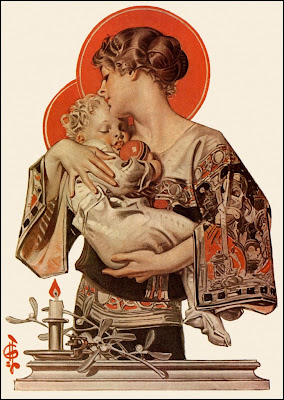 But Leyendecker was far from a one note wonder. He could do glamor splendidly, but he could also do doting and loving grandmothers and mothers and do them very well indeed.

J.C. Leyendecker greatly influenced many of the famous illustrators who came after him. He was revered by most, including Norman Rockwell who was a long time friend and a pallbearer at Leyendecker's funeral in 1951.

To read about Joseph Christian Leyendecker, his life and work, please use this link.

To see more of Leyendecker's illustrations, please use this link.

A HAPPY and HEALTHY NEW YEAR, EVERYONE!
Posted by Yvette at 11:15 AM