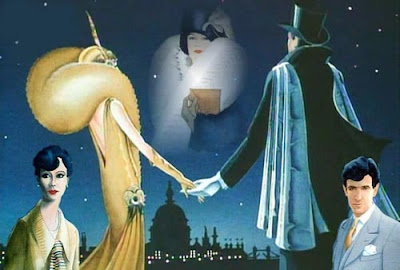 A gift to myself. I've been watching (on Netflix streaming) the episodes from the 1983 series featuring James Warwick as Tommy Beresford and the glorious Francesca Annis as his wife Tuppence. The shows were based on the Agatha Christie created characters which debuted in THE SECRET ADVERSARY (1922), Christie's second book. 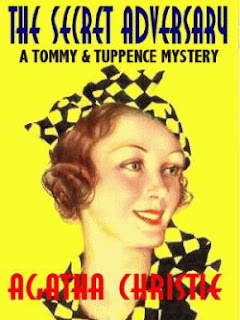 A book, I might add, with a non-sensical plot, helped along by coincidence and things overheard -devices which Christie would later scale down or eliminate in her more tightly woven plots. 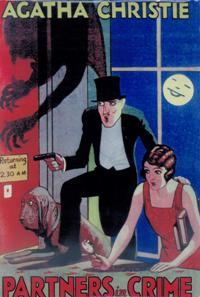 Tommy and Tuppence meet again at the end of WWI (both recently demobbed) when both are at loose ends and looking for an adventurous way to earn a living. That they practically stumble into a life as spies and later, detectives, is due to serendipity, cleverness and the author's way with a fancy plot device. The 'maguffin' here? Papers which would prove embarrasing to the British government. The main plot concerns a missing girl named Jane Finn who, apparently, survived the sinking of the Lusitania and then disappeared. 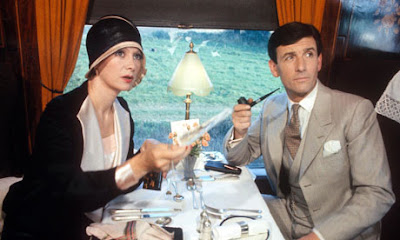 The series which played originally on PBS Mystery is delightfully frothy television. Not the greatest of stories to be sure, but the two main leads, James Warwick and Francesca Annis are perfection as roaring twenties detectives (Annis even dances the Charleston with the American Ambassador in one of the episodes) who happen to enjoy their married life as well as their detecting adventures. 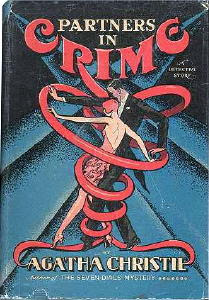 The series begins with the full length novel, THE SECRET ADVERSARY, then is followed by Tommy and Tuppence short stories turned into hour long (more or less) episodes. 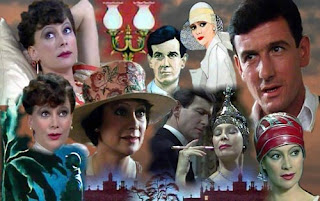 None of them are terribly intriguing mysteries or great writing, but they're still sparkling fun due to the catchy theme music, the gorgeous flapper costumes worn by Francesca Annis and the hapless charm of James Warwick who looks especially spiffy in white tie and tails. 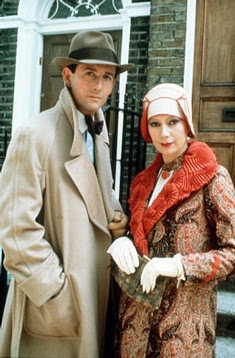 A cheerful way to spend a few hours while wrapping presents or fixing up a batch of cookies or whatever business you may be up to at home this Holiday season. 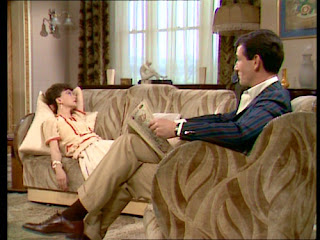 This post is my entry in the Monthly Agatha Christie Carnival hosted by Kerrie Smith at her blog, MYSTERIES IN PARADISE. The next carnival collection will be posted on December 20th. Don't forget to check in at Kerrie's to get an update.
Posted by Yvette at 10:00 AM