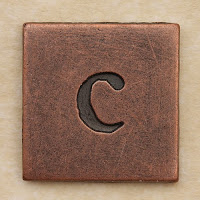 Today for my Crime Fiction Alphabet - Letter C, I want to talk about one of my all time favorite writers, Robert Crais. I first discovered him a few years ago purely by accident while walking the aisles of Barnes and Noble. I picked up VOODOO RIVER, read one page and the rest, as they say, is history. I've since been fortunate enough to meet Robert Crais at a book signing. He sent me the kindest and cheeriest message when he knew I'd be starting my chemo. He is a lamb.
And have you seen his pix on the back bookcovers? (See above for a sample.) Yes, I know, I'm an old lady. But you're never too old to look. The thing is, as dreamy as he is on the outside, he's just as dreamy on the inside. It also doesn't hurt that he's a brilliant writer.
He is the creator of the Elvis Cole and Joe Pike books. A series I love to read and reread. But a series that, really (at least for the first few books), is perhaps, best read in order even though I didn't begin that way. But then, I don't mind jumping back and forth. If you do, then begin at the beginning with THE MONKEY'S RAINCOAT. 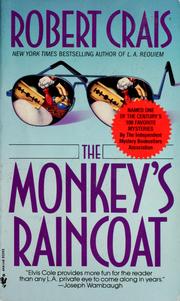 It's helpful to read the first few books in order so that you begin to understand that though the books are noir-ish, free-wheeling thrillers set in L.A. featuring a private eye named Elvis Cole and his enigmatic friend, ex-mercenary Joe Pike, they are more about that friendship than they are about anything else. That's what makes the books a stand-out in an over-crowded field. It's the depth of the friendship that makes me care for these two characters, makes me want to be in their company. Oh, and Elvis's sense of humor too, of course. He's such a weisenheimer.


These two men are each one half of a whole, at least, that's how I see them. Each would die for the other without any questions asked. Their mutual affection is based on complete trust. They believe in each other's expertise, competence and nature. I've always said Elvis and Joe are as close as two men can get without having sex. They are both very much heterosexual. But it's lovely to see two men be such close friends. For me, that is the magic charm of this series.
The books are not comedies, not cozies, not anything but great private eye stories with lots of action and often, ugly violence, set in a world that Elvis and Joe must often fight their way into and fight their way out of to set things right. Joe's sense of justice and the rightness of all things is especially acute. But both men are so richly created, so perfectly in tune, so well written. Can you tell I love these books? I do.
Beginning two books ago, R.C. started writing from Joe Pike's point of view, he's added new life to the series. Beginning with THE WATCHMAN, then with THE FOURTH RULE and now with THE SENTRY, which, thanks to Janine I now own a copy of, inscribed to me. I treasure R.C.'s inscriptions. He is a hoot.
These are the books featuring Elvis and Joe from the beginning:
THE MONKEY'S RAINCOAT
STALKING THE ANGEL
LULLABY TOWN
FREE FALL
VOODOO RIVER
SUNSET EXPRESS
INDIGO SLAM
L.A. REQUIEM
THE LAST DETECTIVE
THE FORGOTTEN MAN
From Joe's point of view:
THE WATCHMAN
THE FIRST RULE
THE SENTRY
My favorites:(Only if I HAD to choose.)
THE MONKEY'S RAINCOAT
LULLABY LAND
FREE FALL
VOODOO RIVER
INDIGO SLAM
L.A. REQUIEM
THE FORGOTTEN MAN
THE WATCHMAN
THE FIRST RULE
Haven't read THE SENTRY yet. But already I'm prejudiced in its favor.