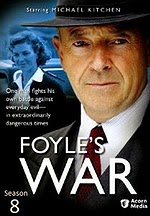 I don't know how certain series do it, but do it they do: keep getting better and better, I mean. FOYLE'S WAR is a long running ITV series created by Anthony Horowitz and begun all the way back in 2002. The ambience was, then, the approach to WWII in England followed by the turbulent war years. Lots of policing to be done: murder doesn't stop for war. 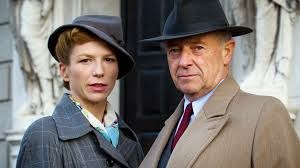 The indescribably wonderful Michael Kitchen (where do the Brits come up with these intriguing actors?) stars as Chief Superintendent Christopher Foyle, a widower, a decent man, and a stalwart, intuitive and very canny cop, whose territory, in the earlier series, is the green countryside of Hastings, Sussex, England. (You know how the hedgerows of England fairly reek with murder and chicanery.) 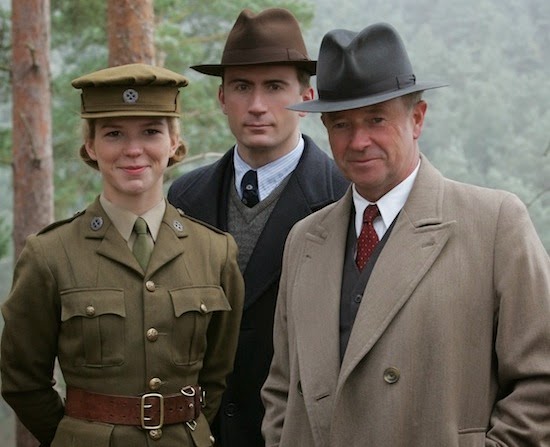 Honeysuckle Weeks (she of the adorable name and equally adorable mien) also returns as Foyle's young driver and kind of, sort of, fellow cop. In the earlier series, Foyle had an associate, a wounded vet played by Anthony Howell, but so far he doesn't seem to be in the new series 8, currently available on Netflix.

Hadn't even realized the series had returned until recently and now it seems that there's another three episodes in the works for next year. Great news for Foyle Fan Girls (of which I am one).

It's 1946 and the fighting war is technically over, but as one of the characters pronounces, '...now the real war begins.' Meaning of course, the cut-throat espionage, reconstruction and the Soviet menace. As Sam says in one scene "We did win the war didn't we?" She's exasperated by bread rationing and other economic privations, but the question speaks volumes about life in this 'new' England.

Foyle has been roped in (reluctantly) to serve with MI5 who recognize Foyle's intuitive genius for this sort of work - even if he is a bit of a loose cannon. In the meantime, Samantha has married a nice young man who is running for local government. But when Foyle, in the course of his first case with the intelligence agency (a case which hits very close to home), meets up with Sam once again - as a suspect -  she is soon back in her old role at Foyle's side. 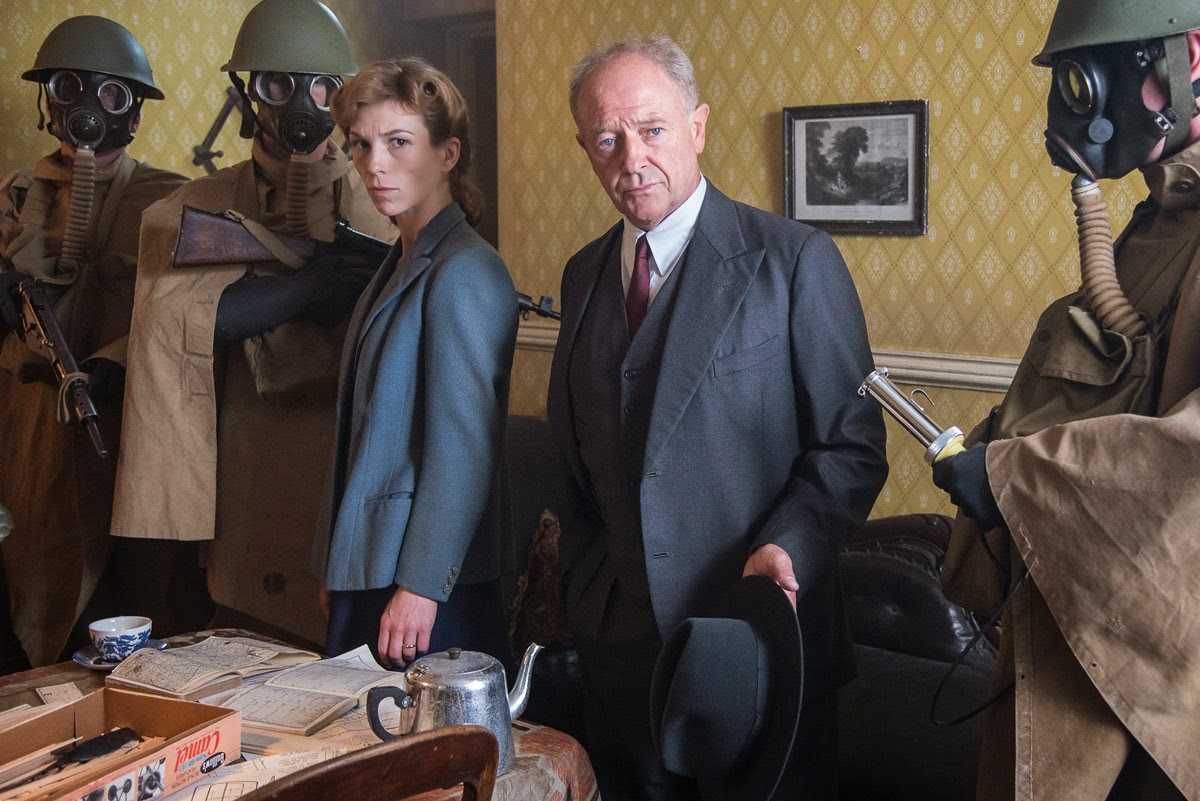 Spies are everywhere in this often bleak, post war England and now it's up to Foyle and MI5 to settle their hash and keep the country safe from communism. The country couldn't be in better hands.

Since it's Tuesday, don't forget to check in at Todd's blog, Sweet Freedom (he's running a little late today) to see what other films, television and/or whatnot other bloggers are talking about today.

A bit off youtube about Michael Kitchen in his role as Foyle: