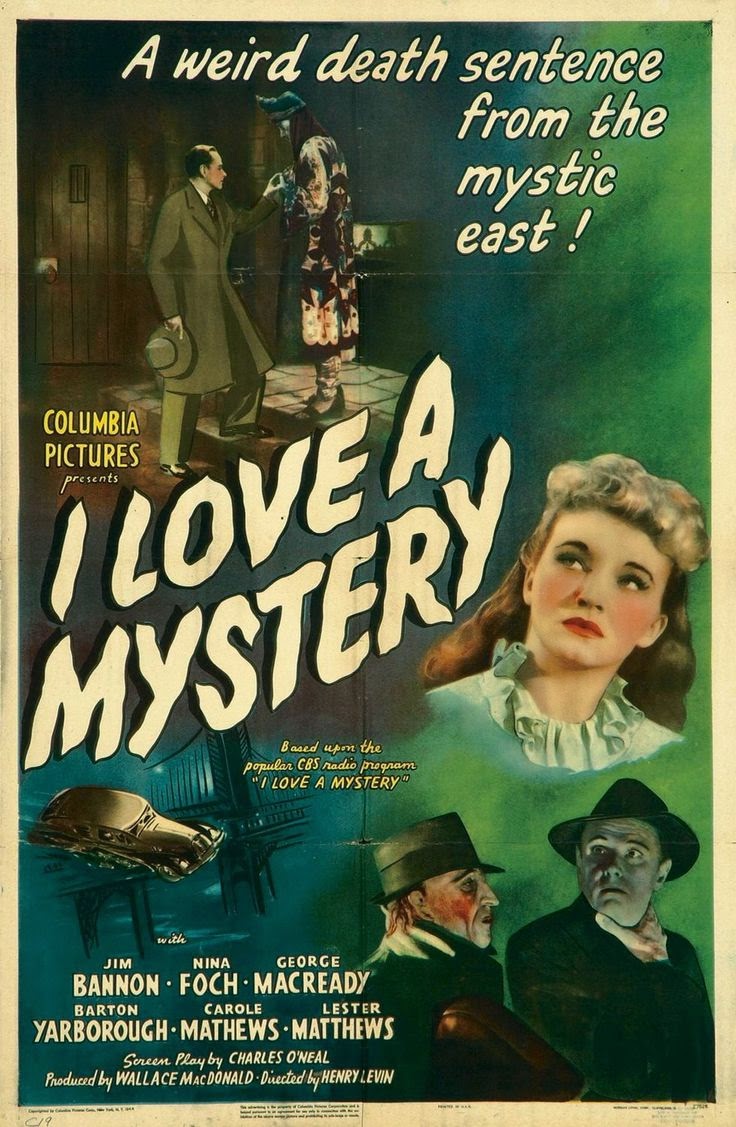 Something rings a bell here. (I LOVE A MYSTERY used to be a radio show.) There's a slim possibility I might actually have seen this on television at some point. Maybe. Nowadays the inclusion of George Macready and Nina Foch in the cast might tempt me. I do like the sound of a 'weird death sentence from the mystic East' - but I doubt I have the necessary endurance anymore. poster source 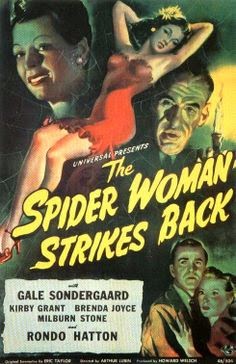 Despite the great poster and much as I love Gale Sondergaard, I KNOW I've never seen this continuation (I'm guessing) of the character she played in SHERLOCK HOLMES AND THE SPIDER WOMAN. Who she's striking back at in this movie I don't know but her character's name is Zenobia Dollard - that alone is enough to give me pause. But I notice that creepy Rondo Hatton shows up as well. You see Rondo, you know it's not a feel-good fest. poster source 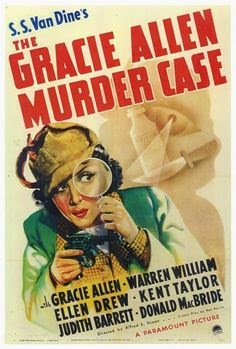 I've read that this is not a great movie. Still, I do like that poster. PLUS I love Warren William. But no fun seeing the dapper and dashing WW humiliated by Gracie Allen, yes, yes, of the Burns and Allen comedy team. S.S. Van Dine actually wrote this?
poster source 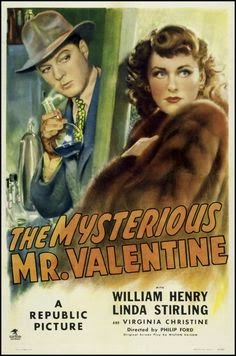 Fabulous poster featuring the ever popular screen duo of William Henry and Linda Stirling. Wait. WHO? P.S. What is that guy sniffing from that beaker and why? poster source 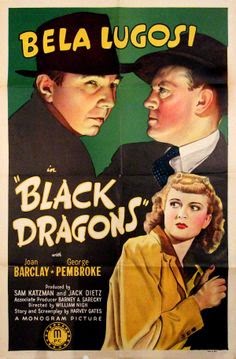 Another terrific poster - this one with a wonderful rendering of a very sinister looking Bela Lugosi. But I'm afraid that's not enough. Maybe if they'd featured a black dragon or two breathing fire....Nah, even that wouldn't change my mind. Call me shallow, I just can't get over that woman's hairdo. poster source 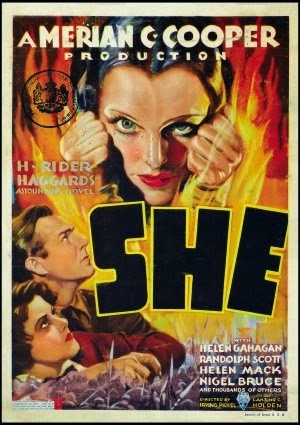 Helen Gahagan billed over Randolph Scott? Excuse me? I'm not making this up. That's what it says down there in the lower right hand corner. Oh and I see Nigel Bruce. Let me think a moment...Nope, even Nigel (who went on to bigger and better playing Dr. Watson opposite Basil Rathbone in the Sherlock Holmes movies) can't make me want to watch this. I must disobey She Who Must Be Obeyed. poster source 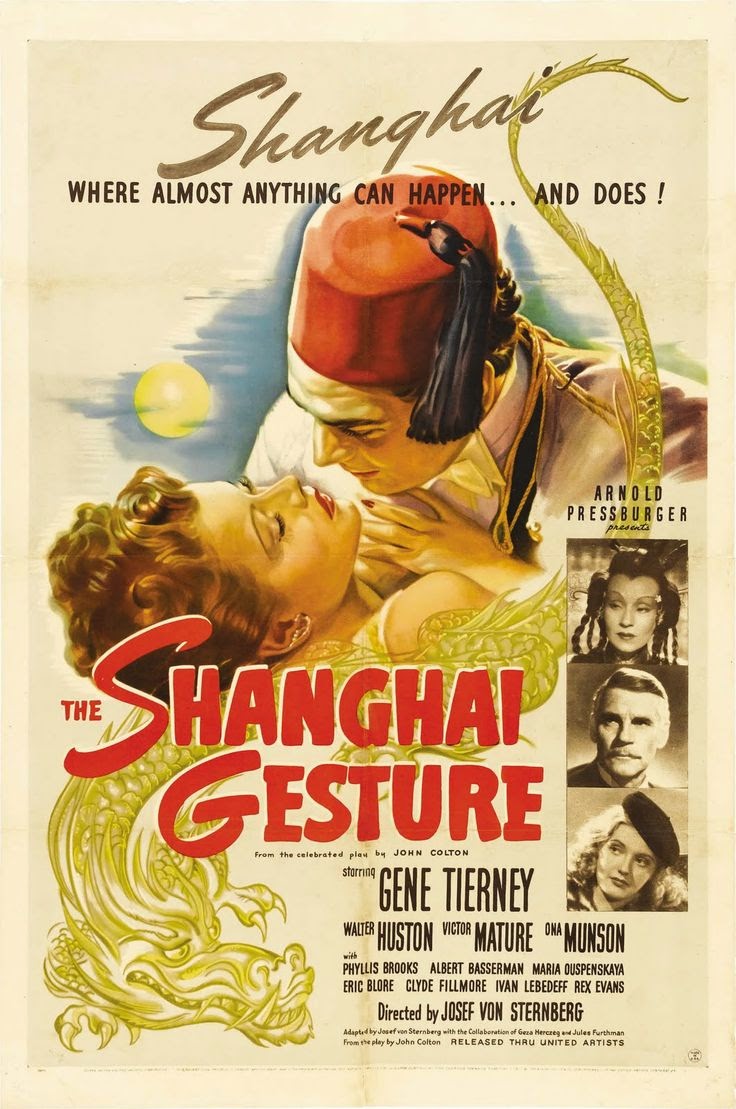 Look, I love a man in a fez as much as the next woman, but I'm going to skip this movie anyway. Though I must admit the cast is tempting: Gene Tierney, Walter Huston, Victor Mature and Ona Munson. Maybe not entirely household names, but close. And directed by Josef von Sternberg too....Jeez, that fez sure is tempting. Hard to imagine Victor in a fez. Well, maybe at a jaunty angle. poster source 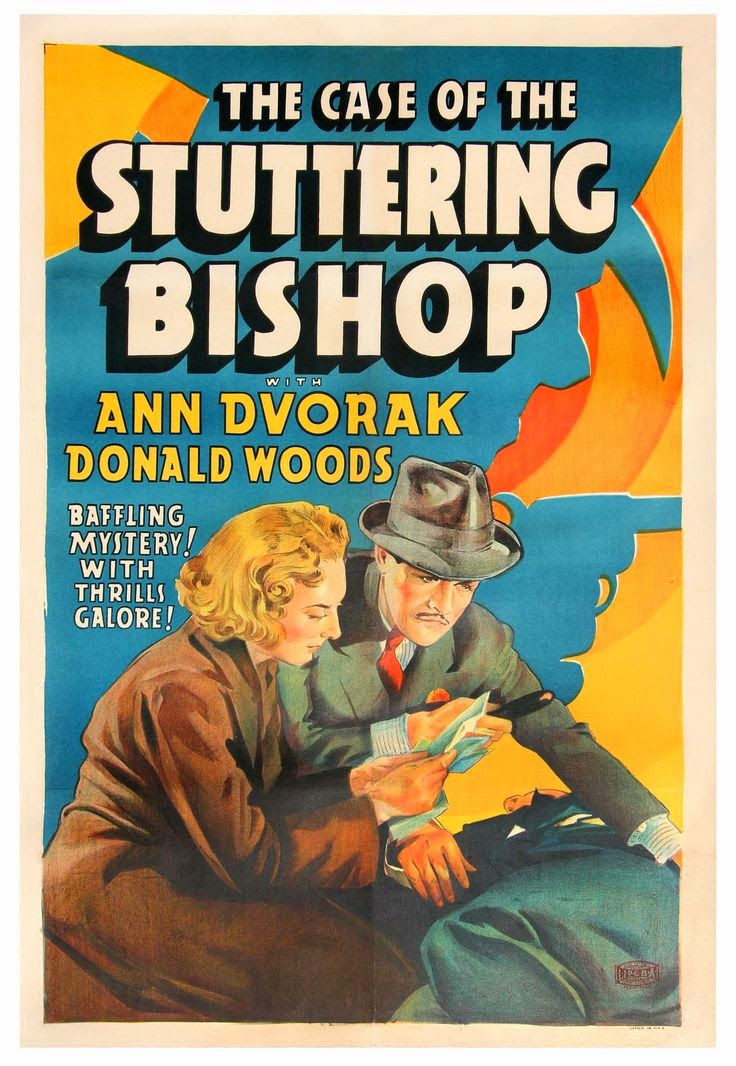 I probably read the Perry Mason book this movie is based on, but never mind. Ann Dvorak and Donald Woods are playing, I suppose, Perry and Della. Here's my question: Where's Warren William? (Be still my fluttering heart.) Now HE, I'd go see - starring as Perry, that is. I've been meaning to buy the WW Perry Mason movies - only way I'm ever going to see them, that much I know. But Donald Woods? Gotta' admit though, that title is one of the very best Erle Stanley Gardner ever came up with. poster source

I've never seen these films and I don't really want to. Please don't make me. Please nobody tell me I'm overlooking a gem, I simply refuse to believe it. But there's no getting around the fact that the posters are spectacular. I'd love to hang these on my walls (if I had any space left, that is).

Okay, okay, I admit it: Back in the day, I'd probably be lured into the theater in spite of the  posters. What did I know? I was young then and lacked taste and discrimination. Ha.

Since it's Tuesday once again, don't forget to check in at Todd Mason's blog, Sweet Freedom, to see what other movies, television or other audio/visuals, other bloggers are talking about today. We're a delightful bunch.
Posted by Yvette at 10:00 AM