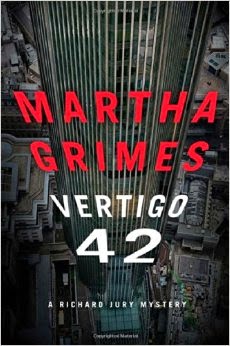 I know, I know, I didn't realize she'd written another Richard Jury book either. Rushed to the library and there it was waiting for me. I gasped with delight. I've read every single Jury book so a new one is Big News. At some point I've always meant to re-read the entire canon since you know what my memory is like. I adore this arcane, hard to get into, occasionally hard to fathom series. If you, like me, enjoy finding moments of absolute brilliance here and there in the middle of a mystery series, this is the one. 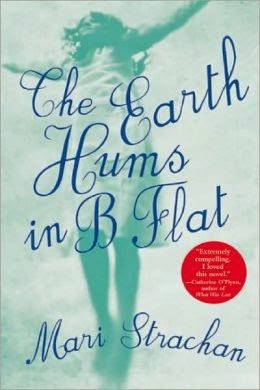 Thanks to long-time blog fan Kathy's generosity, I now own my very own copy of a book which sounds like an absolute delight. I am very fond of stories narrated in the first person by a 12 year old if they are well conceptualized and well written and this one looks like it fits the bill.

Read about THE EARTH HUMS IN B FLAT, here. 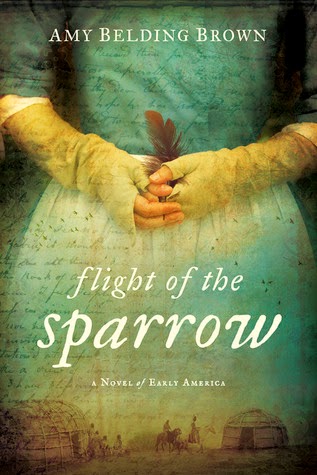 I've never forgotten (hard to believe, I know) a book I read many MANY years ago: THE LIGHT IN THE FOREST by Conrad Richter. All about a young white boy kidnapped in a raid by the Lenni Lenapi and then the eventual trials and tribulations when, as a grown man, he is reunited with his white family. It was made into a film starring James MacArther (Helen Hayes' son) by the Disney people and it was pretty good. Anyway, when I read the synopsis of FLIGHT OF THE SPARROW and found it was based on an actual kidnapping of a Puritan minister's wife back in the 1600's, I was rightly intrigued.

Read more about FLIGHT OF THE SPARROW by Amy Belding Brown, here .
And to read more about THE LIGHT IN THE FOREST by Conrad Richter, please go here. 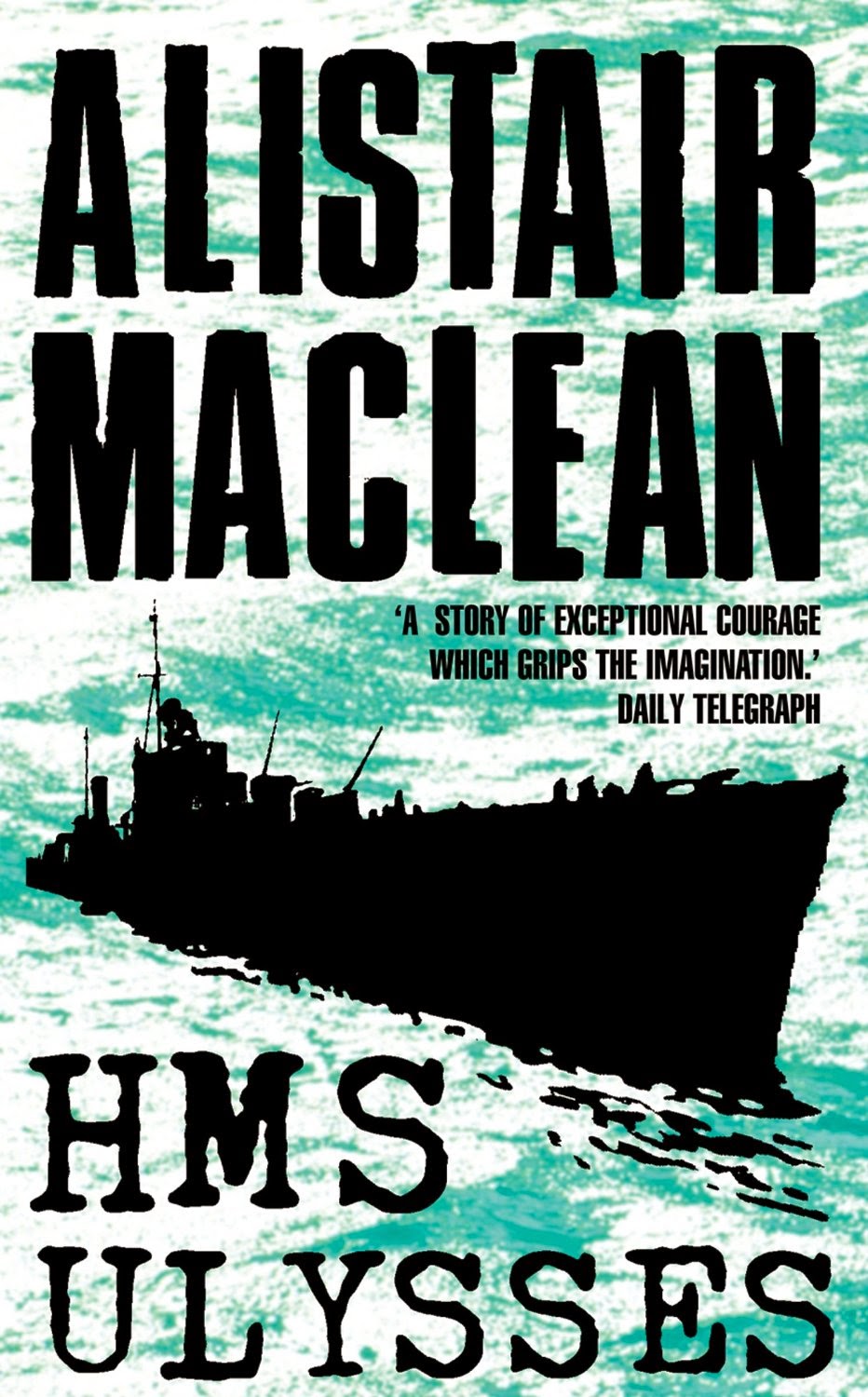 The MacLean book I really want to read is THE GUNS OF NAVARONE (remember the movie with Gregory Peck and David Niven?), but my library is unfortunately very limited in this author's books and this is one they had. Definitely a 'must be in the mood' book though I read that it is one of the very best of the WWII sea faring sagas. 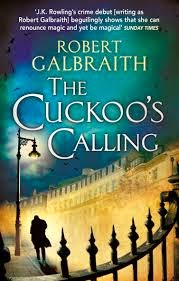 Yes I know Robert Galbraith is really J.K. Rowling but I enjoyed the Harry Potter books and I'm curious to see what Rowling does with the mystery/thriller genre. PLUS I've read good things about this even if the book is being described as noir. PLUS how can I resist a book in which the hero is named Cormoran Strike? Will report when I've finally gotten to it.

To learn more about THE CUCKOO'S CALLING, please go here. 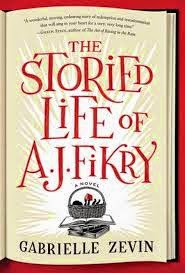 And odd story about a slightly odd, woebegone (and rather cranky) widower who owns a bookstore in a place called Alice Island in which he is fortunate enough to be the only game in town - book-wise. When I read that a book is about 'redemption and reformation' I usually run the other way. Those two words mean 'book club book' to me and that's not my gig. But occasionally one will slip in under my guard.

So far (I'm currently reading this beside my Tolkien THE TWO TOWERS book - yeah, go figure) this is an engaging and even absorbing book about spiritual loneliness, the love of books, the workings of a bookstore and the often confounding unexpectedness of life. I'm having a lovely time.

To read about THE STORIED LIFE OF A.J. FIKRY, please go here. 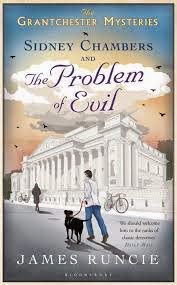 I read the previous two in this gentle (well, gentle with a murder or two thrown in) self-effacing series set in the 1950's, about a British clergyman who gets involved in mystery solving and though, to me, this seems a highly improbable concept, I am enjoying the reading of it. Primarily because I like the canonical hero, Sidney Chambers and I love the English countryside setting. In this third book, Sidney is adjusting to married life and ready to solve whatever crimes might come his way. These books are really short story collections since Sidney gets involved in several unrelated crimes in each book, but it's handled so well I don't mind.

Just found out there's a television series in the works. To read more about this and see a clip and to read about author James Runcie and the Sidney Chambers books, please go here. 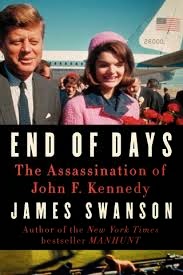 The last three titles on my list this time out are non-fiction books I'm eagerly looking forward to because I've read these authors before and know how good they can be at what they do.

I've never read a book about the Kennedy assassination (except for Stephen King's ll/22/63 which is high concept fiction highly recommended by me) and I'm not at all sure, even now, that I'm ready to read this non-fiction moment by moment account of a day people my age will never forget - probably one of the most harrowing events in my lifetime. After all these years it still hurts to read about and it still seems like it happened just yesterday - it was THAT earth-shattering.

Anyway, I'm going to give this book a go and see if I can take it. I read James Swanson's MANHUNT The 12 Day Chase for Lincoln's Killer and liked it very much. It's the sort of book that reads like fiction and is even more amazing for that fact that it's all true. Highly recommended.

To read more about author James Swanson and his books, please go here. 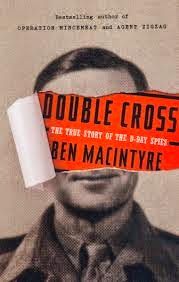 I've read and recommend OPERATION MINCEMEAT and AGENT ZIGZAG, both by this author and so I'm looking forward to heading back to WWII to find out more about the ultra secret war behind the scenes and the eccentric bunch of agents who helped make the invasion of Normandy possible.

These stories are all the more implausible when one considers that they really and truly actually happened. I love this stuff especially when it's so well written.

To learn more about author Ben MacIntyre and his books, please go here. 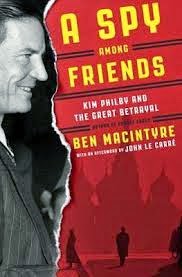 A book I've been looking forward to for a while: A SPY AMONG FRIENDS Kim Philby and the Great Betrayal. I think the title says it all. What drives a person to betray his family, his friends and his country? I love MacIntyre's work (see above) and this is one I may have to drop everything else to read next or at least, sooner than soon.

I wish I could read multiple books all at the same time. I've always thought there must be a way but if so, it continues to elude me. Not an original idea but one that haunts people - like me - who can't read quite fast enough to suit them.

This is not technically a 'forgotten book' list since only one book qualifies, I suppose: H.M.S. ULYSSES by Alistair Maclean, but what the heck. It is what it is.

Todd Mason is doing hosting duties this week in place of Patti Abbott at whose blog we generally congregate for FFB, so don't forget to check in at Todd's blog, Sweet Freedom - to see what other forgotten or overlooked books other bloggers are talking about today. You won't be disappointed.
Posted by Yvette at 10:00 AM