It's difficult to take a movie seriously in which the two male leads are named Gaylord and Reggie. But, it was 1930 and these were thought to be the kinds of 'sophisticated' names which appealed to women in the audience I suppose. Hard to believe, I know.

SIN TAKES A HOLIDAY (1930) is a film directed by Paul L. Stein, starring Constance Bennett, Kenneth MacKenna and the utterly suave as suave can be, Basil Rathbone, in his non-Sherlock days. This is a pre-code release so the actors are free to talk about 'affairs' and 'having lovers' and that sort of thing. Although the leading lady never actually takes the plunge, she just pretends to.

So even pre-code, the bride must be pure and true on her wedding night even if that wedding night doesn't come until the very end of the movie many months after a spur of the moment marriage of convenience and a trip (the bride sails alone) to Paris and other assorted whatnot.

But let's back up a bit: 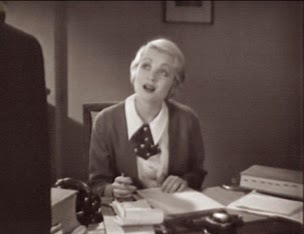 The impromptu marriage was set up by Gaylord Stanton (Kenneth MacKenna), a New York divorce lawyer with a steady stream of female clients and friends who think of marriage as a game of revolving beds. Stanton is unmarried and having a fine time cynically squiring divorcees and about-to-be-divorcees around town. But lately he appears caught in a snare set up by a female dragon-lady hell-bent on marrying him just as soon as she's divorced from her fourth husband - naming Gaylord as correspondent, of course. Ah, the good old days of divorce by correspondent. 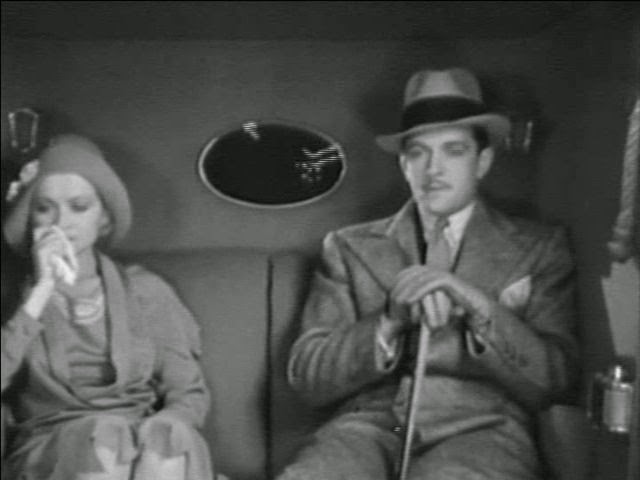 At any rate, Gaylord, you see, doesn't want to marry the vampish man-eater, he just enjoys going to bed with her (implied airily of course). So he comes up with a devious plan: he asks his secretary Sylvia (who, unbeknownst to Gaylord, is secretly in love with him) to marry him - in name only. At first she resists, but then what the heck, it's better than 75 bucks a week and sharing a tiny apartment with two other girls. (One of the girls is played by a very young ZaSu Pitts.)

Now Sylvia is supposed to be 'plain' because she's a mere 'secretary' and not as glamorous as the women who flitter in and out of Stanton's life. But since she's played by Constance Bennett, how plain could she be? Answer: not plain at all. Especially once she's changed into expensive French frocks and begins living it up in Paris in the company of Reggie Durant (Basil Rathbone) whom she meets  on board the ship sailing to France.

Coincidentally, Reggie is a friend of Gaylord's and an equally cynical unmarried man about town who at first glance doesn't recognize Stanton's once plain-jane secretary - got it? (He has to ask the steward who the lady is.)

Long story short, after several months in Paris, with everyone assuming she and Reggie are lovers sharing a gorgeous villa, Sylvia gets a surprising proposal - from Reggie. You guessed it, he's fallen in love with her and wants to marry her - for real. But first of course she must divorce her hubby who is back in New York still carrying on with the same femme for whom the marriage to Sylvia was contrived in the first place.

In the end, Sylvia and the patient Reggie return to the states so she can make her final decision. Gaylord, now jealous of Reggie, decides he's in love with Sylvia after all and somehow or other (not very convincingly to my eyes) convinces her to take a chance and stay married to him. 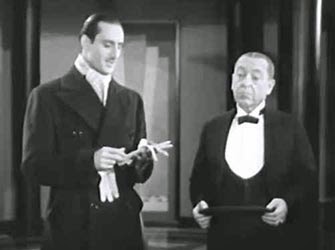 Reggie gets to act very sophisticated and has the last say. To my mind Basil has rarely looked so attractive. Sigh.

Personally, I would have stayed with Basil...uh, Reggie.

This is the sort of not-very-daring, light-weight, light-hearted (despite the cynical talk) film Hollywood was known for back in the day. A romantic bit of entertaining fluff made palatable by the three leads in the cast.

I'm kind of surprised it wasn't re-made later, this would have been right up Carole Lombard's alley.

Since it's Tuesday once again, don't forget to check in at Todd's blog, Sweet Freedom, to see what other films, television or whatnot, other bloggers are talking about today. We're a gregarious bunch.