Tuesday Forgotten (or Overlooked) Film, Television: A query for you movie and television mavens. 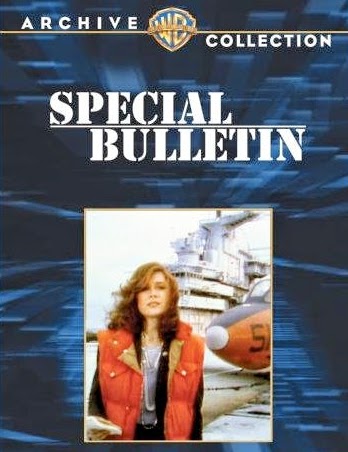 Thanks to you all-knowing, all-seeing movie experts extraordinaire! This is the movie! I also discovered that Warner Bros. Archive has it (or had it) on demand as well as other terrific stuff from 80's television including two unsold pilots from Gene Roddenberry: GENESIS II and PLANET EARTH, and a show I'd long thought I'd never see again, THE MAN FROM ATLANTIS with Patrick Duffy in gills! Ah, memories. Check out this link for more titles.


Okay, I'm trying to find (if it still exists and I don't see why it shouldn't) a made-for-television 'film' done several years ago (more than 20 I think) about a nuclear incident which takes place at the NYC harbor.

(I was wrong - it was Charleston Harbor, South Carolina.)

The thing was shot on tape, on location, to give it a newsy verisimilitude, make it seem as if it were actually happening in the moment and the bulletin had just broken in to your regular nightly viewing. Fascinating and very ahead of its time. I remember being glued to the television set. If you weren't paying attention you might, for a few moments anyway, had thought it was really happening.

The film begins with a bulletin from a young gung-ho reporter who excitedly speaks to us as events unfurl. It seems a group of young anti-nuclear (I think) terrorists, definitely not Middle Eastern (those weren't the times) have somehow gotten their hands on an A-Bomb which they've tucked away on a ship in the harbor. At least that's how I remember it.

They want something or other from the government or they'll blow up part of Manhattan.

Well,there's some tension (as you may imagine) among the terrorists about whether they're actually going to do this - release the bomb, I mean - and then I lose track of the story.

Well, the bomb is set off - I think, accidentally, and the reporter (among many others) is killed and then we have the aftermath and what happens next. Heart-stopping. VERY dramatic especially on video tape.

I sort of remember that the whole thing has a rather bitter deflating ending of the 'get over it and move on' variety so prevalent today.

I surely would like to see this again, but damn if I can remember any more about it.

Any takers? Ring a bell anyone?

Since it's Tuesday, don't forget to check in at Todd Mason's blog, Sweet Freedom, to see what other forgotten or overlooked films, television and/or other audio visuals other bloggers are talking about today. We're an engaging bunch.
Posted by Yvette at 10:00 AM