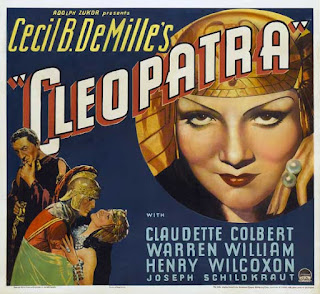 This is a fan letter to CLEOPATRA, the 1934 extravaganza directed by Cecil B. DeMille and starring Claudette Colbert, Warren William and Henry Wilcoxon. 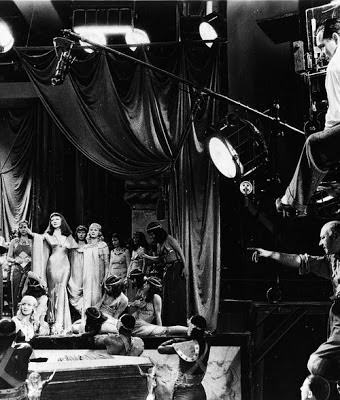 I can't help it, I simply love this movie. Director and flim-flam man Cecil B. DeMille simply (or not) outdoes himself. He and his designers created a phantasmagorical ancient Egypt (in a Hollywood back-lot) in which to place his 'tragic' queen of the Nile and her cohorts - a theme park of wonders to stagger the eye and the imagination. 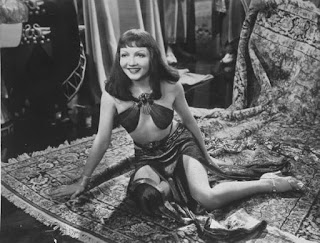 And of course, the magic of Travis Banton (unbelievably uncredited) only enriched the mystique. The brilliant Banton's vividly lascivious costumes for Claudette Colbert dazzle the eye. Colbert never looked or showed herself better.


She is the ultimate coquettish, fantasy dress up doll - from the heels of her gold sandals to the tips of her extraordinary faux Egyptian head pieces.This is a woman who will stop at nothing, not even slinking about in gold lame and sequins - hard to imagine being woven by Egyptian slaves in the desert, but why digress. Cleo is out to conquer an emperor and no detail is too unimportant. 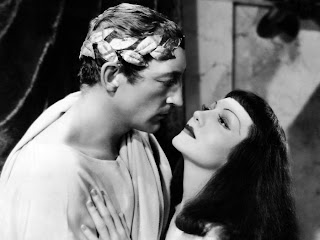 But it's not only Colbert who commands attention (and boy does she) - though admittedly it's hard to turn away from her wickedly dazzling self - the elegant Warren William as the indulgent and oh-so-sexy Julius Caesar caught in a snare of his own making, is superb. 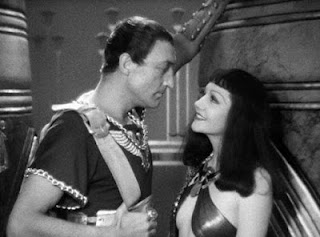 But then, for me, Warren William can do little wrong. I love the way he looks at Cleo, indulging her rather obvious wiles but still captivated by her charm and beauty, not to mention those slinky peek-a-boo gowns. Caesar, imperious, self-important and in thrall to his own ego, mistakenly gambles that he can have it all. 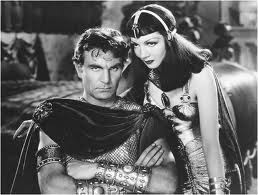 Henry Wilcoxon makes for a beefy, ruggedly handsome Marc Anthony who mopes around the palace like a love-sick teenager, whining when he can't have his own way. It's hard to believe Cleo would turn to Anthony after Caesar, but hey, a queen desperately trying to hang onto  her country can't be too choosy. And after all, Caesar lies dead on the floor of the Roman Senate.

Any port in a storm, as they say.

Apparently though, Cleo comes to love Anthony in her own fashion. The proof? She only just stops herself from poisoning him in the nick of time. Ah, love. 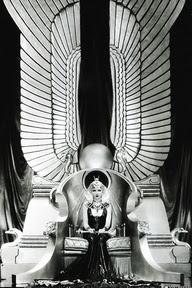 There are many, many things about CLEOPATRA that live on in the imagination and for me make it a film not to be missed. Never mind Liz and Dick's version, THIS is the movie to watch.

For other Overlooked or Forgotten Films and/or other Audio/Visuals, don't forget to check in at Todd Mason's blog, Sweet Freedom for the relevant list and the links. 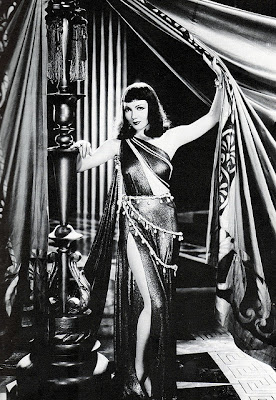 "What - this old thing? I just threw it on spur of the moment."